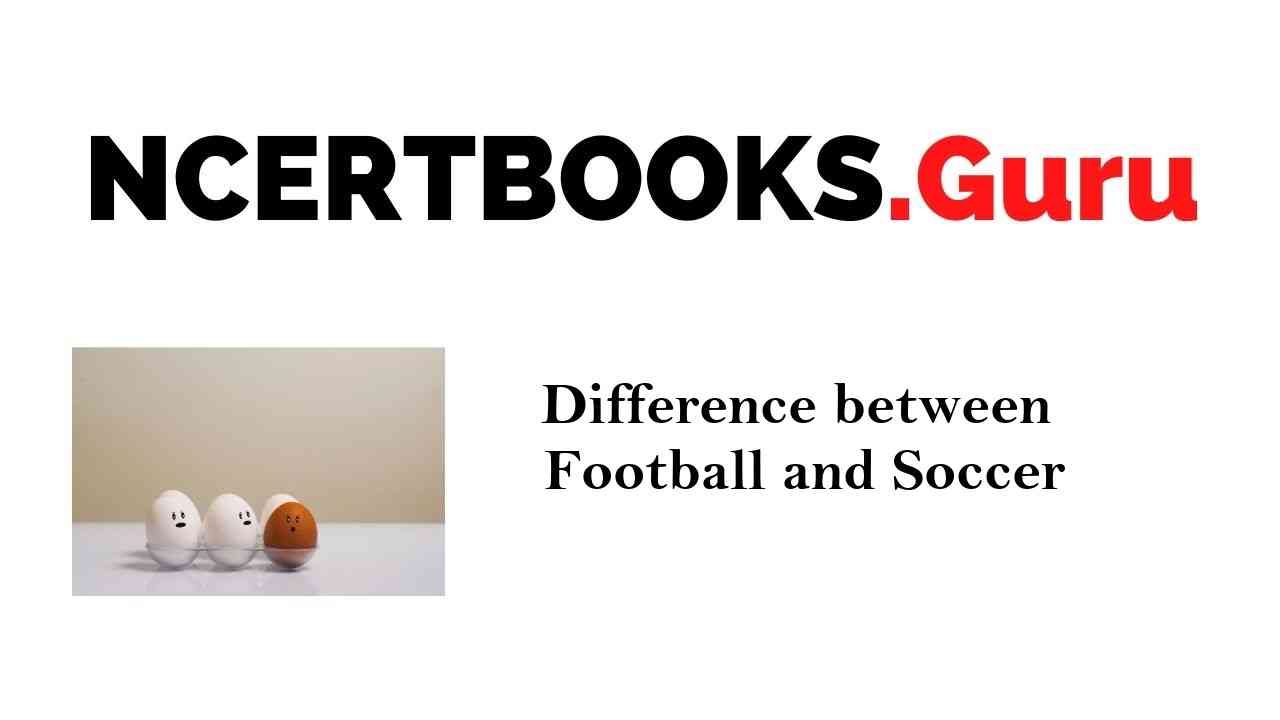 Football refers to an array of sports. Football (American Football) is the term used across Canada and US for a team sport which two teams each of 11 players play on a rectangular field having goalposts at two width edges. On the other hand, Soccer (also known as Association Football) is a team sport played with a spherical ball between two teams of 11 players each. Soccer is also the most popular sport worldwide. 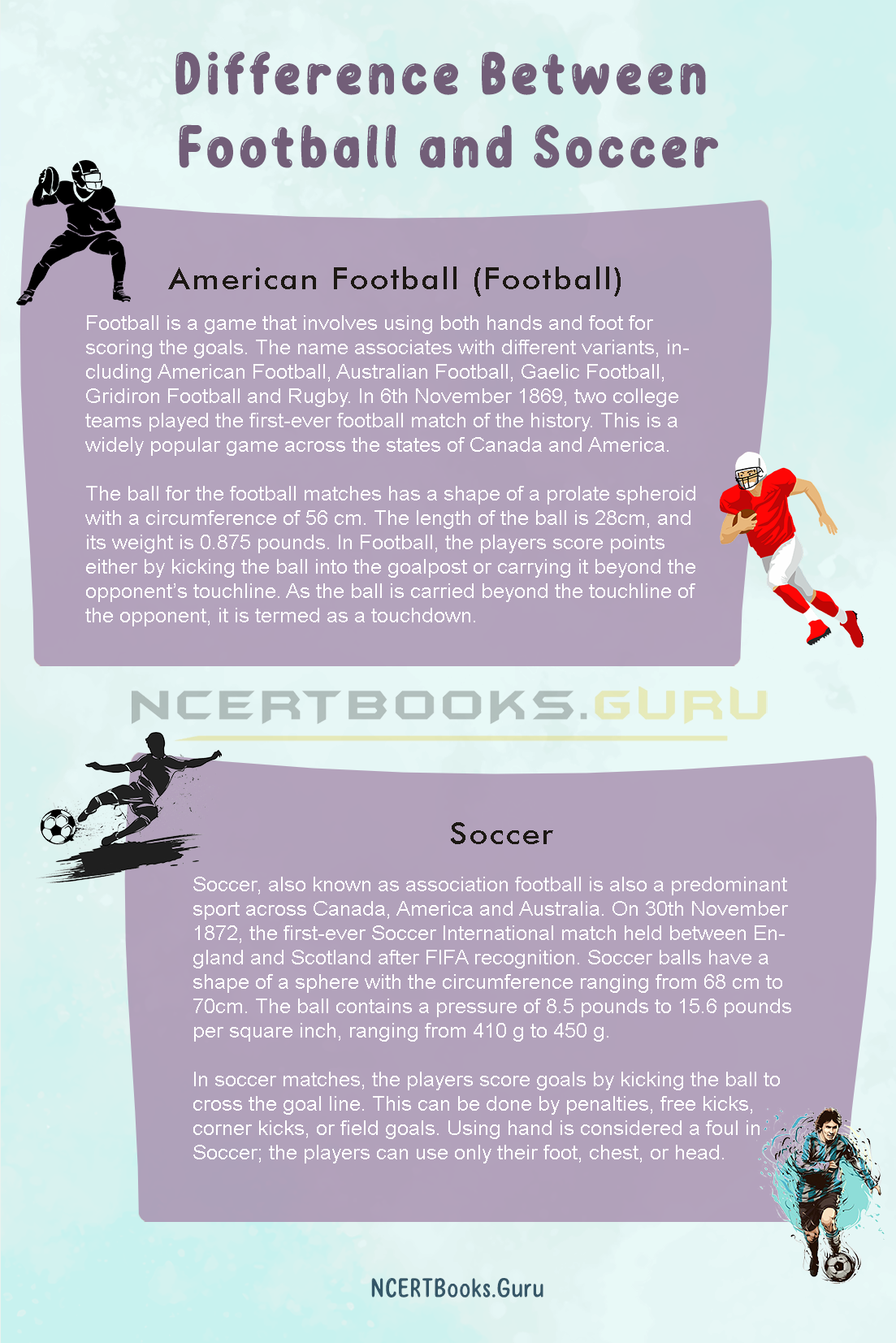 What Is the Difference Between Football and Soccer?

Football is a game that involves using both hands and foot for scoring the goals. The name associates with different variants, including American Football, Australian Football, Gaelic Football, Gridiron Football and Rugby. In 6th November 1869, two college teams played the first-ever football match of the history. This is a widely popular game across the states of Canada and America.

The ball for the football matches has a shape of a prolate spheroid with a circumference of 56 cm. The length of the ball is 28cm, and its weight is 0.875 pounds. In Football, the players score points either by kicking the ball into the goalpost or carrying it beyond the opponent’s touchline. As the ball is carried beyond the touchline of the opponent, it is termed as a touchdown.

Soccer, also known as association football is also a predominant sport across Canada, America and Australia. On 30th November 1872, the first-ever Soccer International match held between England and Scotland after FIFA recognition. Soccer balls have a shape of a sphere with the circumference ranging from 68 cm to 70cm. The ball contains a pressure of 8.5 pounds to 15.6 pounds per square inch, ranging from 410 g to 450 g.

In soccer matches, the players score goals by kicking the ball to cross the goal line. This can be done by penalties, free kicks, corner kicks, or field goals. Using hand is considered a foul in Soccer; the players can use only their foot, chest, or head.

Difference between Football and Soccer

Soccer and Football are two very confusing terms. Both of them refer to different sports, but there is a wider confusion globally regarding their characteristics. Football is a game played with prolate spheroid shaped ball, and Soccer is played with a spherical ball. The football field dimensions are 110m x 50m, whereas that of a soccer field is between 100m x 64m to 110m x 75m. Football matches are divided into four quarters of 15 minutes each, and there is also a half time intermission held after the second quarter. On the other hand, Soccer matches are 90 minutes long and are divided into two halves.

Football matches have 3 to 6 referees, but Soccer has a single referee whom two other ones assist. The number of substitution is also only 3 in Soccer but is unlimited in case of Football. The guards that a football player can use are chest pad, shoulder protector, helmet, upper leg padding, and mouthguard. Whereas, the Soccer players can use shin guards and boots only as of the protective guards.

International Federation of American Football, established in 1998, governs the Football. On the other hand, the governing body of Soccer is Federation Internationale de Football Association, founded in 1904 and currently having 211 national associations as members. Football’s most popular league in the history is National Football League, one of the four major American professional sports leagues. In contrast, the most popular leagues of Soccer are European Continental league (also called Champions League), English Premier League, Germany’s Spanish La Liga Bundesliga, and Italian Serie A.