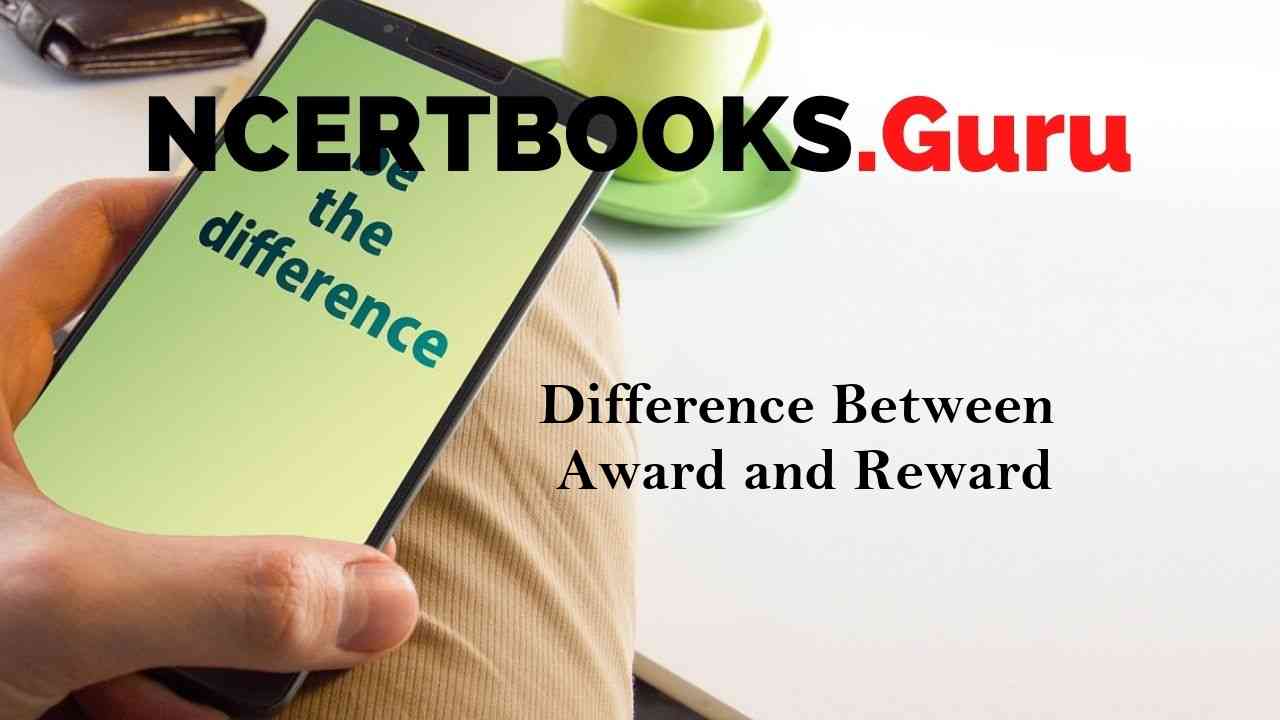 The words award and reward have a similar sound and meaning to it. So failing to recognize the difference between them can be troublesome. This might affect one’s performance in scoring well in the General English section of Competitive exams.

Thus, this written piece can be used as a guide to provide students and competitive exam aspirants with a clear idea between the words award and reward with examples.

What is the Difference Between Program and Programme?

The award is given to a person as a piece or token of recognition for excelling at a certain field and area of expertise. It is a form of recognition and appreciation offered to individuals or an organization for achieving something grand.

The awards are generally gifts, prizes, trophies, accolade, cash, certificates, etc. It is a mark of someone’s excellence or colossal contribution in a certain field. Awards are also offered when an individual breaks a record.

The reward is given to an individual as a token of recognition for their service, effort or achievement. A reward is a gratitude, good work, and faithfulness. It is a kind of motivation or incentive to acknowledge an individual’s effort to complete or work on something. The rewards are usually not publicized, they are given in private, but can be given in front of the public. 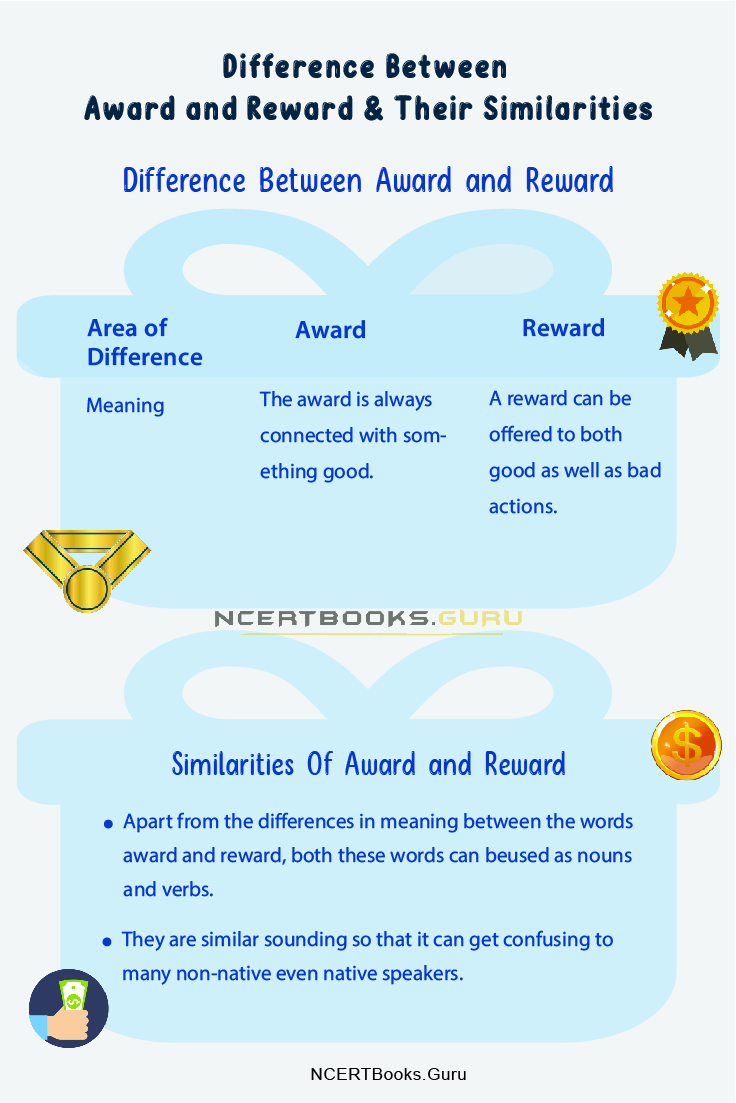 Difference Between Award and Reward 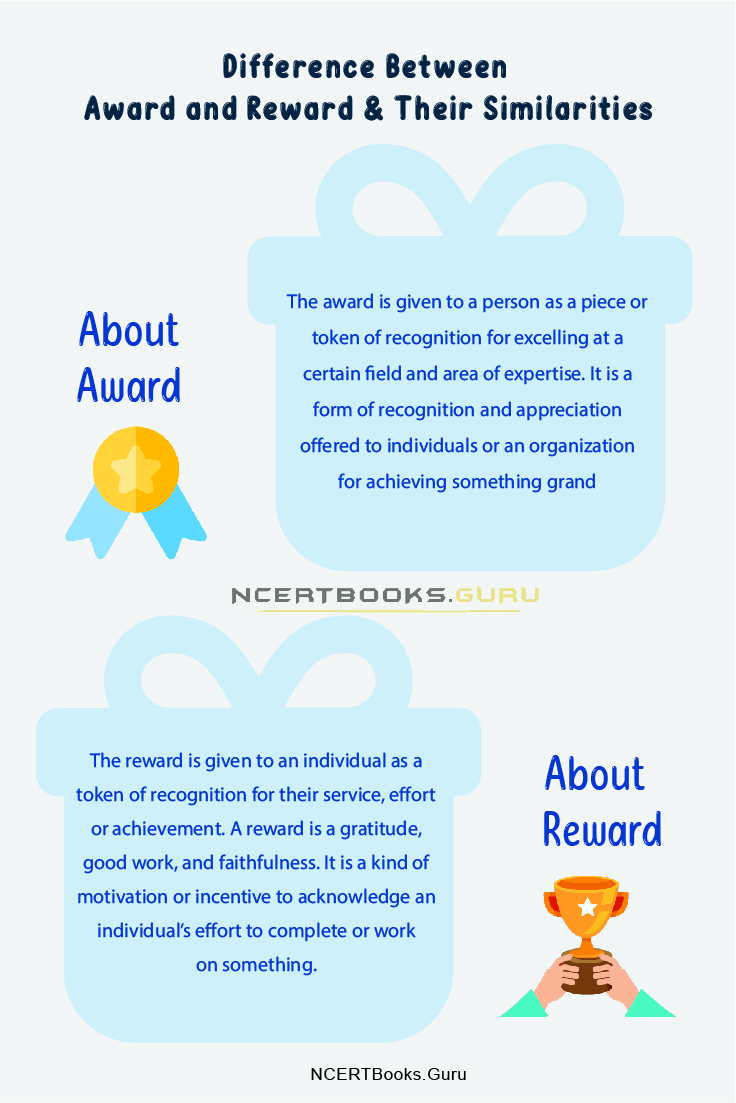 Similarities Of Award and Reward

Frequently Asked Questions on Difference Between Award and Reward

Question:
What is an award?

Answer:
An award is an honour given to a person for achieving something noteworthy.

Question:
What is a reward?

Answer:
A reward is recognition for somebody’s efforts and contribution.

Question:
What are the rewards used for?

Answer:
Companies use rewards and recognition to motivate employees and demonstrate that they are appreciated.