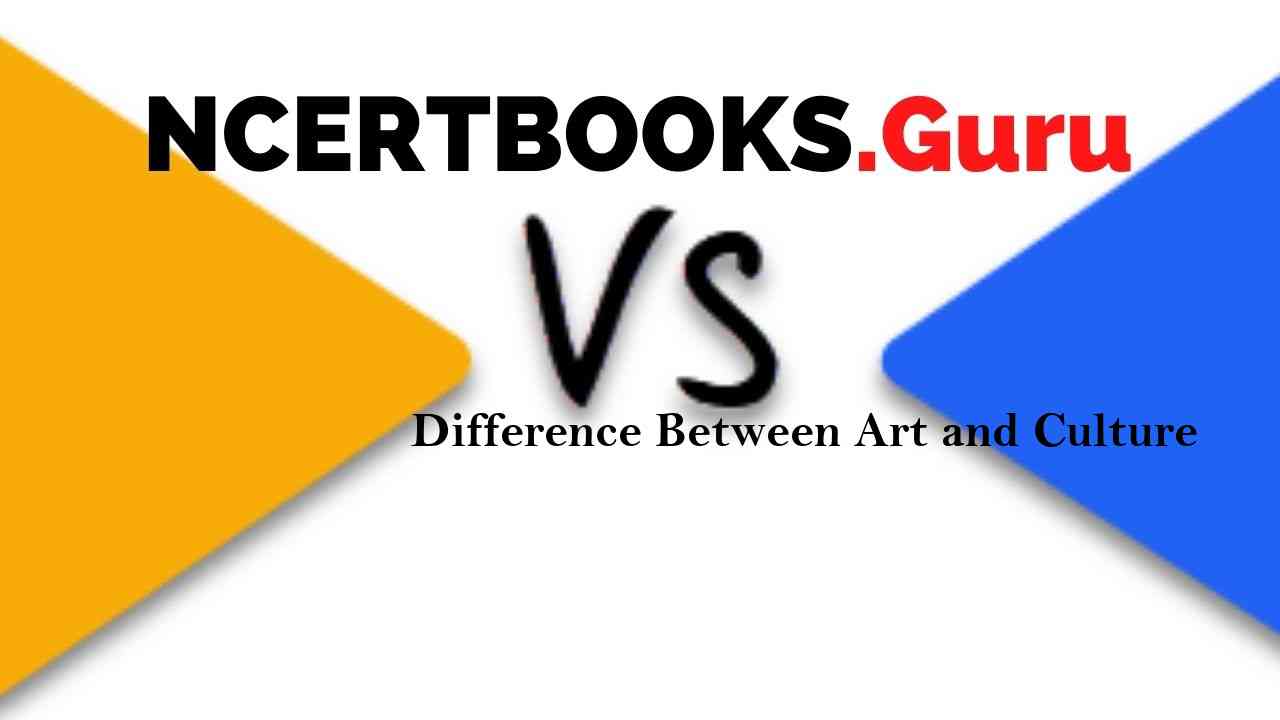 Throughout history, art and culture of numerous kinds and forms have been a part of our societies’ evolution. Art and culture are two modes of expression that human beings have chosen to express themselves, even though the meanings sometimes overlap.

It is also linked intimately to a spiritual belief system for many people globally, including locally based understandings of the relationships between nature, humans, and deities.

What is the Difference Between Art and Culture?

Art, in its deepest meaning, is the expression of creativity or imagination. The term art originates from the Latin word ‘ars,’ which loosely translates to “arrangements.” It is a vast subdivision of culture, composed of many creative endeavours and disciplines.

Art is commonly understood as doing works that use human creative impulse and which have meaning beyond simple description. The term ” creative arts ” signifies a collection of a discipline whose principal purpose is the output of material for the audience to interpret.

The word culture is obtained from the Latin words, ‘cultura’ or ‘cultus’ meaning to “inhabit, cultivate or honour”. Culture refers to human activity, various definitions of culture, different theories for understanding, and criteria for value in human activity.

Present-day anthropologist uses the term to refer to the universal human capacity to classify experiences and encode and communicate them symbolically. 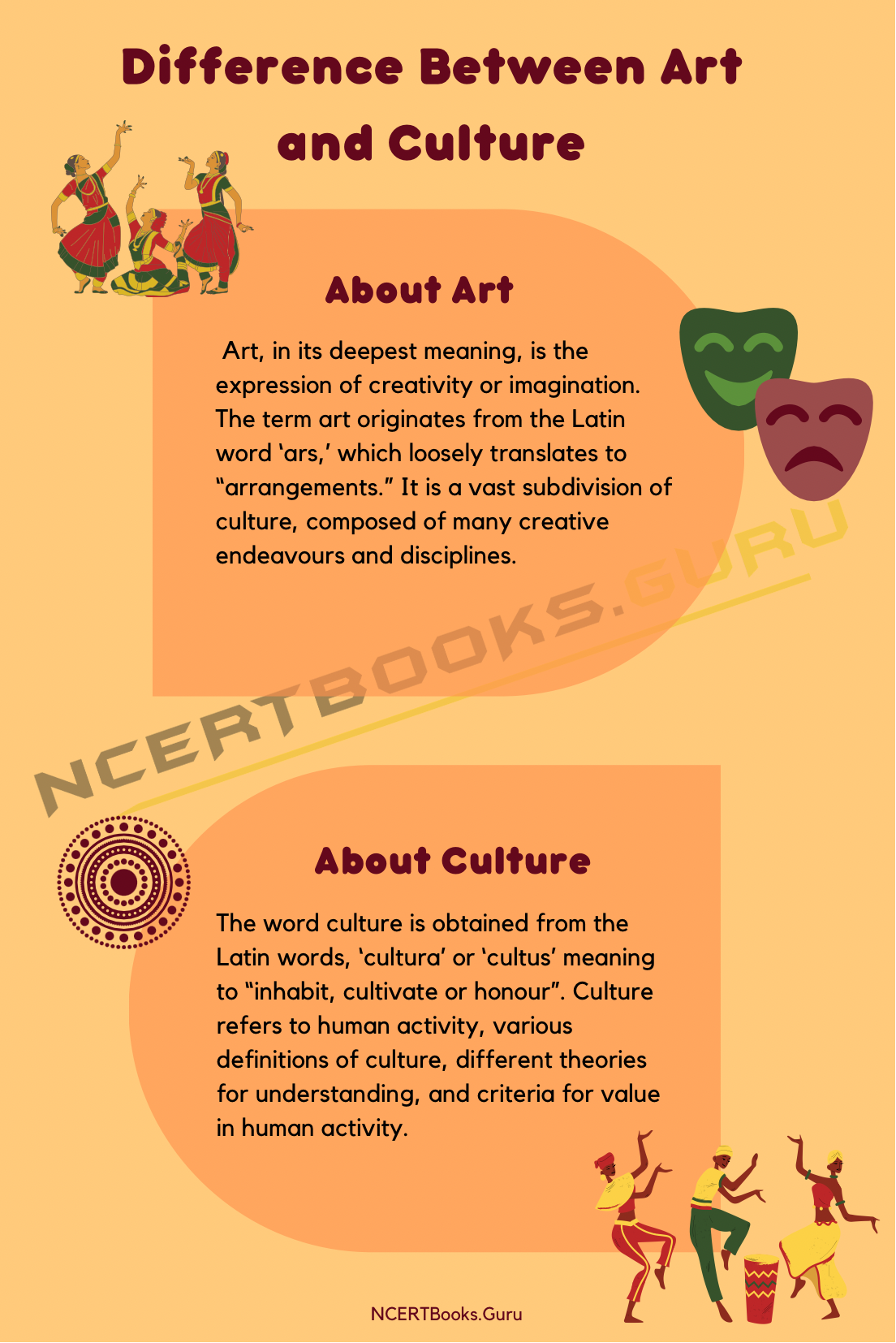 Difference between art and culture 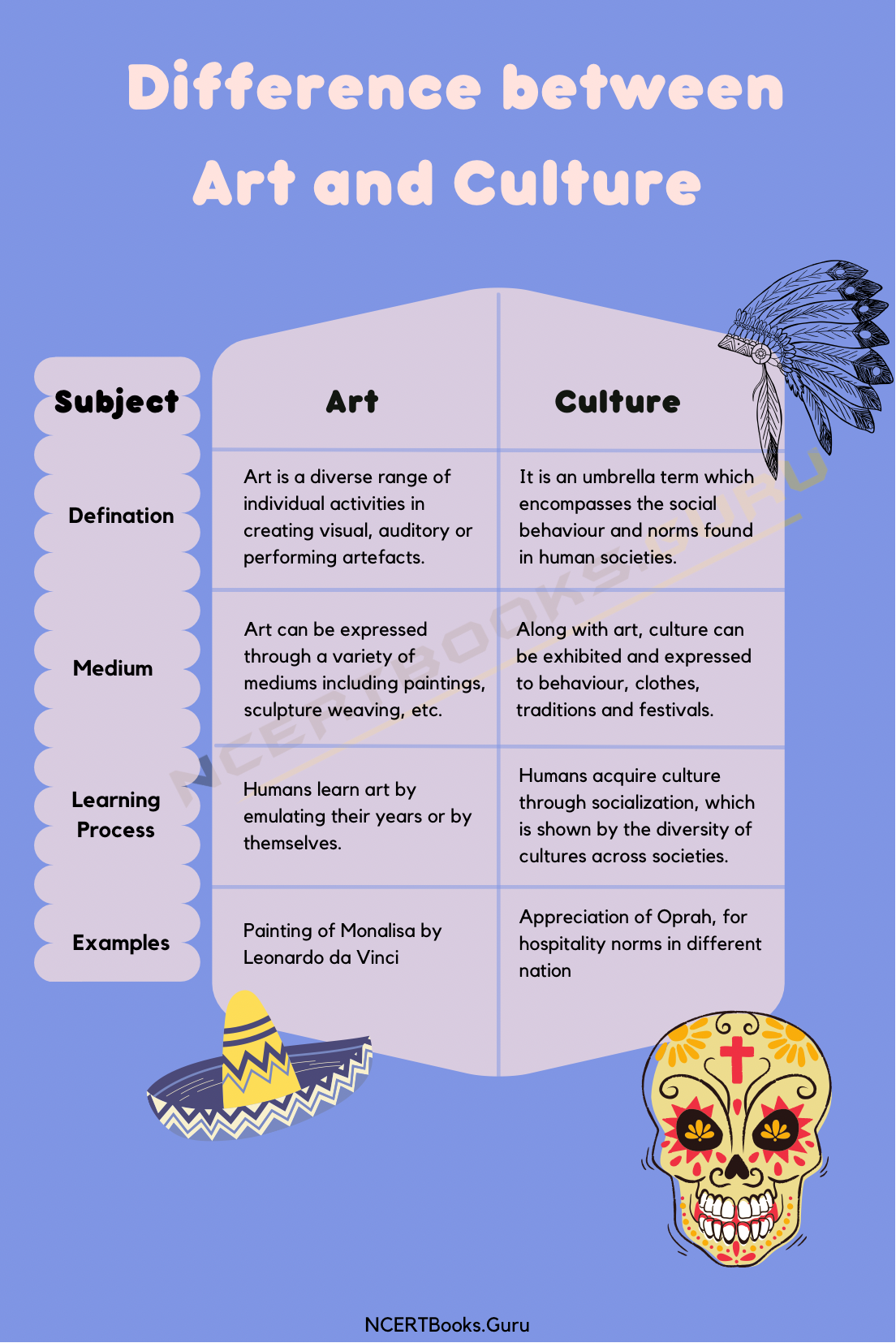 Similarities between art and culture

Frequently Asked Questions on Difference Between Art and Culture

Question:
Why are art and culture important?

Answer:
With better endurance, enhanced health and learning, and opportunities to unite with each other, art and culture enrich the quality of life and boost communities and individuals’ well-being.

Question:
What is cultural belief?

Answer:
The first, and perhaps the most crucial, element of culture is its beliefs. They are tenants or convictions that people believe to be true. Individuals in a society have particular beliefs, but they also shared collective beliefs.

Question:
How are art and culture related?

Answer:
Art influences society by changing opinion across space and time. It allows people from different cultures and different times to communicate with each other via pictures, sounds and stories.