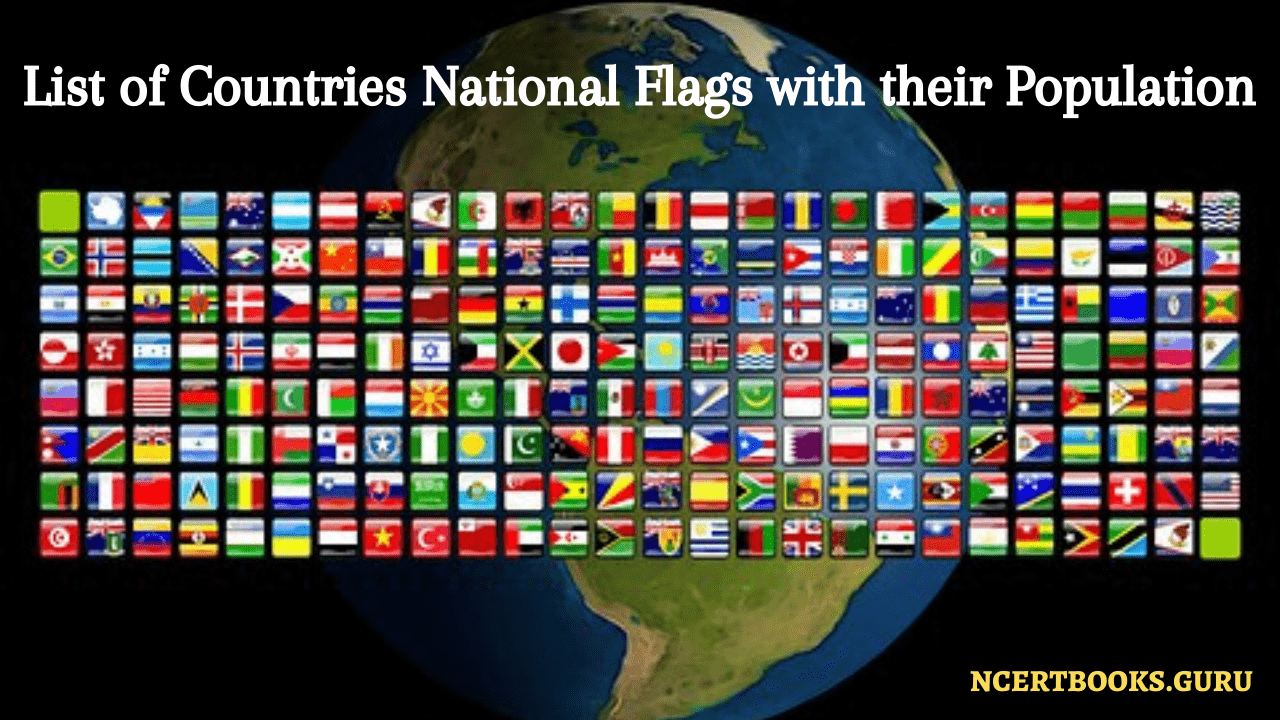 Do Refer: Top 5 Most Populated Cities in the World

The five top-most populated countries in the world in 2019-2020 are China, India, the United States, the island nation of Indonesia, and Pakistan. And the smallest countries in the world among all based upon the population are the island nations in the Caribbean and the southern Pacific Ocean (Oceania). Here, you will find a list of 195 countries’ national flags on the basis of their population. So, check the table below and make the most out of it at the time of competitive exams or GK quizzes or for awareness.

FAQs on National Flags of all Countries by Population

1. How many country flags are there in the world?

There are 195 countries in the world and the list of Uruguaythe countries and their national flags are presented here along with the population count.

2.  What are the flag names that start with the letter ‘A’?

Here is the list of flag names that start with the ‘A’ letter. Also, you can check out their country names along with the names of flags below:

Paul Carroll created the World flag in 1988. It is an international flag that acts as a symbol to encourage “positive global change while continuing to embrace and celebrate cultural diversity.” The 2008 version of the World flag combines with 216 world map flags, which contains the flags of every UN member state, the United Nations, and several territories of larger nations.

Yes, Japan has 2 flags both the Rising San Flag and Hinomaru adopted in 1870 by the new Meiji government.

5. Which country’s flag is this

is the flag for Scotland country.