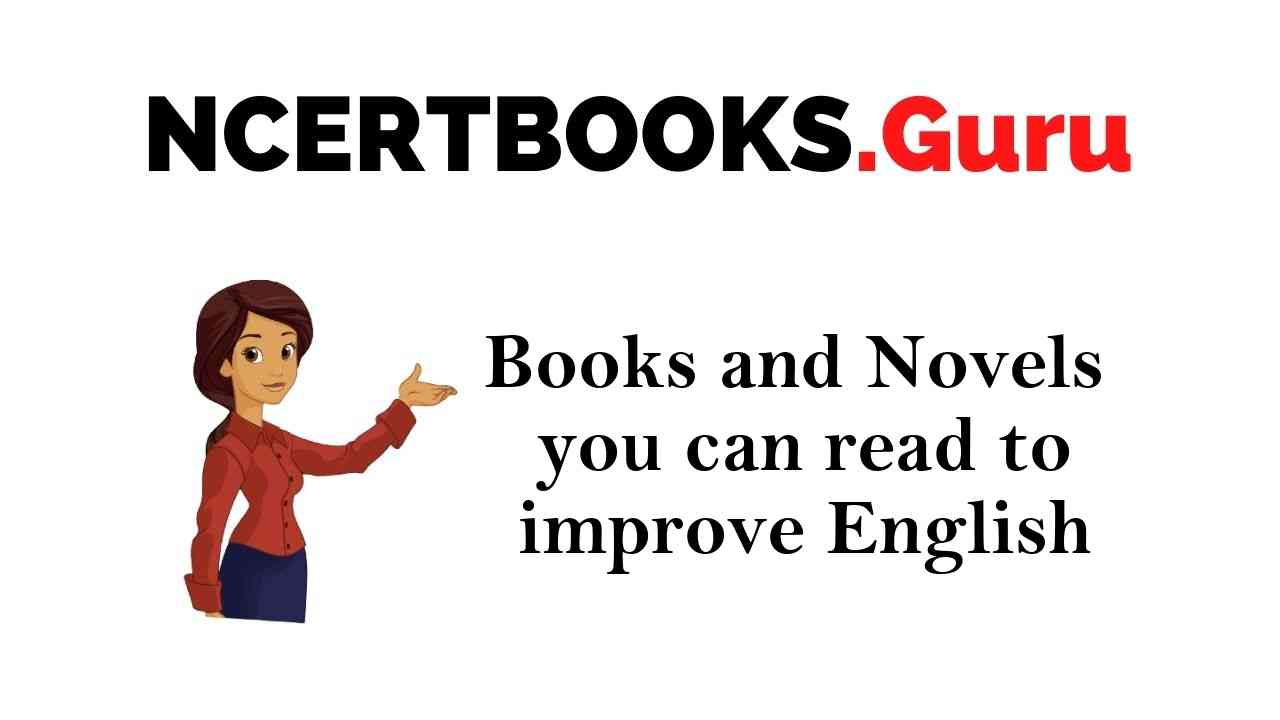 Once an English language learner has learned the basics, it is also essential for them to develop a wide range of vocabulary. This can be achieved through a lot of activities like speaking in English with others, hearing songs in English, watching English movies and series, etc. But the most effective way to improve your English vocabulary is through reading books.

Some Good Novels and Books to Improve English Reading Skills

Books not only improve one’s reading skills but also keep them informed on various topics. Books also help one to think in English instead of their native tongue. Once you grasp the reading of books in English quickly, you will also be able to form arguments in the respective language.

1. The Story of Dr. Doolittle: Animal Talk by Hugh Lofting

One of the novels which are best suited for elementary students or for beginners in learning English is the ‘The Story of Dr. Doolittle: Animal Talk’ written by Hugh Lofting. The beginners might find a few words of the novel’s vocabulary unfamiliar. However, the book contains short sentences and easy grammar use that can be understood and enjoyed without any help.

A top-rated children’s English novel is the ‘Charlotte’s Web’ written by the American author named E.B. White and was published on 15th October 1952. The book is about Wilbur the pig and his friend Charlotte the spider living in a barn.

The story revolves around how Charlotte will save Wilbur’s life. This classic novel appeals to both kids and adults because of the exciting plot that makes it worth reading.

The book ‘Heidi’ is a mentionable work of children’s fiction published in the year 1881 by the Swiss author Johanna Spyri. This book was initially published in two volumes (1880-1881). The novel is about a young orphan girl who was sent to live with her grandfather on the Swiss mountains. The vocabulary used for storytelling in this novel was as elegant as the beauty of it lies in the simplicity of the language.

Another jewel book under the children’s fiction is the ‘Secret Garden’ novel written by the American author Burnett and published in the year 1911. Before publication as a book-form, this story was serialized in The American Magazine.

This famous novel is about a young girl of ten years old, born to a wealthy British family in India and was very spoilt. Her life completely changes after both her parents and servants died in the cholera epidemic.

5. Lord of the Flies by William Golding

This book is a modern classic which students of all over the world are often made to read like a syllabus textbook in schools. The ‘Lord of the Flies’ is a fiction novel about a group of boys that are isolated on a distant island. And later into the story, the society created by those boys descends into brutal behaviour.

Rabindranath Tagore originally wrote the Post Office in the Bengali language with the title ‘Dak Ghar’(1912). To write this story, Tagore used very simple sentences and words to express very complex emotions. In the year 1914, this short story was translated into the English language.

Engulf your thoughts in this bitter-sweet tale written by Tagore about a chronically ill boy. He was confined to his bed and had a perception of the world based on what people who crossed his window told him.

1. Harry Potter and the Sorcerer’s Stone by J.K. Rowling

The Harry Potter series is an absolute young adult favourite when it comes to reading the fiction genre. The ‘Harry Potter and the Sorcerer’s Stone’ is a book which is full of life and keeps a reader immersed. The story revolves around a young boy named Harry Potter who led a miserable life until one day he got an invitation to study in the Hogwarts School of Witchcraft and Wizardry. After attending Hogwarts, Harry’s life completely changes.

2. The Old Man and the Sea by Ernest Hemmingway

‘The Old Man and the Sea’ is a short heroic novel written by the American author Ernest Hemmingway and published in 1952. The writer is well known for his straightforward, clear writing style. Hemmingway uses short sentences to structure his stories, which is very beneficial for intermediate English readers like middle school students.

‘The Old Man and the Sea’ is a tale about an old Cuban fisherman and his battle against the Sea for the biggest catch of his life, i.e. a gigantic Merlin. The story is based on the ‘Man vs. Nature’ theme and portrays the so-called ‘masculinity’. The novel won the Pulitzer Prize for the fiction category in 1953.

One of the greatest works in the mystery genre of English literature is that of the creation of the Scottish author and physician, Sir Arthur Conan Doyle. Sherlock Holmes first appeared in Doyle’s story named ‘A Study in the Scarlet’, published Beeton’s Christmas Annual in 1887. The tales of Sherlock Holmes are set in Victorian England.

The role of Sherlock Holmes is that of a genius consulting detective, as he is also considered to be the pioneer of this profession. Holmes has excellent deduction skills, and that is why his adventures, along with his friend Dr Watson revolve around unveiling the truth behind several thrilling mysteries. Indulge in the exciting tales of Sherlock Holmes and at the same time, improve your English vocabulary effortlessly.

This tragic story revolves around the self-made millionaire and his love for Daisy Buchanan. This book is best suited for advance English readers because the book is a bit complicated in a few places. However, the story is fascinating and will leave readers turning one page after another.

‘Fahrenheit 451’ is a book that unveils the harsh truth about society and the ugly side of political power through a dystopian setting. This famous novel was written by the American author named Ray Bradbury and published in 1953.

The plot portrays the scenario of a futuristic society where books and reading them are banned. To police this law, the work of firefighters in that society is to burn books that are found. Reading this award-winning book will not only enhance your English but also challenge your thoughts while analyzing the plot.

3. The Girl with a Pearl Earring by Tracy Chevalier

An excellent book for those who have grasped the English reading skill well the novel named ‘The Girl with a Pearl Earring’. This historical genre book was published by the American writer in 1999. The story is set Delft, Holland, in the 17th century. The plot of the story is inspired by Johannes Vermeer’s famous painting of the same name. The fictional plot between the model of the painting and the painter is the centre of this novel.

Books will befriend you till the end of time, and the knowledge you can gain from them is immeasurable. Books come in all variety, and you can choose from many genres like fiction, history, thriller, non-fiction, horror, etc. Hope this article helps you in developing a good English reading skill.