Format for Writing an Apology Letter: Did you screwed things at work? Have you troubled anyone in your life? If you have realized your mistake then ask for forgiveness is very important. Apologies can be difficult at all places especially at the workplace but you need to deal with it in the right way. So, writing an Apology letter sincerely makes others feel good.

However, apologies are almost always appreciated when they are well thought out and sincere. Some people trust on apologies, particularly in the workplace, are a symbol of weakness, they can prove that you are capable and in control, as they learn that you recognize an error and how to fix it.

If needed, do explain and make the person realize what exactly happened, but do not try to deflect the blame. Finally, proofread the Letter of Apologize once again before sending it.

How to Apologize and Apology Letter Format? Following is one of the most commonly used formats for an apology letter.

Guidelines for an Effective Apology Letter

Few Samples on How to Write A Apology Letter Effectively?

An apology letter can be addressed either personally or by a third party. Here you’ll found the different styles of writing apology letters like to a customer, to Boss, to a Teacher, etc. Check out these Apology Letter Samples & make use of them whenever you feel sorry about any situation. 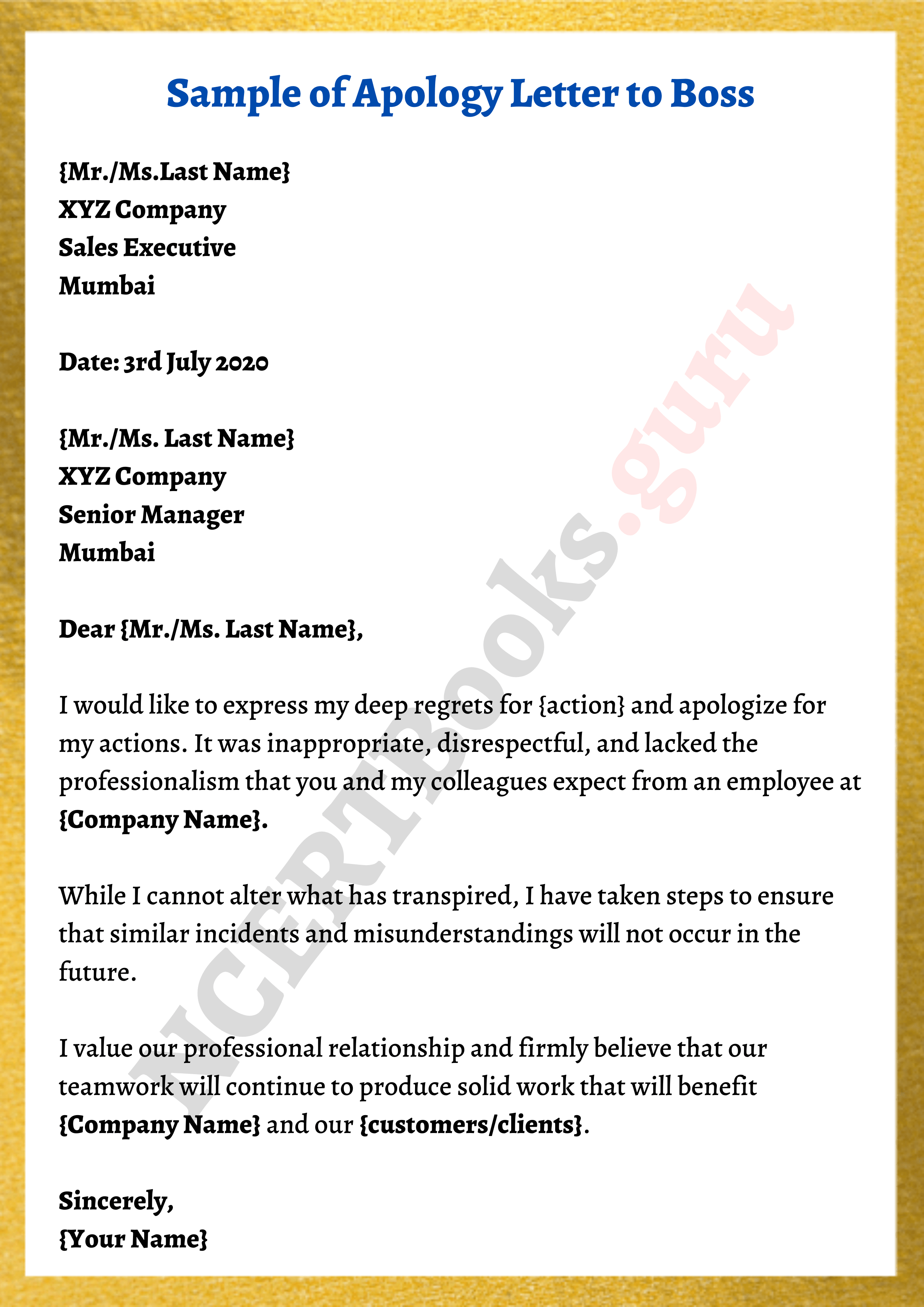 Sample of Apology Letter to a Teacher 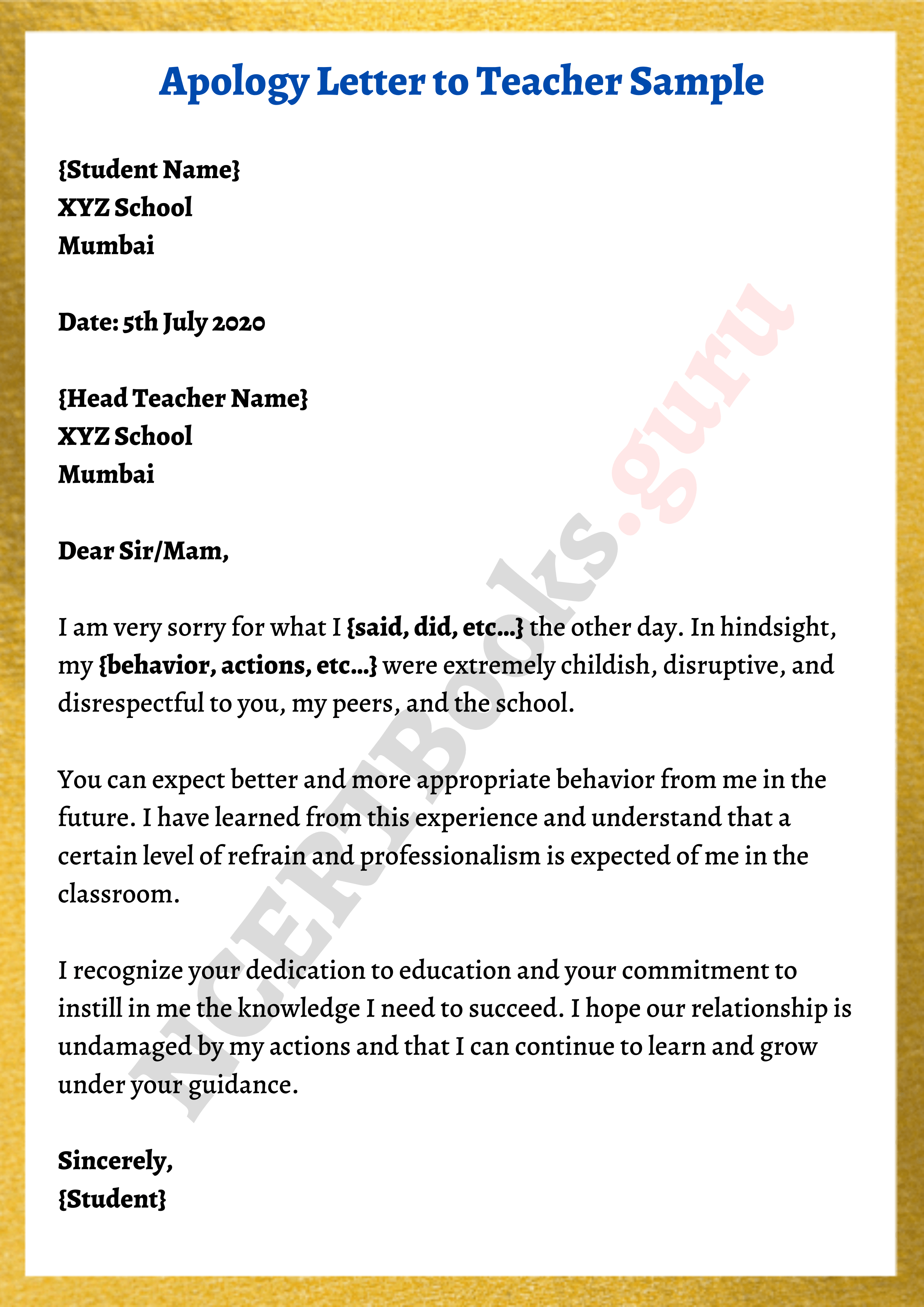 FAQs on A Letter of Apology

1. How to Write an Apology Letter?

2. How to Close the Apology Letter?

After explaining & promising to make damages, you can close your apology by stating, “From now on, I’m going to (how you plan to change your behavior) so I don’t (your offense).”

3. How do you apologize professionally?

Make sure that your sorry feeling should be impactful when you did a mistake professionally. So, write one effective letter and express your remorse for the action. Moreover, apologize for your mistake don’t give any justification or state reasons.