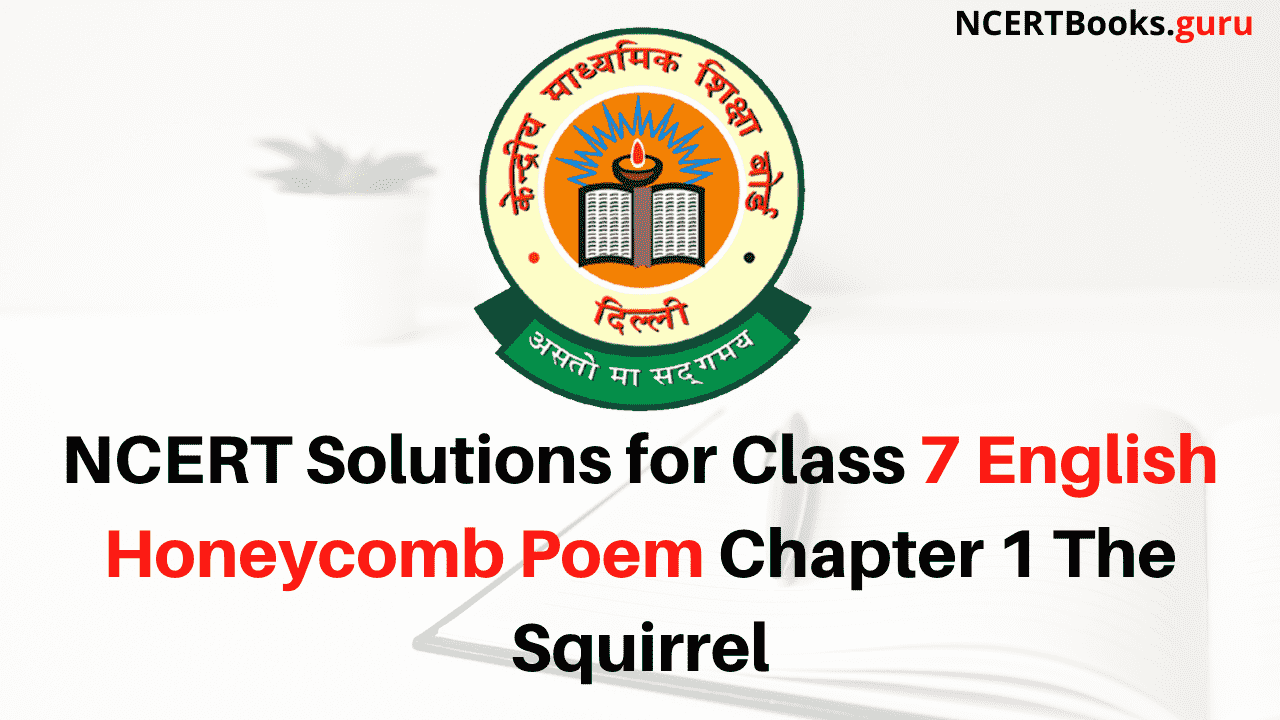 Paraphrase : The formation of the squirrel’s tail that is raised upwards with its tip pointing downwards is identical to a question mark. It is blessed with a gray coat and positions itself straight to eat a nut. The squirrel is quite playful as it loves to run the opposite direction that the prank-loving human beings take when they run around its tree.

Working with the Poem

Question 1.
Why does the poet say the squirrel “wore a question mark for tatl” ? Draw a squirrel, or find a picture of a squirrel sitting on the ground. How would you describe its tail ?    (Imp.)
Answer.
The poet says that the squirrel ‘wore a question mark for tail because the tail of a squirrel appears so. When the squirrel raises it upwards to sit, its tip keeps
pointing to the ground making a sign of interrogation. Its tail can be described as long and bushy. Note. Students should draw a picture of squirrel as directed. Then they are suggested
to describe it in their own words.

Question 2.
Do we usually say that an animal ‘wears’ a tail ? What do we say ? (Think : Does an animal wear a coat ? Consult a dictionary if you like, and find out how ‘wear’ is used in different ways.)
Answer.
No. We do not usually say that an animal ‘wears’ a tail. But we do say that an
animal wears a coat. The different uses of ‘wear’.
(i) to carry or have on the body
Use : He wears a wig. He wears a ring.
(ii) to wear in one’s aspect
Use : He wears a smile.
(iii) to cause to diminish or deteriorate
Use : The waves have worn these rocks.
(iv) to consume gradually by use or any continued process
Use : Illness has worn the bloom from her face.
(v) to retain shape, colour, firmness etc.
Use : It’s a strong fabric that will wear.
(vi) (of time) to pass, especially slowly or tediously
Use: As the day wore on, we grew more discouraged.

Question 3.
“He liked to tease and play”. Who is teasing whom ? How ?
Answer.
The squirrel teases human beings. It does so when it eats nuts and other fruit which human beings eat.