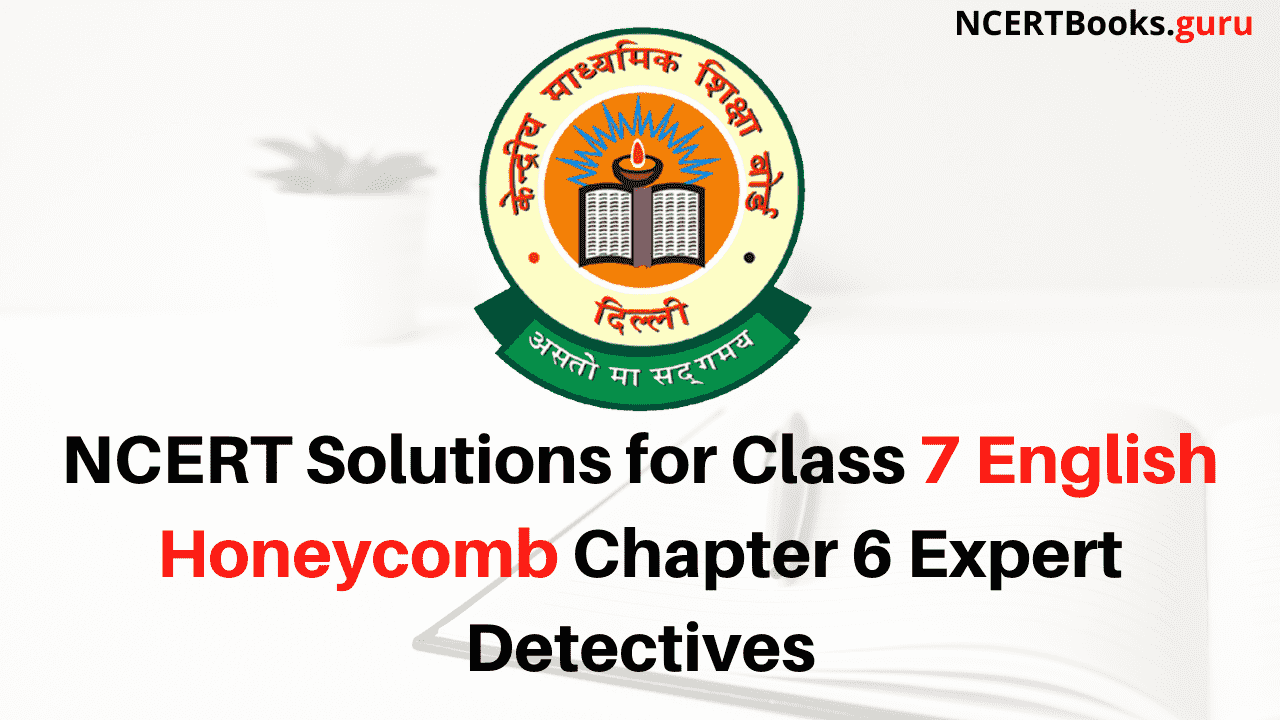 Question 2.
The million of rupees are imagined to be hidden
(a) under the box
(b) in the trunk
(c) in the safe of his almirah
(d) in the big book
Answer.
(b) in the trunk

Question 2.
“Almost every Sunday, he carries two lunches to Mr Nath’s room and the
same man is with him each time. He’s tall, fair, stout and wears spectacles. Ramesh says his visitor talks a lot, unlike Mr. Nath who hardly speaks.” (Page 88)
Questions.

Question 3.
“Criminals can look quite ordinary. “Did you see the picture of the Hyderabadi housebreaker in the papers yesterday ? He looked like any man on the street.” (Page 88)
Multiple Choice Questions
Question 1.
Nishad could not believe Mr Nath to be
(a) a dacoit
(b) a police officer
(c) a crook
(d) a gangster
Answer.
(c) a crook

Question 4.
“If you insist on calling him a criminal, I don’t think I want to discuss any
thing with you, Maya.” Said Nishad angrily. “He can’t be such a bad man if he gives Ramesh such generous tips.”   (Page 91)
Questions.

Question 5.
“I don’t care,” said Nishad Stubbornly, “I like him and I’m going to try and be his friend.” (Page 92)
Multiple Choice Questions
Question 1.
The above statement shows Seven to be
(a) friendly
(b) stubborn
(c) fearless
(d) aggressive
Answer.
(b) stubborn

Working with the Text (Page 93)

Question 1.
What does Nishad find out about Mr Nath from Ramesh ? Arrange the information as suggested below :
• What he eats
• When he eats
• What he drinks, and when
• How he pays
Answer.
Nishad finds out from Ramesh that Mr Nath eats two meals a day-morning and evening. It’s always the same food-two chapattis, some dal and a vegetable.
Mr Nath drinks tea. He takes one cup of tea in the morning and one in the afternoon. He pays cash and tips well.

Question 2.
Why does Maya think Mr Nath is a crook ? Who does she say the Sunday visitor is ?    (V. Imp.)
Answer.
Maya thinks Mr Nath is a crook for many reasons. Mr Nath has many scars on his face. She thinks that he got them during a shoot out or something like that. Mr Nath has no friends except a visitor who comes on Sunday. People around him also stared at him. He does nothing but pays cash for what he eats and drinks.
Maya thinks that his Sunday visitor is his accomplice in crime.

Question 1.
Play detectives with each other. Find a person in your class (or some other
acquaintance) to speak to. Find out the answers to the questions given below. Be careful to ask your questions in a polite and inoffensive way. Do not force the person to answer you. Then allow the person to ask you the same questions.
(i)Name ?
(ii) What newspapers or magazines does the person read ?
(iii) How long has the person lived at the current address ?
(iv) What does she/he do during the day, le., the daily routine ?
(v) What do neighbours and friends say about the person ?
(vi) Who are his/her visitors and what are his/her eating habits ? (You can ask a few others about this.)
(vii) What do you think about the person ?
Answer.
Please try yourself.

Question 1.
Who do you think Mr Nath is ? Write a paragraph or two about him.   (Imp.)
Answer.
It seems that Mr Nath is undergoing treatment of the scars. These scars on the face were caused by burning. Perhaps, he has to undergo some plastic surgery to get rid of the scars.

The scars have made him appear ugly. Perhaps, he looks a little frightening too. So people are not attracted towards him. They do not want to be his friend. Mr Nath understands his problem and so keeps aloof. He likes to meet only his doctor. However, he has a brother who comes to see him every Sunday.

Question 2.
What else do you think Nishad and Maya will find out about him ? How ? Will they ever be friends ? Think about these questions and write a paragraph or two to continue the story.
Answer.
Nishad and Maya are likely to find a few more ordinary facts about him. For example, they may find that Mr Nath has many books in his trunk. He might be spending most of his time in reading or doing some yogic exercises. Nishad will find that his efforts to try to be Mr Nath’s friend will not meet with much success. Maya will find that Mr Nath is very reserved. This will only confirm her belief that he is a crook.
The problem between the two children will be resolved only by their mother. One day she will tell them that Mr Nath is mentally depressed. She will introduce the two children to him. Then of course, they will be friends again.

Step I : Study the following questionnaire and discuss the points in small groups.