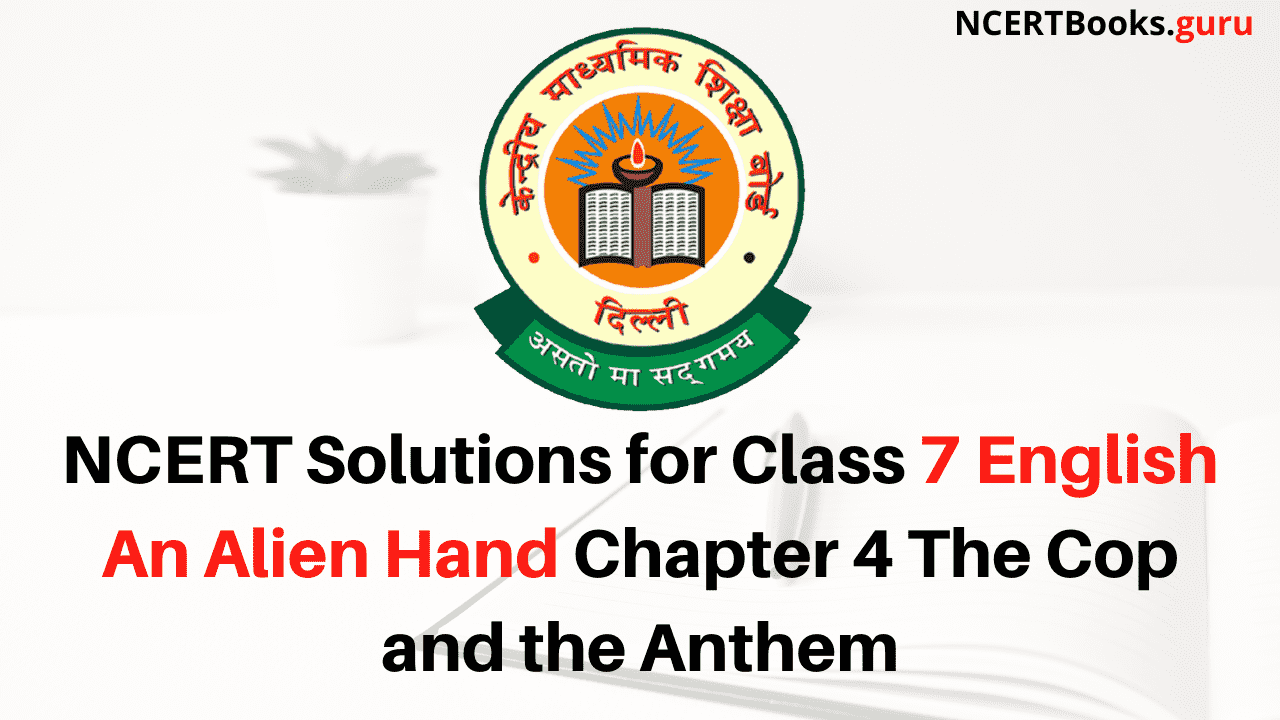 Question 3.
What was Soapy’s first plan ? Why did it not work ?   (V. Imp.)
Answer.
Soapy’s first plan was to have some good dinner at some fine restaurant. Then he would say that he had no money. A cop would be called. He would be taken to a judge and sent to prison for three months.
He tried it twice but failed. In the first restaurant, the head waiter saw his broken shoes. So he turned him out. In the second restaurant he got food. However, they did not call the cop. They just threw him on the hard street out of the restaurant. Thus his first plan of getting himself arrested failed.

Question 4.
“But the cop’s mind would not consider Soapy”. What did the cop not consider, and why ?
(V. Imp.)
Answer.
The cop did not consider Soapy as the possible man who had broken the window (glass). It was so because he had his experiences with criminals. The men who broke windows (glasses) did not stop there to talk to cops. They ran away as fast as they could.

Question 6.
Write ‘True’ or ‘False’ against each of the following.

Discuss the following topics in groups.
Question 1.
Suppose no cop came at the end. What would Soapy’s life be like through the winter ?
Answer.
In case no cop came at the end, Soapy had an alternative plan in his mind. He could move from building to building begging for lodging and food. He was sure to get it easily. But he didn’t like it. He had a lot of self respect. The people who gave shelter were likely to ask many personal questions.

Question 2.
Retell an episode in the story which is a good example of irony in a situation.
Answer.
The episode of breaking the window (glass) by Soapy seems a good example of irony. Soapy broke the window (glass) and told the cop that he had done so.
He wanted to be arrested. But how would cop arrest a man who does not run away from him. His experience is that a criminal never stays at the place of crime. So the irony of the situation is that the cop does not arrest a criminal. It is so because he wants to be arrested.