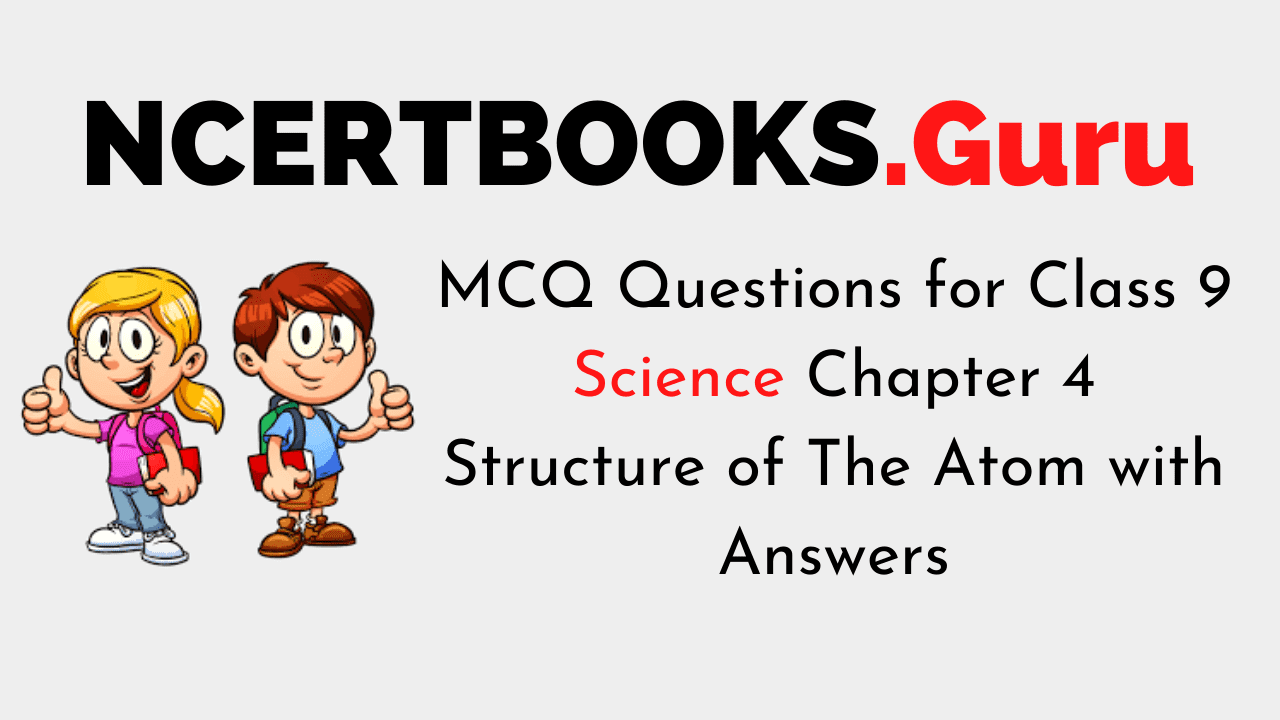 MCQs from Class 9 Science Chapter 4 – Structure of The Atom are provided here to help students prepare for their upcoming Science exam.

MCQs from CBSE Class 9 Science Chapter 4: Structure of The Atom

1. Who discovered the electron?
(a) Rutherford
(b) Chadwick
(c) Thomson
(d) Goldstein

3. Why was the Thomson’s Model of an atom failed?
i. It could not explain the screening of negative charges from that of positive
ii. It did not tell about the presence of electrons
iii. It did not give an idea about the discrete energy levels
iv. It explained the atom as a whole to be electrically neutral
Choose the correct option from the following:
(a) Only (iii)
(b) Both (i) & (iii)
(c) Only (i)
(d) Both (ii) & (iv)

4. What was the source of alpha particles in Rutherford scattering experiment?
(a) Hydrogen nucleus
(b) Argon nucleus
(c) Helium nucleus
(d) None of these

6. Which of the following does not match the characteristics of an Isotope?
(a) Isotopes of some elements are radioactive
(b) Isotopes are the atoms of different elements
(c) Isotopes differ in number of neutrons
(d) Isotopes have similar chemical properties

8. Which of the following elements does not exhibit the electrovalencey?
(a) Sodium
(b) Calcium
(c) Carbon
(d) Chlorine

9. Which of the following statements is incorrect about the structure of an atom?
i. The whole mass of an atom is concentrated in the nucleus
ii. The atom is an indivisible particle
iii. The atom as a whole is neutral
iv. All the atoms are stable in their basic state
Choose the right option among the following:
(a) (i) and (iii)
(b) only  (ii)
(c) (ii) and (iv)
(d) none of these

10. Which scientist gave the concept of fixed energy levels around the nucleus?
(a) Ernest Rutherford
(b) Neils Bohar
(c) J.J.Thomsan
(d) None of these

11. What prevents an atom from being collapsed?
(a) The nuclear forces
(b) Movement of electrons in discrete energy levels
(c) The electron-electron repulsions
(d) All of these