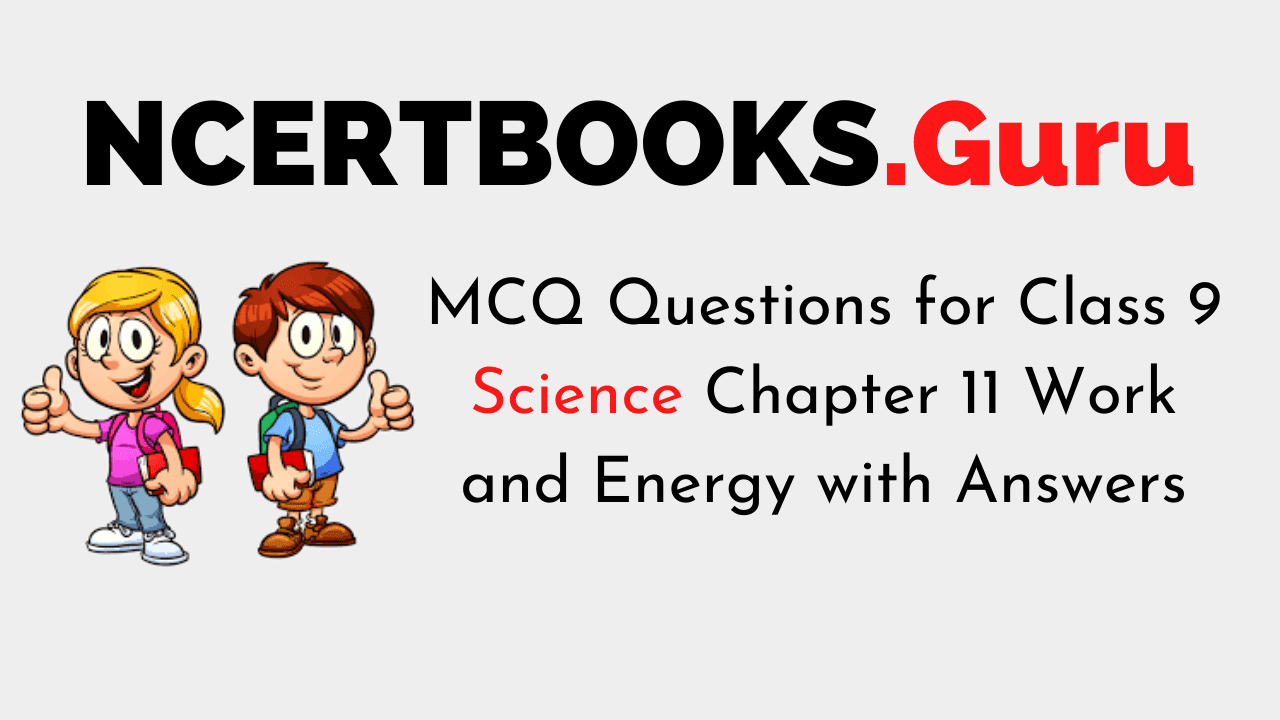 MCQs from Class 9 Science Chapter 11 – Work and Energy are provided here to help students prepare for their upcoming Science exam.

2. When a body falls freely towards the earth, then its total energy
(a) Decreases
(b) Increases
(c) First increases and then decreases
(d) Remains constant

6. Which one of the following is not the unit of energy?
(a) Kilowatt
(b) Kilowatt hour
(c) Joule
(d) Newton meter

13. The work done on an object does not depend upon the:
(a) Angle between force and displacement
(b) Force applied
(c) Initial velocity of the object
(d) Displacement

14. An iron sphere of mass 10 kg has the same diameter as an aluminium sphere of mass 3.5 kg. Both spheres are dropped simultaneously from a tower. When they are 10 m above the ground, they have the same:
(a) Potential energy
(b) Momenta
(c) Acceleration
(d) Kinetic energy