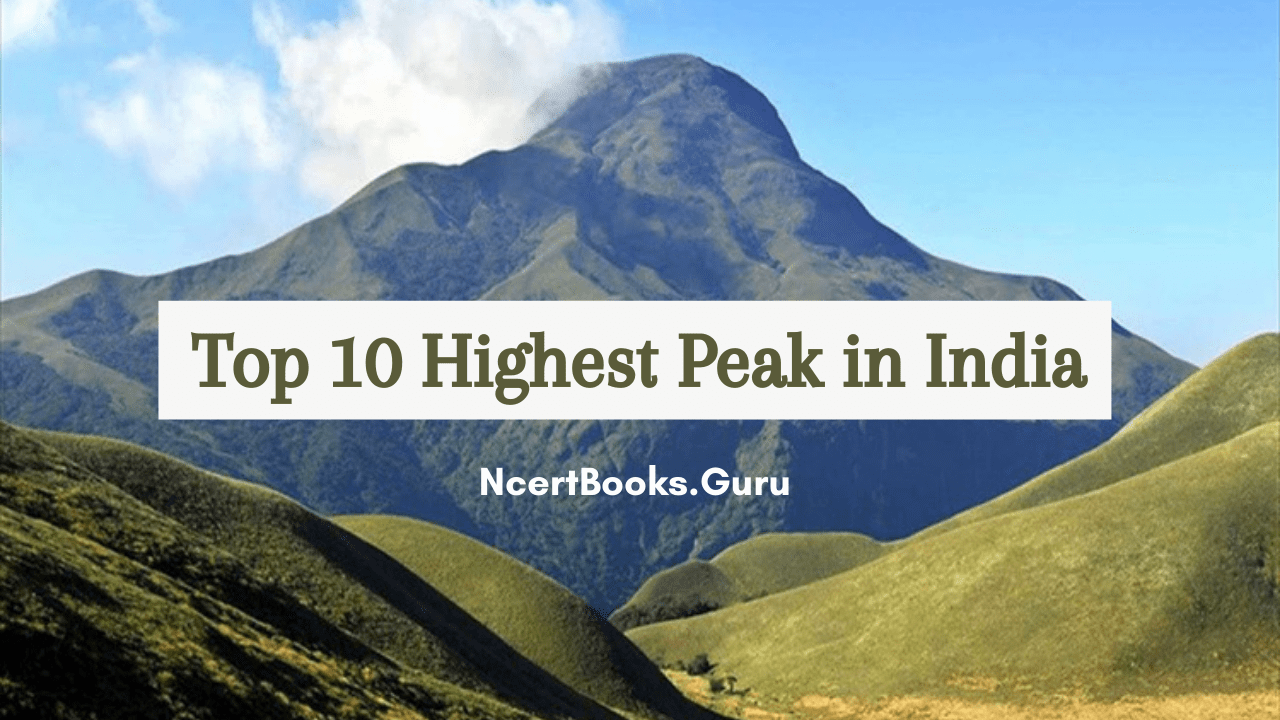 Highest Peak in India: India has 7 major mountain ranges that house diverse mountain peaks and it is a very diverse country. Indian diversity is not only in culturally and lingually but also related to the natural terrain, including valleys, mountains, rivers, flora, and fauna. India has some of the highest mountains which ranks in top three highest peaks in the world’s list. Mostly, the Indian highest peaks are located in Sikkim and Uttarakhand States of India. Also, you can find the list of state-wise Mountain Peaks in India from this article.

The home for one of three Indian highest peaks such as Kanchenjunga, Nanda Devi, and Kamet are Karakoram ranges, Garhwal Himalaya and Kanchenjunga. The first highest summit in India and the third highest peak in the world with an elevation of 8,586 m (28,169 ft) is Kanchenjunga. Excited to know the rest of nine highest peaks of india with their heights and locations, then go through the further sections & memorize thoroughly about the Highest Peak in India Topic to answer various questions asked in the competitive exam under GK General Knowledge Section.

Also Check: Difference Between Himalayan and Peninsular Plateau & Their Similarities

Below is the list of 10 tallest peaks in India with their height in meters and key points about each of the peaks. You can make use of the following table as a quick reference & memorize the details about the Top 10 Highest Peaks of India to answer General Knowledge Questions asked in different competitive exams such as UPSC, SSC, Banks, Railways, etc.

Here, we have elaborated the details about the top 10 highest peaks in India along with its height and the state in which it is located. Have a look at the below modules and also get the list of state-wise highest mountain peaks of India.

Kangchenjunga is the highest mountain peak in India and the world’s 3rd highest mountain peak. It stands tall with an elevation of 8,586 m (28,169 ft) above sea level in a division of the Himalayas named Kangchenjunga Himal that is bounded in the west by the Tamur River and in the east by the Teesta River. The real meaning of Kanchenjunga is “The Five Treasures of Snows” (namely gold, silver, gems, grain, and holy books). The location of Kangchenjunga mountain is on the border that separates India from Nepal. 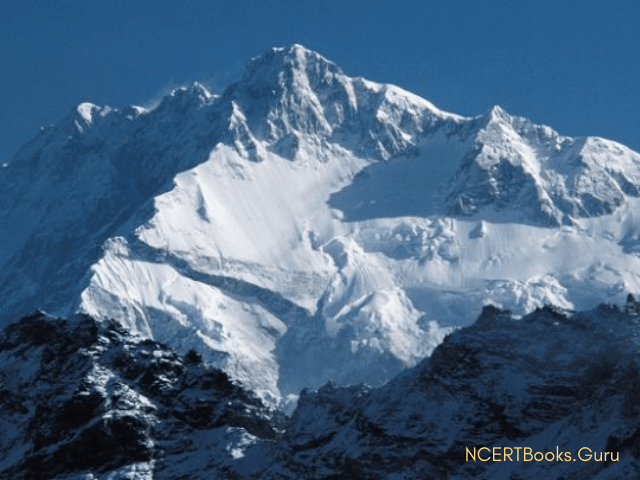 The second highest mountain peak in India is Nanda Devi and it is located in the Garhwal Himalayas region in the state of Uttarakhand, where it claims to hold the maximum height in the state. Actually, Nanda Devi can be said to be the highest peak in India as it lies entirely in India unlike Kanchenjunga lies on the border regions of India and Nepal. 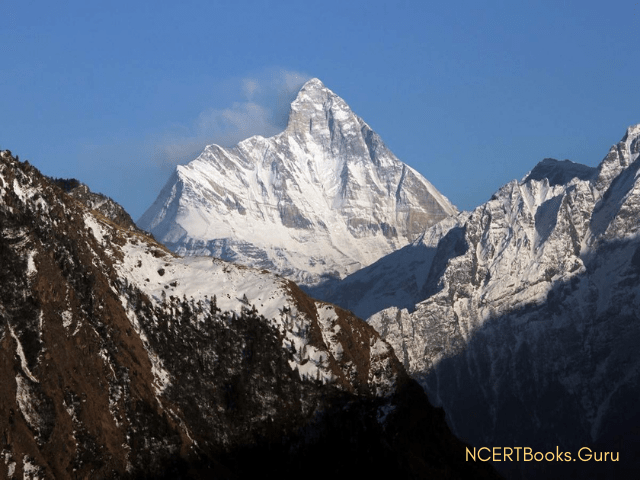 Kamet is the highest mountain peak in India. Also, it is the highest peak in the Zaskar Mountain Range in the Garhwal region of Uttarakhand. It is located quite close to Tibet, which is surrounded by three main mountain peaks. Moreover, Kamet peak is situated north of the main range, presenting it as a remote and rugged site for access and trekking activities. The fourth tallest summit in India is Saltoro Kangri Peak and it is the highest peak of the Saltoro Mountain range, a sub-range of Karakoram (the biggest range of greater Himalaya mountains). It is situated near the Siachen Region. The Saltoro Kangri is ranked the 31st world’s highest independent peak. 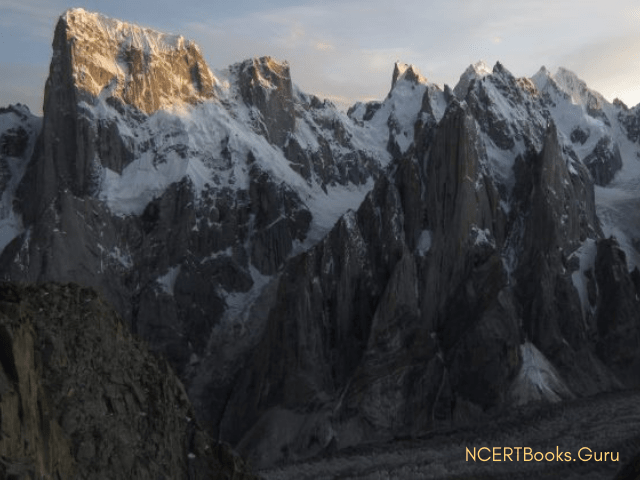 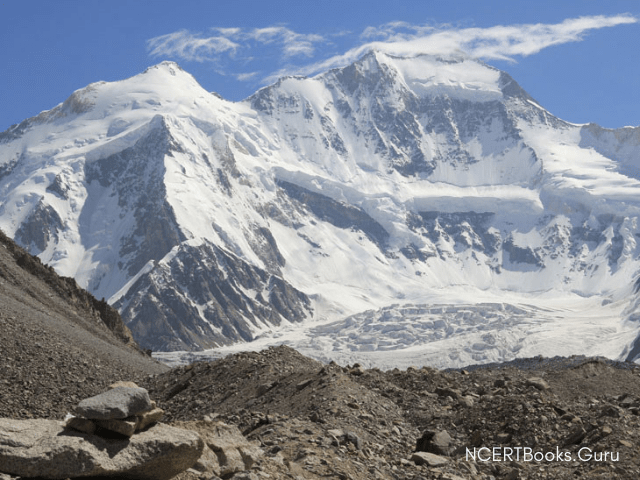 Rimo Mountain is the 7th highest mountain in India consists of four summits. Rimo I is the tallest one among them and it is located on the northern side of Rimo Muztagh in the Karakoram ranges. To the northeast of the Rimo Mountains is named Karakoram Pass, one of the important trade routes in central Asia. Also, it is the 71st highest peak in the world. 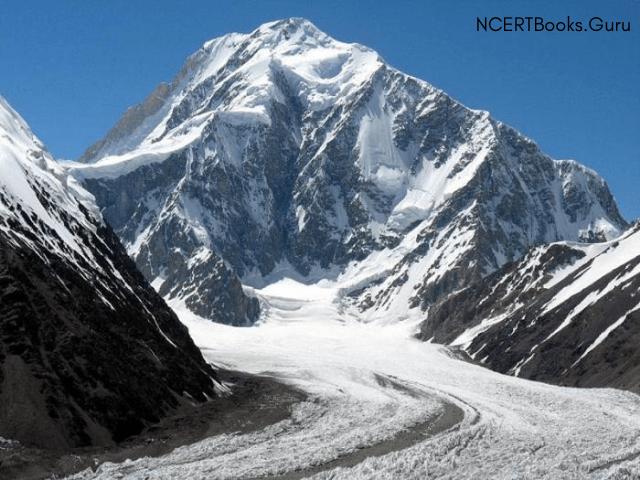 Hardeol Peak is ranked as the eighth highest peak in India. This peak is popularly known as the ‘Temple of God’. Also, the most famous mountain peak in the Kumaon Himalaya placed in the northern parts of the Kumaon Sanctuary and guarded the Nanda Devi. You can found this summit in the Milam valley of Pithoragarh district in Uttarakhand. 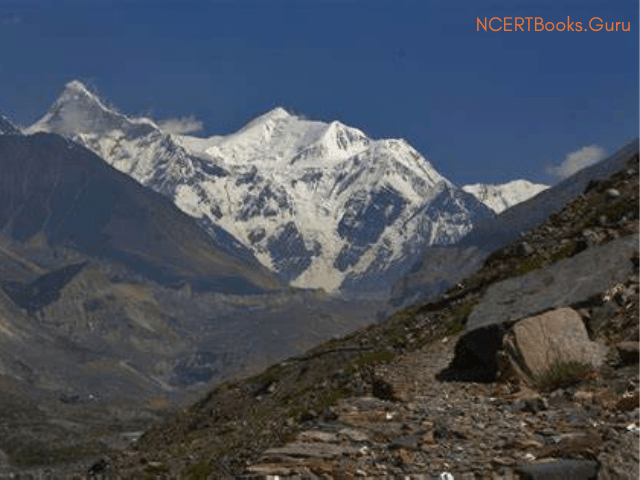 Chaukhamba is the ninth highest summit in the group of the mountains that are placed in the Garhwal Himalaya region of Uttarakhand. Gangotri group has four peaks and Chaukhamba I is the highest among those four summits. Because of four big peaks along with each other, it actually got its name. 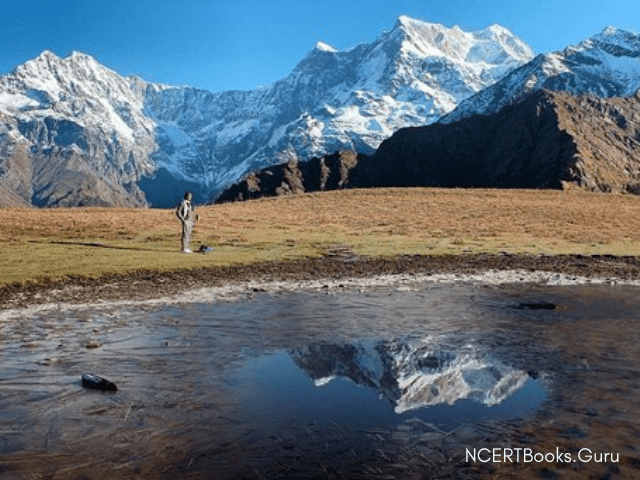 Finally, the 10th rank in the list of the highest peak in India won by Trisul Peak. It is one of the three mountain summits including a certain group of mountains, located in the mountainous regions of Kumaon in the state of Uttarakhand. This peak is near the Nanda Devi sanctuary with a height of 7,120 meters. This mountain peak got its name from the Trishul weapon of Lord Shiva. 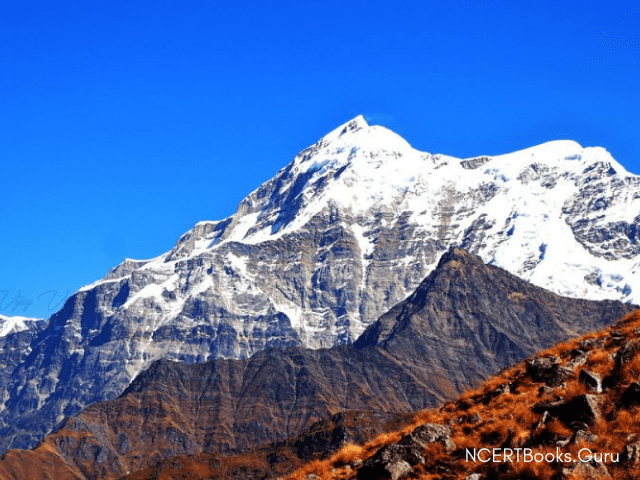 This section makes you learn all state-wise mountain peaks in India with their names, region, state, and height. Also, remember these major highest peaks of India and stay updated with all GK-related questions to score well in the exams & reach your goals. The below table will provide the list of mountain ranges in India as well as the state in which it is situated.

The other name of Mount K2 is Godwin-Austen and it is taller than Kangchenjunga but it is located in Pak occupied Kashmir (POK). K2 is the world’s second tallest mountain and India’s first highest peak.

2. Which is the 1st highest peak in India?

Kangchenjunga is the first highest mountain peak in India and also the world’s third-highest peak with an elevation of 8,586 meters (28,169 ft).

3. Name the first highest mountain peak in the world?

Mount Everest is the first tallest peak in the world with an elevation of 8,848 meters (29,029 feet) above sea level.

4. Which Indian mountain peak name is taken from the weapon of Lord Shiva?

Trisul Peak is the name of a mountain peak in India taken from the Lord Shiva’ Weapon and it is located in Uttrakhand.