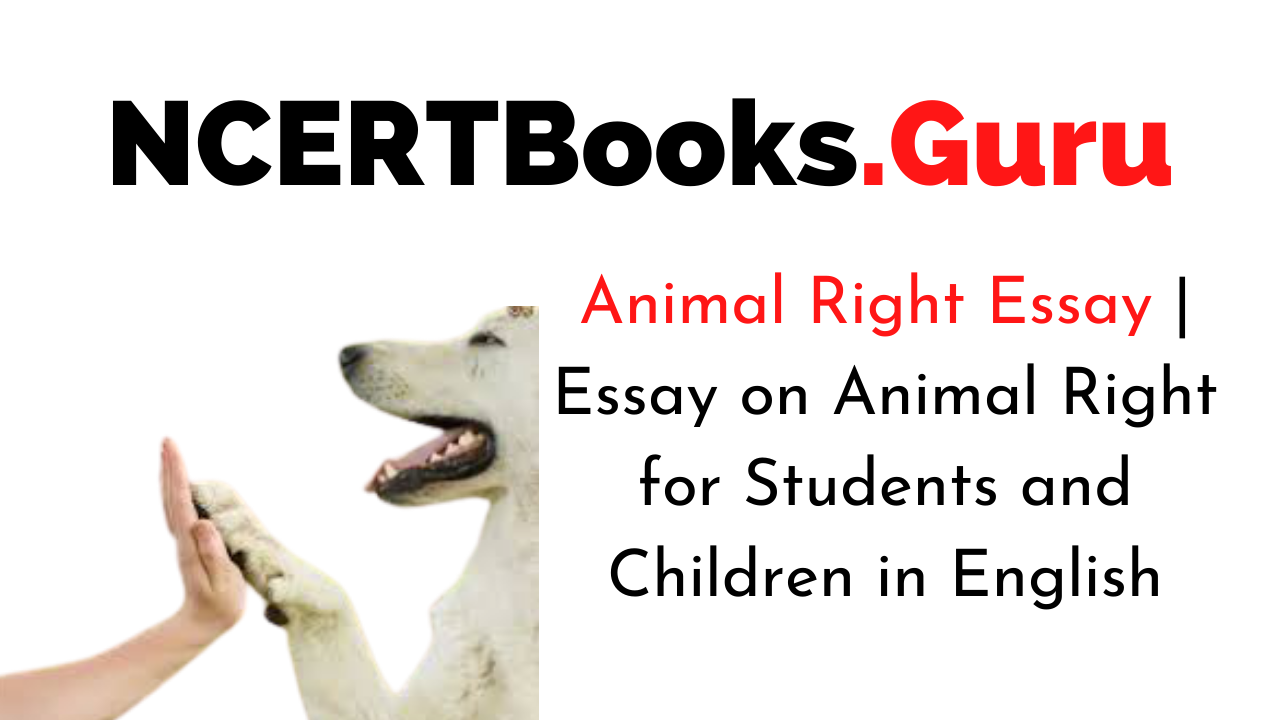 Animal Rights Essay: Animal Rights is the thought or idea that says that some or all animals are entitled to their basic rights such as possession of their life, and other crucial needs to survive.

It is the idea that all animals are born free like humans, and we should not subject them to exploitation for our needs. Animal rights aim to give animals the same rights as humans in which they are not killed or tortured at the hands of people.

We provide children and students with essay samples on an extended essay of 500 words and a short piece of 150 words on the topic “Animal Rights” for reference. 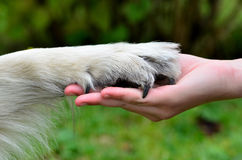 Animal rights are the thought process that all animals have basic rights like all human beings, and they do not deserve to be killed at our hands or made to suffer. It is best not to view animals as our commodities. It is wrong to view them as our resources. If we can accept the fact that animals are not born to be killed or exploited at our hands, we can approach a human view of treating animals and can then genuinely discuss the rights of animals.

We wrongly believe that animals are the commodities that we use. If we adopt this thought, our actions towards them will be unethical and regrettable. If we think that animals have no moral status, we will be extremely apathetic, which is diametric to human nature. The wrong thought process can hamper the understanding and reasoning of everything in our life.

Animals are living creatures, and so are we. They too feel pain and suffering. Hence, it is not illogical to consider the topic of animals having rights.

Believing that animals have rights does not necessarily mean that eating meat is wrong or unethical. People of different backgrounds and religions follow different diets and have different eating habits. Some of them include non-vegetarian diets, and some of them don’t.

Eating meat is a lifestyle for some people, and others should respect it. But, eating meat is not the only question that comes to mind when we think about animal rights. Thousands of animals are kept in farms and slaughterhouses. They are brought up in extremely inhospitable environments and are ultimately killed. Many of them are brought and stored in labs, and people perform all sorts of heinous and inexplicable experiments on them.

You can now access more Essay Writing on this topic and many more.

Humans torture millions of animals every year in labs. They burn, cut or starve animals in the name of research that does not always bear results. Most drugs that work on animals might not work for humans or not have the same efficiency. Hence, it is barbaric to meaninglessly kill animals and think that they do not have any rights.

People should never believe that animals are useless, dumb creatures. They too have a soul and can feel. Their emotions might not be as complex as humans, but they deserve to be acknowledged.

Humans are different than other animals. We have a moral compass and try to justify the events around us. Hence, when we think about any living creature being hurt, it makes us sad.

If you see an abused animal or an injured animal, you could walk past it. You could also report the animal abuse if it is a domestic animal, or take it to the vet for treatment. We should have realized that it is more peaceful to care for animals contently, than kill or capture them. Animals are soulful creatures like us and magnificent creation. We should respect them, and they do have rights.

The animal right is the thought that all animals have birthrights like humans. It is the liberal thought process where we consider all animals to have basic rights that would protect them from being subjected to torture, starvation, slaughtering, etc. for our benefits.

There are a lot of disagreements regarding animals having rights. Some people argue that animal rights should be protected, while others argue that there is no need for animal rights.

People who say that animals have no rights, think it to be true because they view animals as commodities that we can exploit whenever required. Some people think that animals are created for our pleasure and our needs since we are at the top of the food chain. These people are largely mistaken.

All animals have souls and are living beings just like us. They have sensations and can feel everything around them just like humans can. Hence, we are morally obliged to acknowledge the rights of animals and not harvest them.

1. Animal rights are the concept that animals have similar rights as human.
2. Many people support animal rights, and many people don’t.
3. Many believe that animal rights should be established to protect the basic needs of all animals.
4. Others believe that animals don’t require any rights, and are present to satisfy the needs of humans.
5. It is a wrong thought that animals are commodities for humans, and can be used as objects.
6. Animals are projected to cruel treatments in places like animal farms, animal testing labs, etc.
7. The animal rights issue is a hotly debated topic.
8. All animals are living organisms and can feel like us. Hence, we should treat them as such.
9. Humans are superior to other animals in terms of evolutions, but we belong to the animal kingdom as well.
10. Humans have morals, unlike other animals. We should use it to support the cause of animal rights.

Question 1.
What are animal rights?

Answer:
Animal right is the idea that animals deserve similar rights like a human. People who are supporters of animal rights believe that all animals have fundamental rights, such as the right to live and not tortured.

Question 2.
What is animal testing?

Answer:
Animal testing is the method of using animals as test-subjects for testing drugs and products on animals.

Question 3.
Why is animal right relevant?

Answer:
We use animals as a commodity and use them as we will. As human beings who have morals, we can think about considering the rights of animals too.

Question 4.
Why should we give rights to animals?

Answer:
Like human beings, animals also are living being who can feel what goes on around them. Hence, animals should have the basic right to survive.