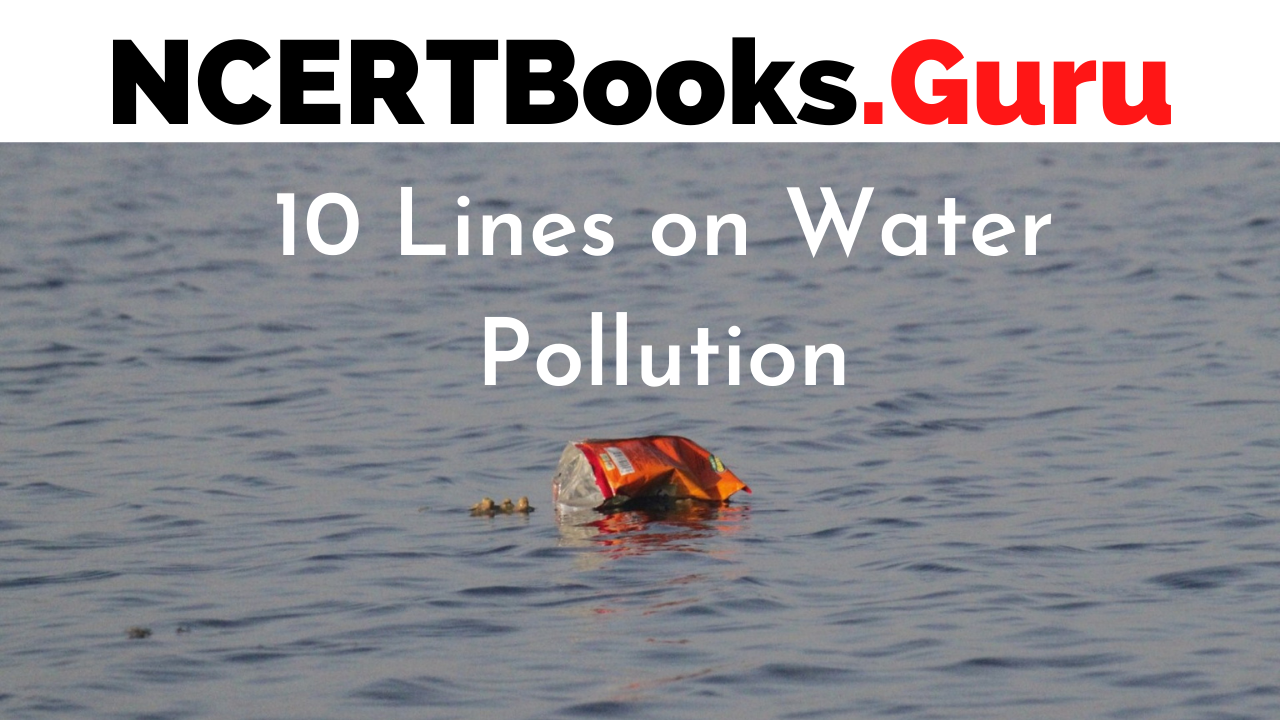 10 Lines on Water Pollution: The planet earth is known as the Blue Planet, for the water comprises about three-fourth of the surface; thus, it appears to be blue when seen from space. Water covers the earth’s body in the form of oceans, sea, springs, waterfalls, rivers, ponds, wells, and not forgetting the underground water.

All humanity and other plants and animals depend on this much part of the freshwater for their survival. But, it is a very sorry state of affairs that now, due to the exponential misuse and arrogance by humans and other natural factors, the water is getting polluted to a great extent. It might endanger life on earth. Hence, all of us must take the necessary steps to prevent water pollution. 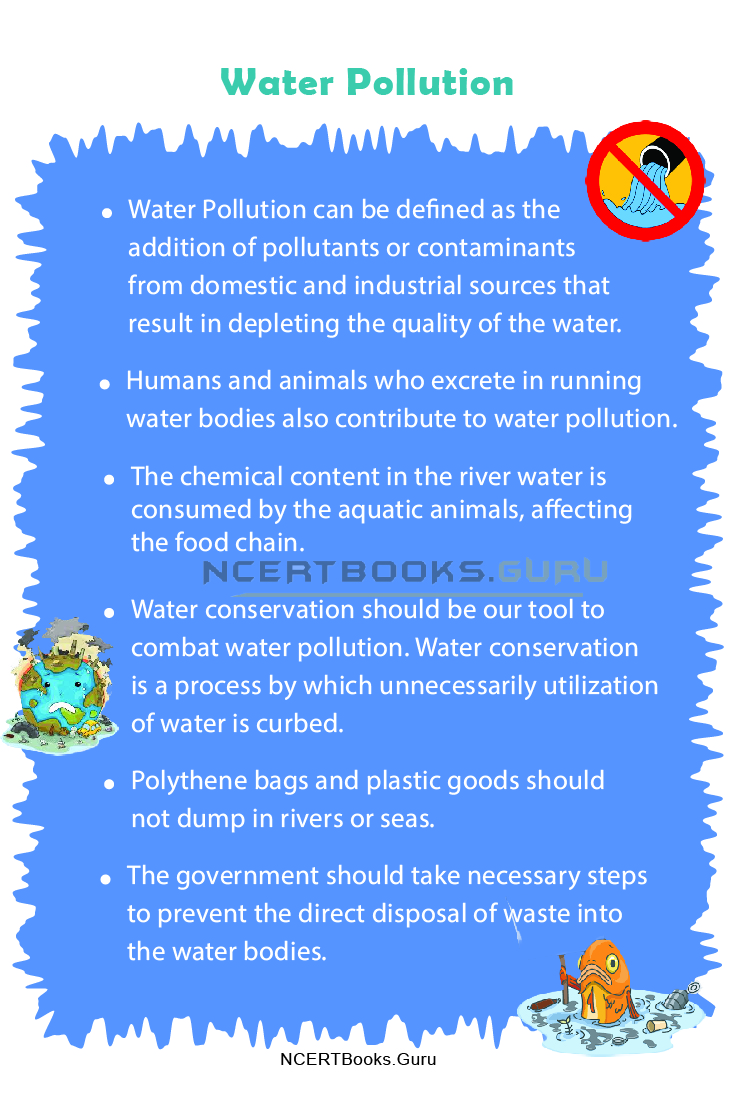 Question 1.
How much freshwater is available on earth?

Answer:
It is saddening to note that freshwater consists only of a very meagre part of the water resources: around 2.5% of the total water on the planet despite the water everywhere.

Question 2.
What are the two types of direct effects of water pollution?

Answer:
Water Pollution results in scarcity of water and depletion of quality of water.