10 Lines on Tiger: A tiger is a wild animal that actually looks like a big cat. Tiger in its cat family is the most giant flesh-eating animal. It possesses a powerful body, and it is equally strong like a Lion. Tigers are found in various parts of Asia, mainly Africa, Siberia, India, Bhutan, Malaysia, China, etc.

It is considered to be the national animal of India and also Bangladesh. In ancient times, kings were found to hunt tigers in the jungle and usually kept it’s ripped its skin-off to display their royal palaces’ prosperity. While hunting, to hide from its prey, the stripes on the tiger’s body help the tiger. 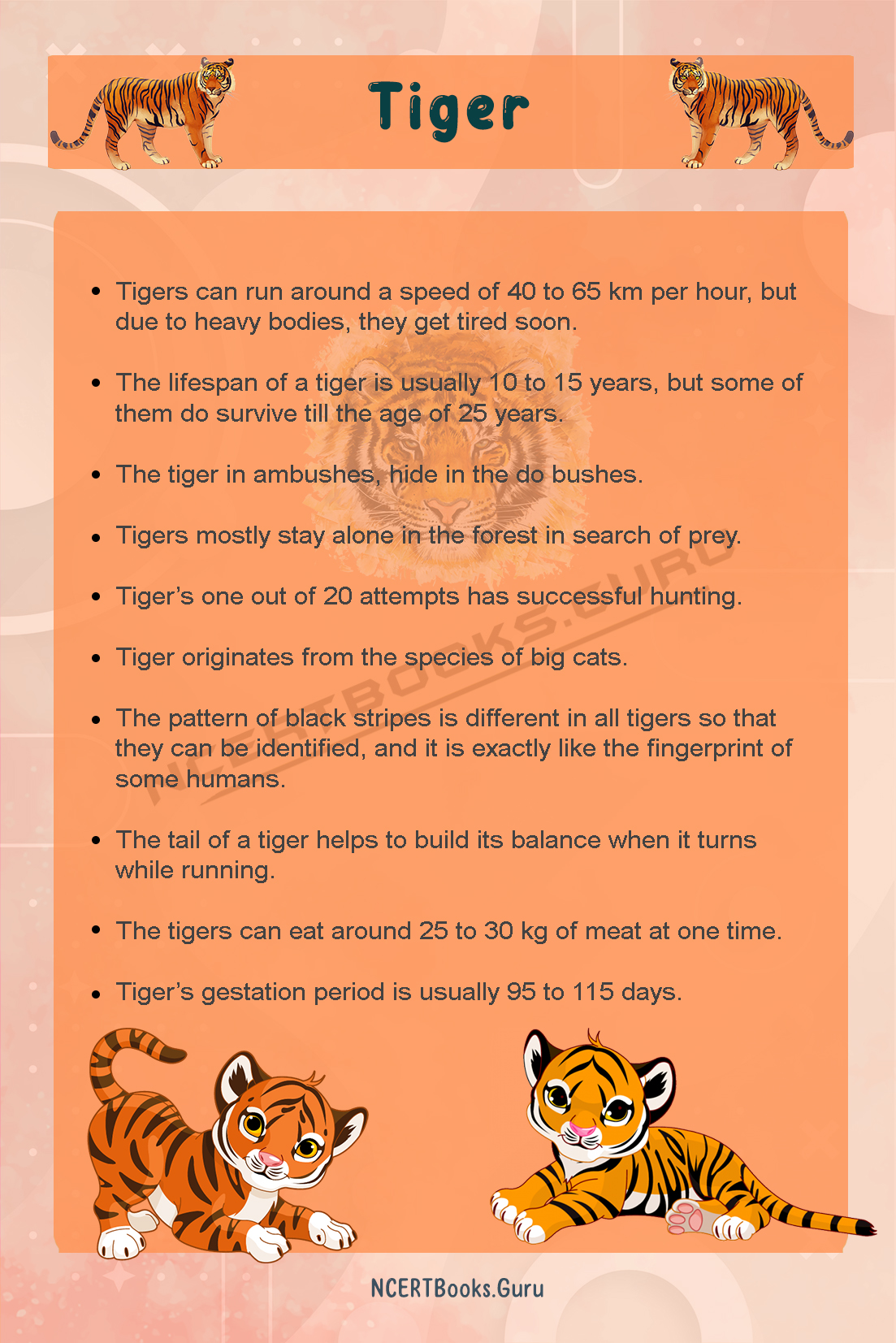 Question 1.
What are five interesting facts about tigers?

Answer:
Some interesting facts are:

The dark vertical stripes and reddish/orange fur, with these features, are easily recognizable. The Tigers of Bengal are the most common tiger. They usually have a life span of 20-25 years. Adult tigers generally hunt and live alone. Unlike most other cat species, tigers are actually great swimmers.

Question 2.
What are tigers eaten by?

Answer:
Although tigers are considered apex predators, they are known to be preyed upon by dholes. In some cultures, humans may also hunt tigers for the meat they provide, which is an expensive delicacy.

Question 3.
Can a tiger eat a human?

Answer:
Tigers are typically wary of humans and usually show no preference for human meat. Although humans are relatively easy prey, they are not a desired source of food. Thus, most man-eating tigers are old, infirm, or have missing teeth, and choose human victims out of desperation.

Question 4.
What animal can kill a tiger?

Answer:
Predators that can take on a big tiger in a head-on fight: Big, male brown bears, polar bears, and large crocodiles that’s it really (and they can’t catch a fleeing tiger) Animals in a pack: Spotted hyenas, lions (obviously) & sometimes wolves, dholes and similar