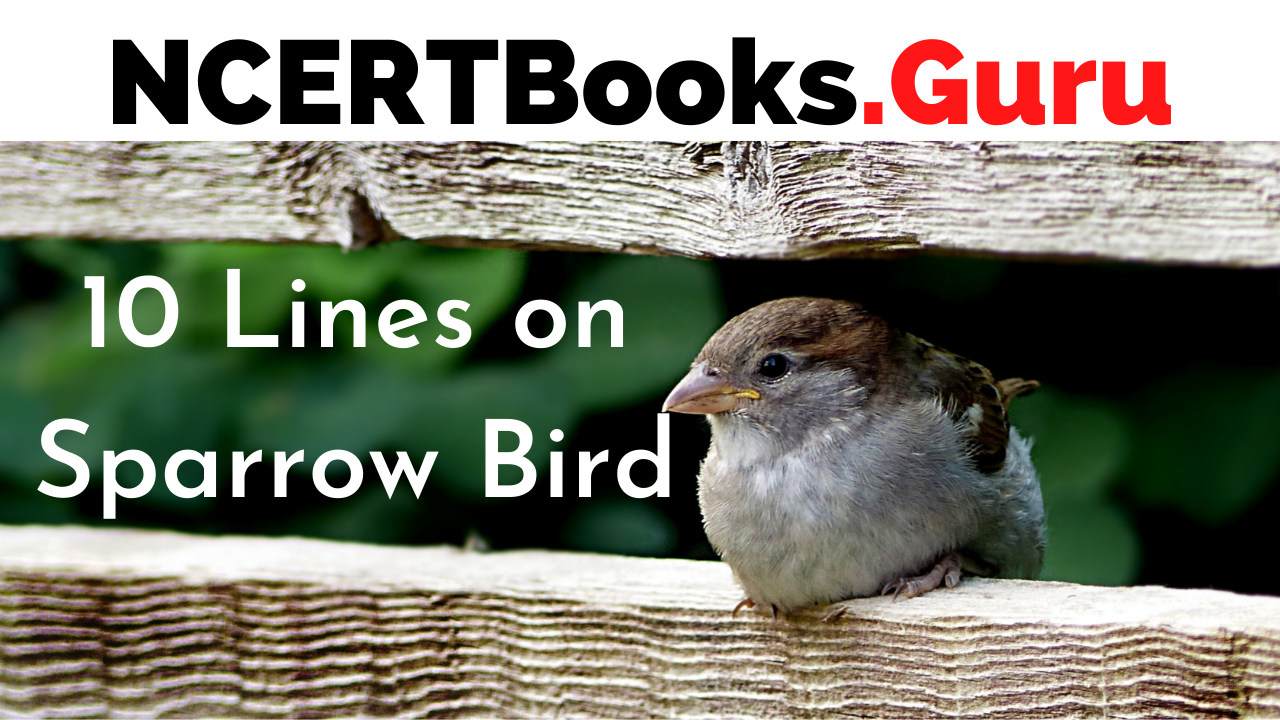 10 Lines on Sparrow Bird: Sparrows are easy to recognize as they live very near to humans and often in their houses. The origin of these birds is in North Africa. However, it has successfully been able to spread to other countries of Europe, North America, Australia, New Zealand, and Asia. You will not find the bird in forests like other birds. These birds like to live near humans and are mostly seen in urban and rural areas. However, in the last couple of years, the number of sparrows have been decreased by 98% all over the World.

Sparrows are human-friendly and are living in harmony for ages. However, today due to the increase in air pollution and other radioactive waves that disturb the air, it has gradually disappeared to rural areas. The sparrows live in human houses and also on trees. These are carnivorous and eat on the animal matter for survival after hatching.

The first step will help the students of classes 1, 2, 3, 4, and 5. We have assembled some amazing facts about sparrows. 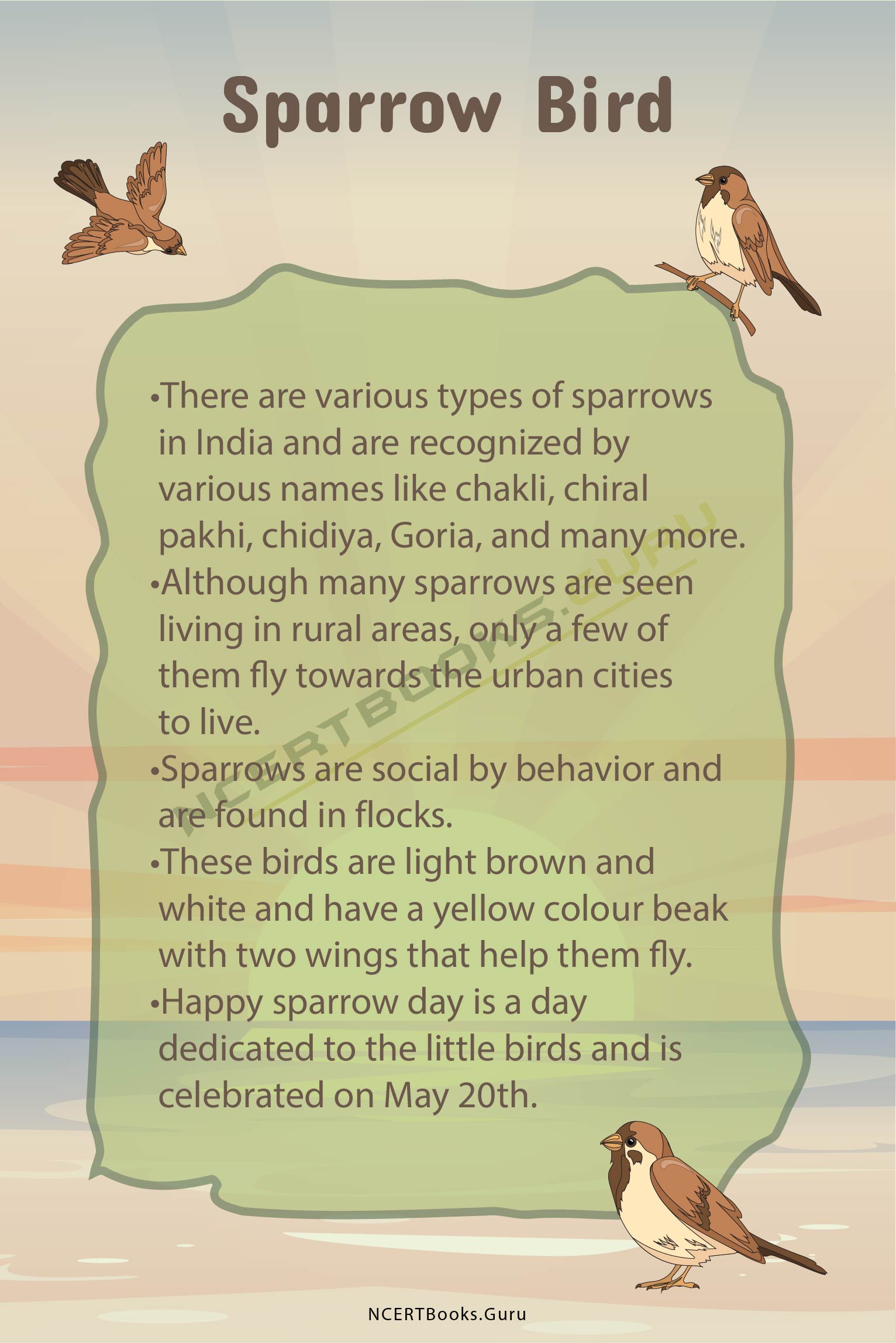 The second step is for the students of classes 6, 7, and 8, which will help them know about sparrows and their nature of habitat and behaviours.

The third step is for the students of classes 9, 10, 11, and 12. It will help to know about sparrows and how they have defunct over the years.

Sparrows are constantly lowering in number, and are gradually moving towards extinction. Hence, people must be aware of their behaviour and try to save the bird. Question 1.
What is the lifespan of a Sparrow?

Answer:
The lifespan of a sparrow is three years average.