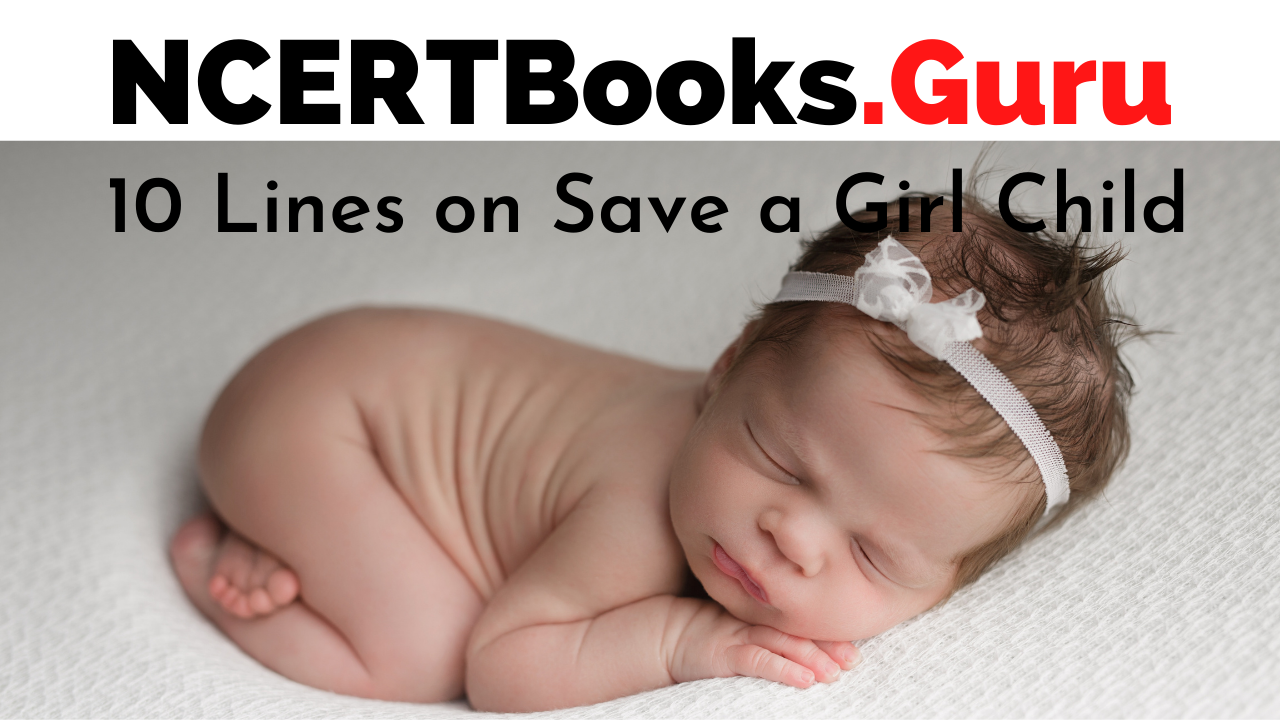 10 Lines on Save a Girl Child: A girl is one of the universe’s adorable creations. In the current world, women play an equally significant role in uplifting society to new possibilities as men. Women are flourishing in every field – they are leaders, business owners, CEOs, and efficient housewives.

A child’s birth in a house is a moment of joy and happiness, which spread the essence of love, celebration, and tears of joy within the family. However, some places witness a discriminative environment, in which the tide of happiness remains till the newborn infant is a male. If it is a baby girl, clouds of disappointment surround the family. In this modern world, such discriminations are unacceptable and depressing.

In these families, the male child is beloved to be superior and is believed to carry the family’s legacy and responsibilities on his shoulders. Simultaneously, a girl child is treated like a worthless fellow and a point of shame for the family. Though the world experienced a tide of change, where the girls have proved their worth, this superstitious belief of males being superior is encrypted in some people.

Save a girl child is one of the trending topics in modern society as the world has witnessed the decline of equal sex ratio. As in some areas of the country, a male child is treated as the legacy bearer, and a girl child is ruthlessly murdered out of disappointment and fear of society. The Government led a campaign to combat the rising situation of female foeticide with the assistance of various organisations, trusts, and non-government organisations. In this article, we will peak into various aspects to save a girl child, and here we present you ten lines on Save a girl child to make the youth aware of the rights of a girl child in the world. 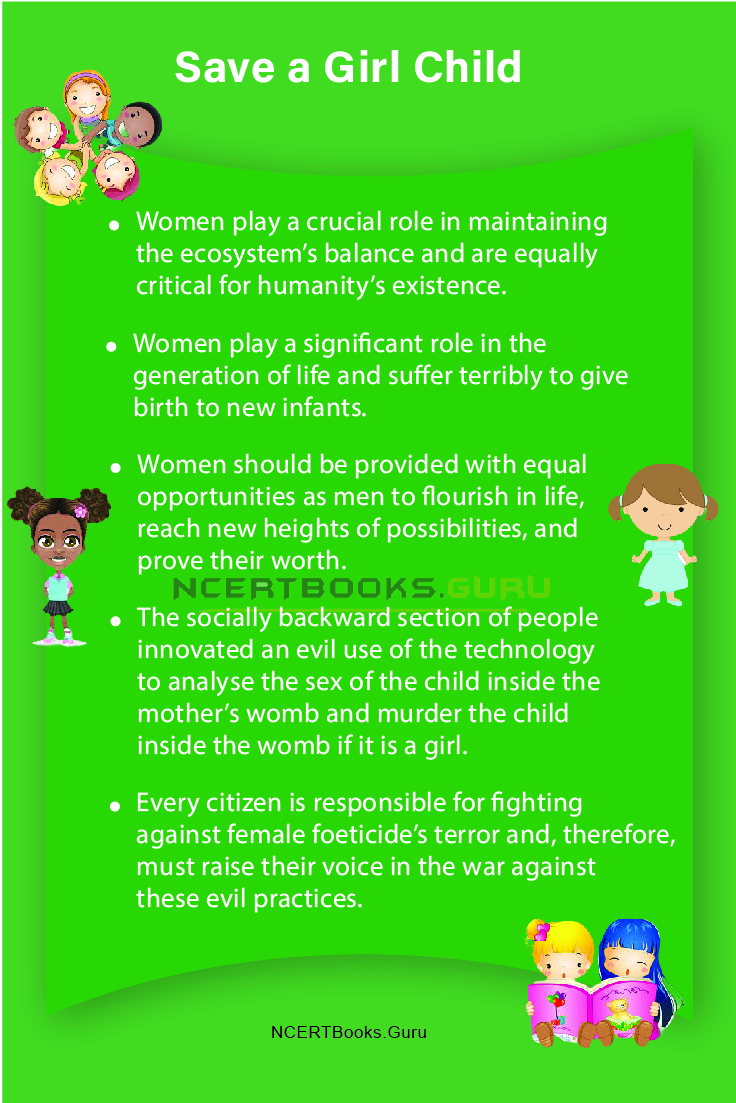 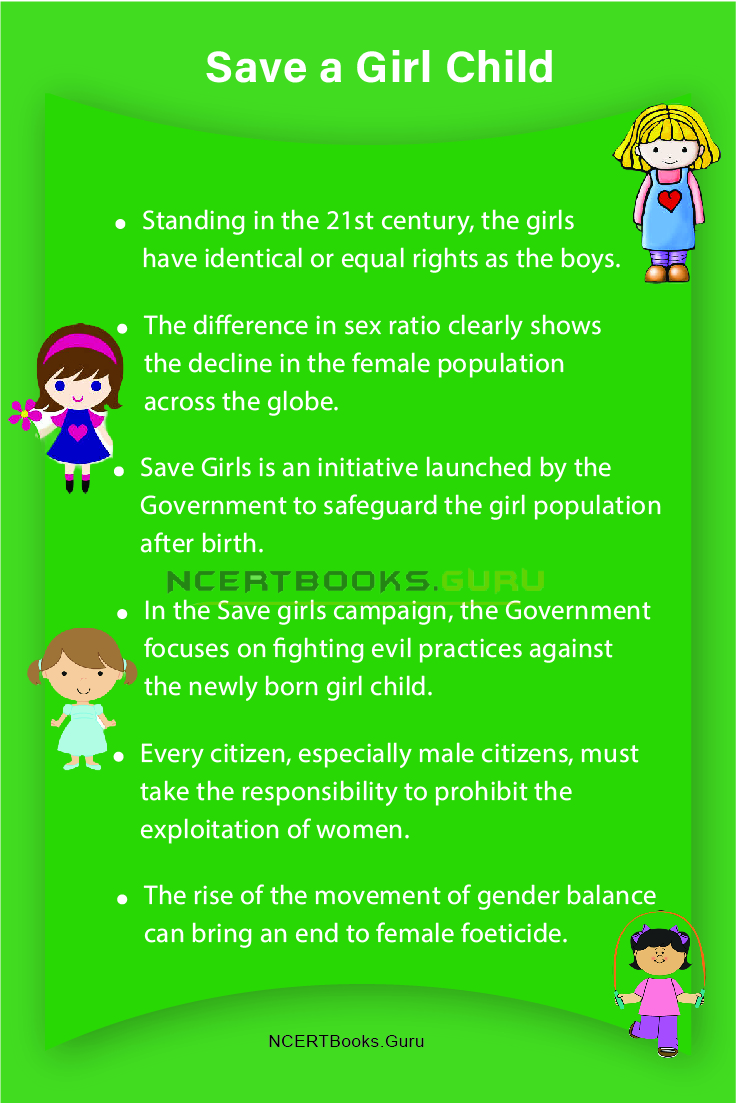 Frequently Asked Questions on Save a Girl Child

Question 1.
Why do people perceive a girl child as a burden?

Answer:
The people of culturally and socially backward caste finds a girl child as a burden due to the dowry system and social securities. The birth of a girl child is of great disappointment for them, as they think a male child is superior and can carry the responsibilities and legacy of their family.

Question 2.
Why does the girl child require to be saved?

Answer:
Still, in today’s date, some of the backward mentality people are suffering from the belief that a male child is superior, and a girl child is a burden to the society and family. Therefore, they attempt to kill the girl child immediately after birth or in the mother’s womb to get rid of their insecurities.

Question 3.
What girls can do if they are provided with equal opportunities as the boys?

Answer:
If the girls are presented with equal opportunities as the boys, there can prove their worth and can climb the ladder of growth and success to reach new heights of life. In today’s time, girls have proved their worth as they are flourishing in every field – they are leaders, business owners, CEOs, and efficient housewives.

Question 4.
What measures did the Government take to save girl child?