10 Lines on Sachin Tendulkar: The name Sachin Tendulkar is enough to describe the personality in the field of cricket. He is termed to be the god of cricket and is also known by the name of Master Blaster. He was one of the rarest breeds of cricketers who have made his debut at a very tender age of 16 years.

The Mumbai born cricketer became famous when he shared an enormous partnership of 664 runs in cricket with Vinod Kambli. The greatest batsman holds the record for making the highest number of runs in both the Test and One-day International Cricket formats. 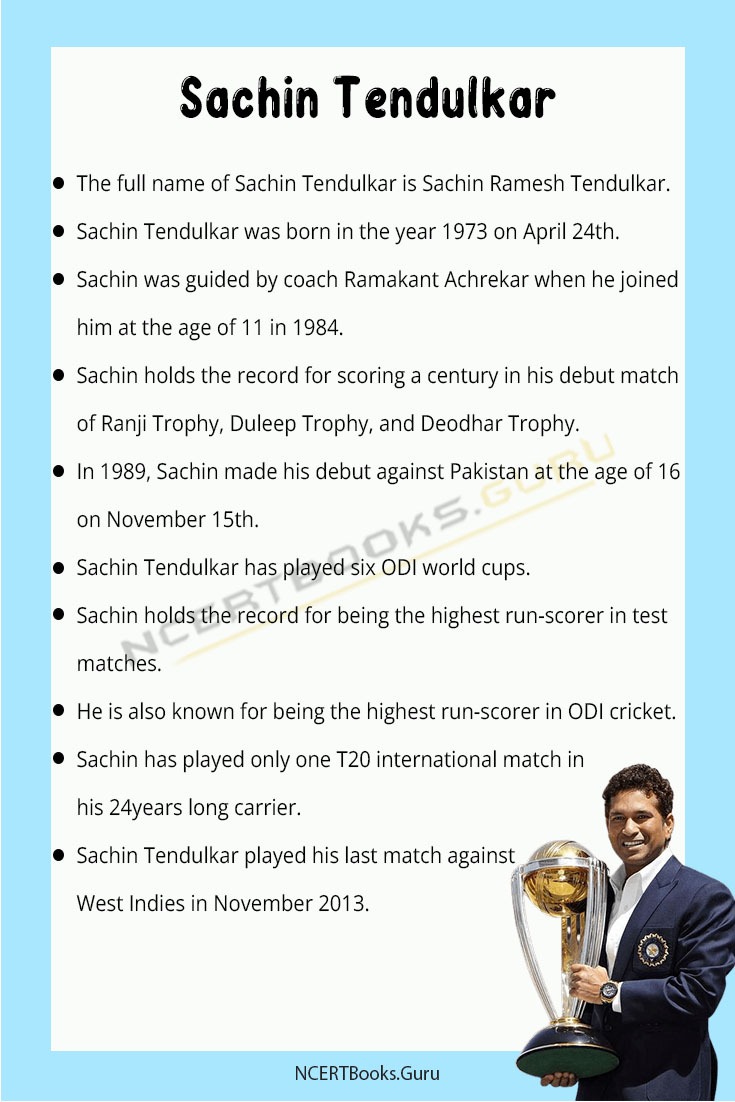 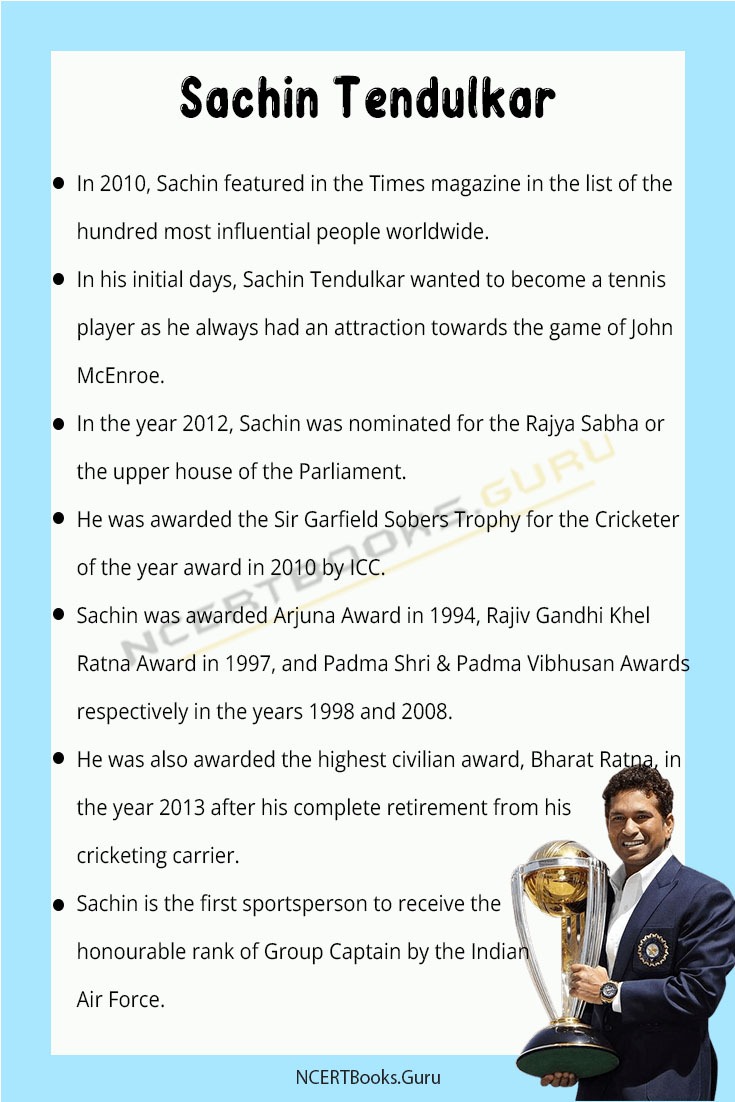 Question 1.
What is the highest ODI score of Sachin Tendulkar?

Answer:
The highest ODI score of Sachin Tendulkar is 200 not out against the South African Team in 2010. He is also the 1st batsman to achieve the feat.

Question 2.
How many matches has Sachin played throughout his career?