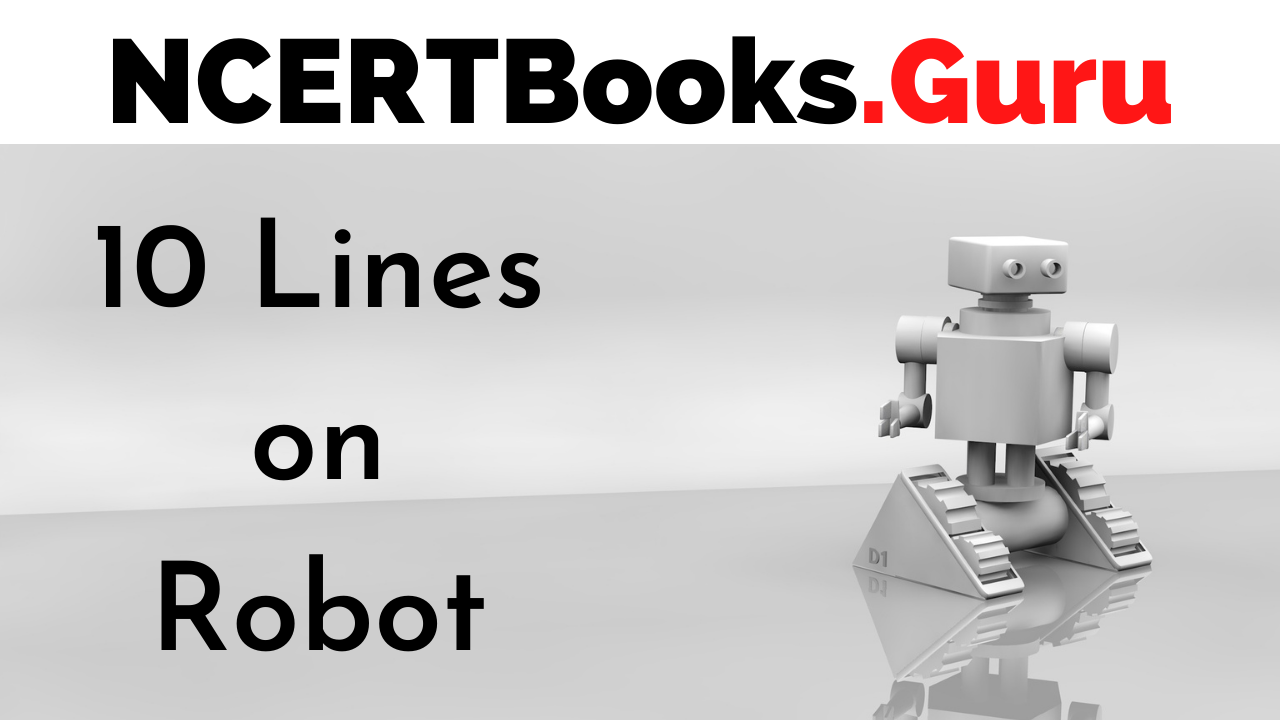 10 Lines on Robot: Today, the world is gradually evolving with new ideas and inventions. The artificial intelligence industry has been keen on developing human-like figures that follow orders and replace human efforts. Students who study robotics focus on the construction, design, and operation of robots.

The term robot is derived from Karel Capek’s play of 1920, known as “robots” which means forced labour. The mechanical possibility of humans has inspired generations to invent electrical humanoids. Not all robots look like humanoids, and some are machines with human-like attributes made for industrial purposes. Today a large factory requires robots or machines to do the job. It has become one of the important aspects of our living. Here we have assembled three sets of ten lines for students of all grades to determine a robot’s functions. 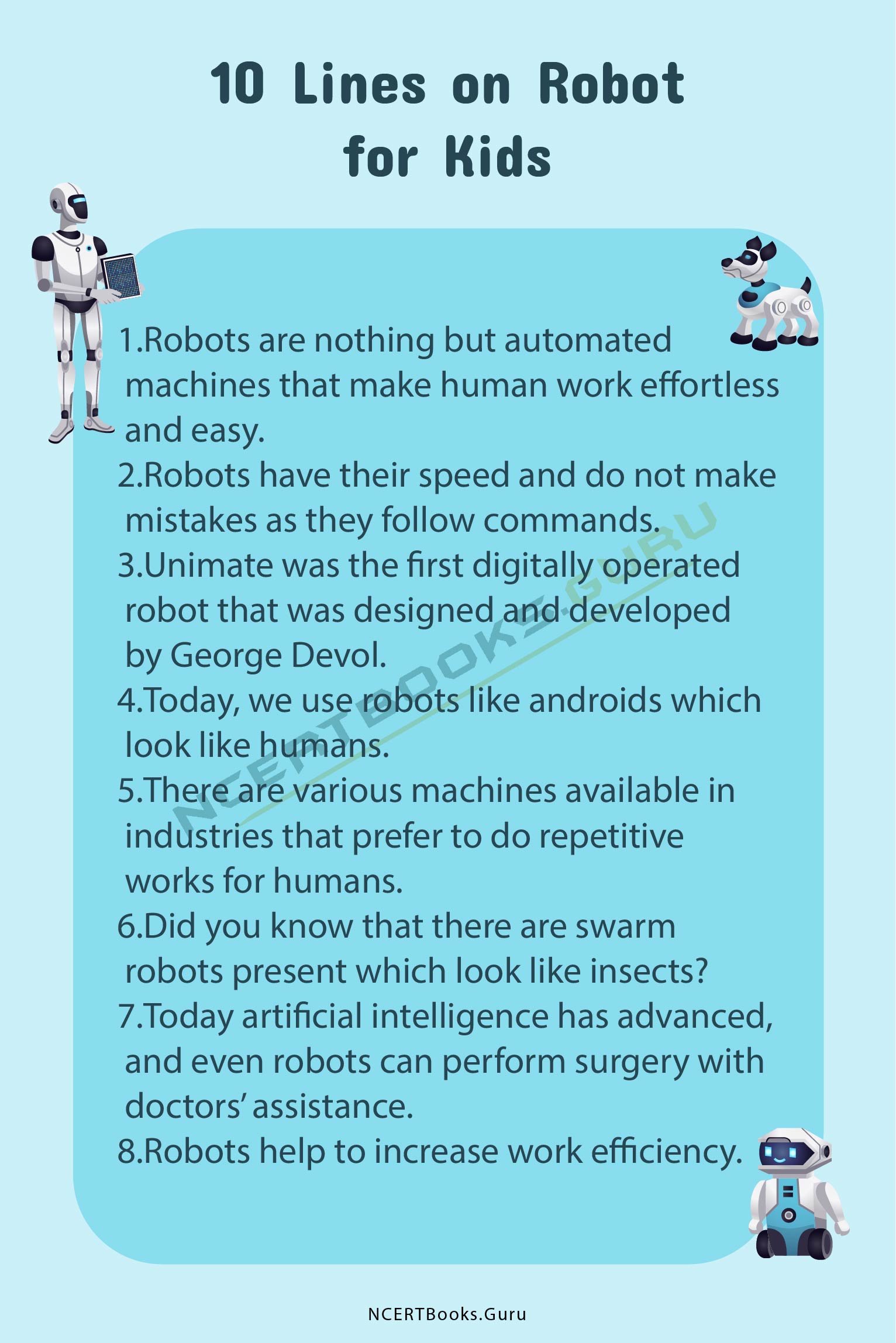