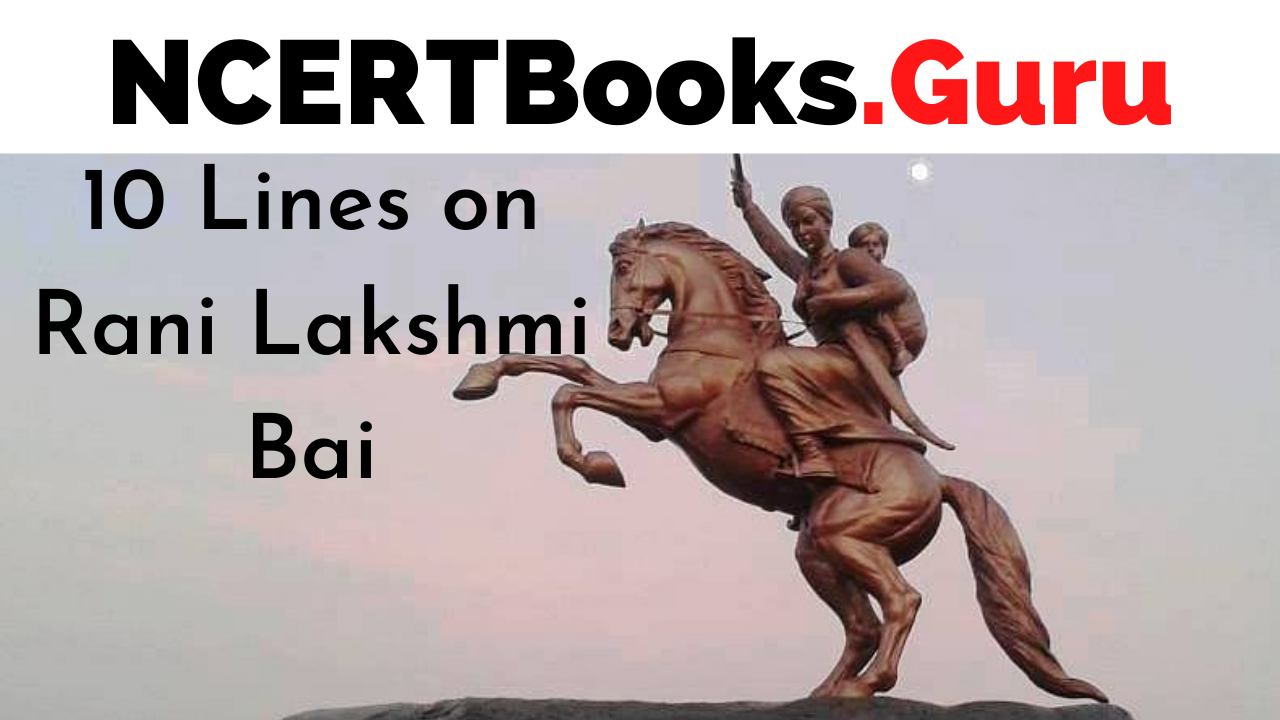 10 lines on Rani Lakshmi Bai: During the 1857’s revolts, Rani Lakshmi Bai became one of the nation’s bravest freedom fighters. That was India’s first struggle for Independence, and then Rani Lakshmi Bai fought bravely with immense courage against the Britishers. She fought till her last breath, but never let India down.

Rani Lakshmi Bai always said that she would never give away Jhansi to the Britishers. She was just a simple girl of the country who stood against the Britishers and fought for the Independence of the nations and saving the rights of its citizens. Born in Varanasi, she always had the skills and bravery of a fighter. Ever since her earlier days, she used to practice the warfare games, which turned her out into an actual warrior filled with patriotism and love for the nation.

During India’s first struggle for Independence, also known as the revolt of 1857, Rani Lakshmi Bai bravely fought among the other famous freedom fighters. It was all due to her attitude of never getting down that made her stay as a fighter throughout her life. She was a true leader who awakened the nationalism spirit among the other citizens of the nation and spread the notion of Independence in the masses. There are some notable songs dedicated to her, which depicts her patriotic behaviour and love towards the country.

Rani Lakshmi Bai is also famous as Jhansi Ki Rani, born in 1828 and died in 1858 in Madhya Pradesh. Manikarnika is her birth and maiden name that changed to Lakshmi Bai after her marriage in 1851 with Maharaja Gangadhar Rao. Anand Rao was her adopted son whom both queen and King named as Damodar Rao’s deceased son. Rani Lakshmi Bai fought the Revolt of Independence with the slogan of ‘Main Jhansi Nahi Dungi’. Her childhood friends Nana Sahib and Tantia Tope joined her later in the battle against the Britishers.

This article contains the best lines on Rani Lakshmi Bai for the students of different age groups, studying in different classes. These are very helpful for the students’ academics and make them aware of the famous freedom fighter who sacrificed her life, fighting for the nation’s Independence.

This set of ten lines on Rani Lakshmi Bai is perfect for the kids of classes 1st to 5th: 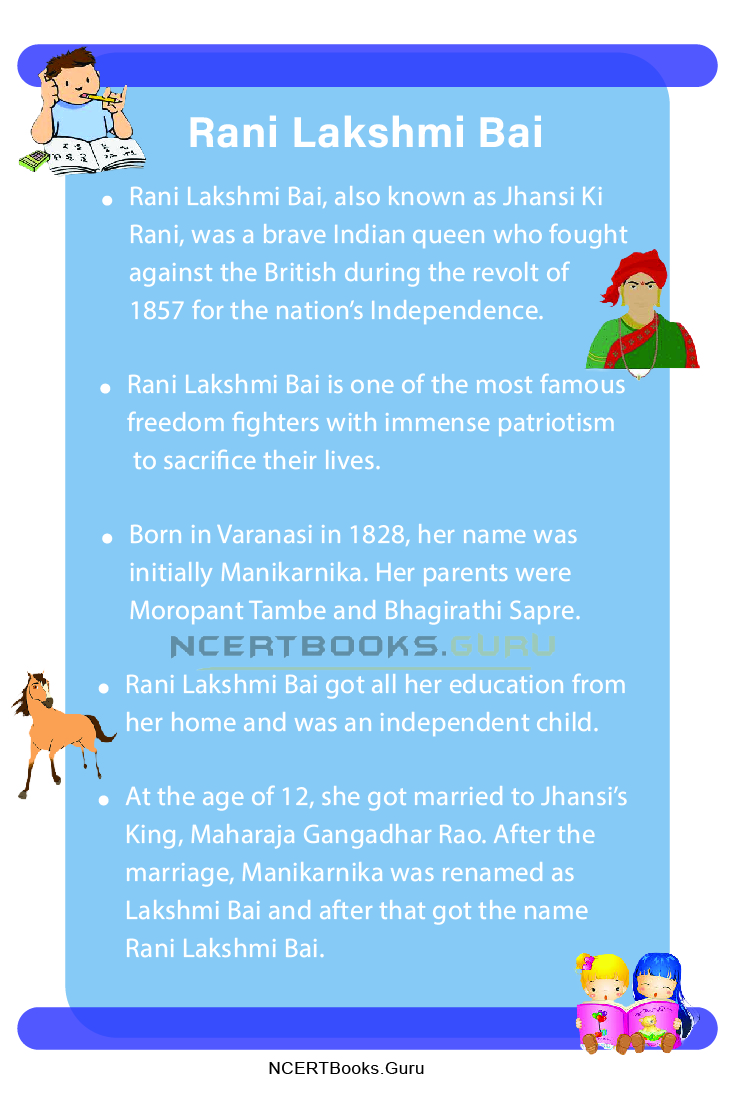 This is the set of ten best lines on Rani Lakshmi Bai for the students of classes 9th to 12th: Answer:
Some most popular and a bit controversial contents available on Rani Lakshmi Bai are as follows:

Question 2.
Did Rani Lakshmi Bai had any of her own-born children?

Answer:
People globally know Rani Lakshmi Bai for her role during the Indian Mutiny of 1857 to 1858. During the siege of Jhansi’s fort, Rani stood against the British troops and fought against them to not give up Jhansi. She did not surrender even in the worst situation and sacrificed her life, fighting bravely for Independence.

Question 4.
How did Rani Lakshmi Bai died, and when?

Answer:
Britishers attacked Rani Lakshmi Bai when she was heavily wounded, and as she was not willing to bow down to the Britishers and get captured by them, she asked a hermit to cremate her. She died on 18th June 1858 and then got her body cremated according to her wishes.