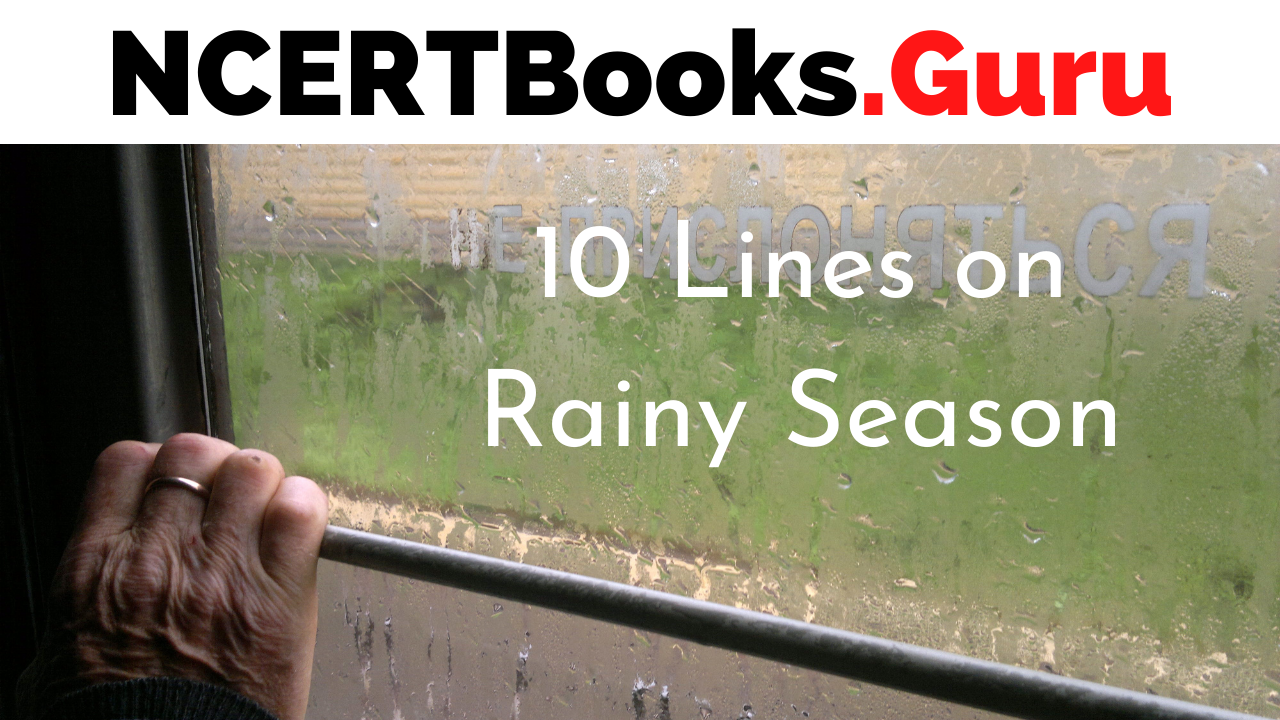 10 Lines on Rainy Season: A season that mostly categorized by heavy showers and pleasant weather is the Rainy Season or monsoon. Being an agrarian economy and to provide enough irrigation for crops to grow, India heavily depends on the Rainy Season. Rains replenish Mother Nature and bring a sense of calmness and tranquillity in manifold ways.

The summers calmness mixed with the cool breeze like the winters. Spending a relaxing time with our loved ones, while sipping on hot tea, relishing the scent of showers is usually the highlight of the day. From jumping in puddles and peacocks dancing in the rain, this season has it all. Question 1.
Are Monsoons usually erratic over the Indian Subcontinent?

Answer:
Yes. The monsoon season usually lasts three months, from the month of June to September. More than 70% of the total rainfall falls in these months. Because of its agriculture sector, monsoons are of particular strategic importance to India. There are several reasons scientists assert that climate change has made India’s monsoons more erratic.

Question 2.
Are Monsoons is bringing in changes or helpful in the setup of agricultural?

Answer:
Yes. The agriculture in the Subcontinent of India is heavily reliant and dependent on the Monsoon. In fact, the places receiving very scanty rainfall have red soil or laterite that requires a lot of irrigation and maintenance.

Question 3.
Are the Monsoons sporadic in nature?

Question 4.
Is the Monsoon one of the notable seasons of the country?

Answer:
Yes, Monsoons are very much felt and prominent across the country.The rainy season hits in the month of June for most years, but the monsoons can be pushed back to August on certain occasions.