10 Lines on Rain: Rain is the water that falls from the sky, as surreal as that sounds. Rain comes from the clouds of water vapour in the sky, which collect in the sky as a result of evaporation in the water cycle.

Rain can come in many forms, including a light drizzle, heavy rainfall with thunder and lightning such as a storm, or even as hail and snow. Rain is an essential part of the water cycle and is necessary for the planet earth to continue forth as it is. Let’s now see three sets of 10 lines on rain for students of different classes. The following set of 10 lines on rain will be useful for students of middle in school, in classes 6, 7, 8 and 9.

The following set of 10 lines on rain for senior school will be helpful and useful for students in classes 10, 11 and 12. 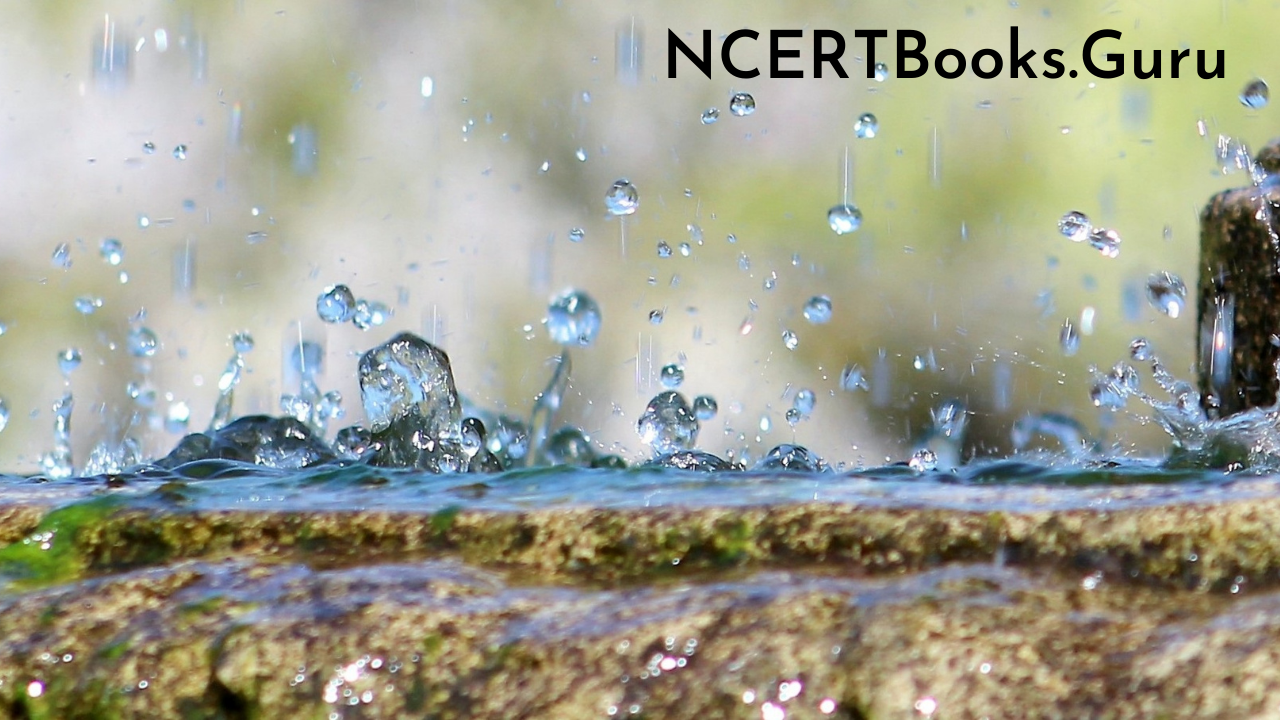 Question 1.
Which are the monsoon months?

Answer:
Monsoon is the season in which the highest amount of rain occurs, especially in the tropical areas of the earth. The monsoon months generally follow the hot summer months of March to May, thus monsoons usually occur from the months of June to September. In some places, they may even resume in the winter months.

Question 2.
What is rainwater harvesting?

Answer:
Rainwater harvesting refers to the collection of rainwater in a huge reservoir tank, for utilisation later. This was an idea that was introduced in order to curb water pollution and also battle the problem of shortages of water, by utilising the rainwater rather than letting it all go to waste.

Question 3.
What are cyclones and hurricanes?

Answer:
Cyclones and hurricanes are two kinds of rainstorms which are quite similar. When there is low pressure in the atmosphere, the winds begin to move in a circular fashion which moves in an anti-clockwise direction from the northern to the southern hemisphere of the earth. This creates an anti-clockwise circular pattern in the water, too, along with strong winds and heavy rainfall, which is called a cyclone. A hurricane is also known as a tropical cyclone, and the difference between cyclones and hurricanes is only their geographical location. Cyclones usually start in the northern Indian Ocean, while hurricanes start in the Atlantic Ocean and the northern Pacific Ocean.

Question 4.
Where does rain come from?

Answer:
Rain is a result of the water cycle. Evaporation and condensation are two processes through which water turns into water vapour and travels skywards. Several water vapour droplets join to create one cloud, and when that cloud becomes too heavy, and gravity starts pulling on the cloud, the vapour begins to drop back down the earth in the form of rain. Thus, rain falls in the form of droplets known as raindrops.