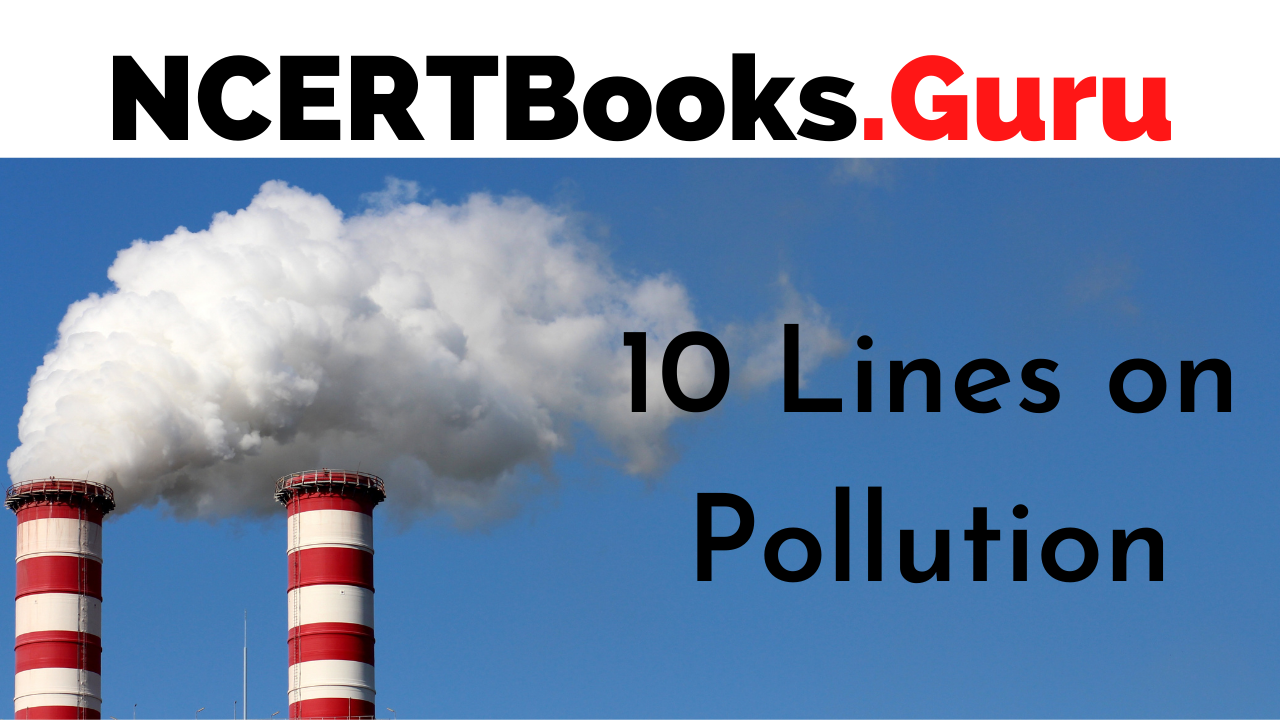 10 Lines on Pollution: One Of the leading causes of global warming and ozone layer depletion is Pollution. There are various types of Pollution, air pollution, water pollution, soil pollution, and sound Pollution together is responsible for the deterioration of our Planet. The harmful chemicals and substances that are excreted from industries, gases from vehicles, are known as pollutants. Pollutants can be both human-made and natural. Human trashes, plastics and wastewater are known for causing Pollution.

Pollution is not only harmful to our Planet but also those living on it. It is one of the leading causes of various diseases along with people. Radioactive Pollution and Plastic Pollution are the most dangerous of them all. It is important that we know everything about Pollution and how to prevent it. We have assembled three sets of ten lines of Pollution, giving you enough information to avoid polluting the Planet. 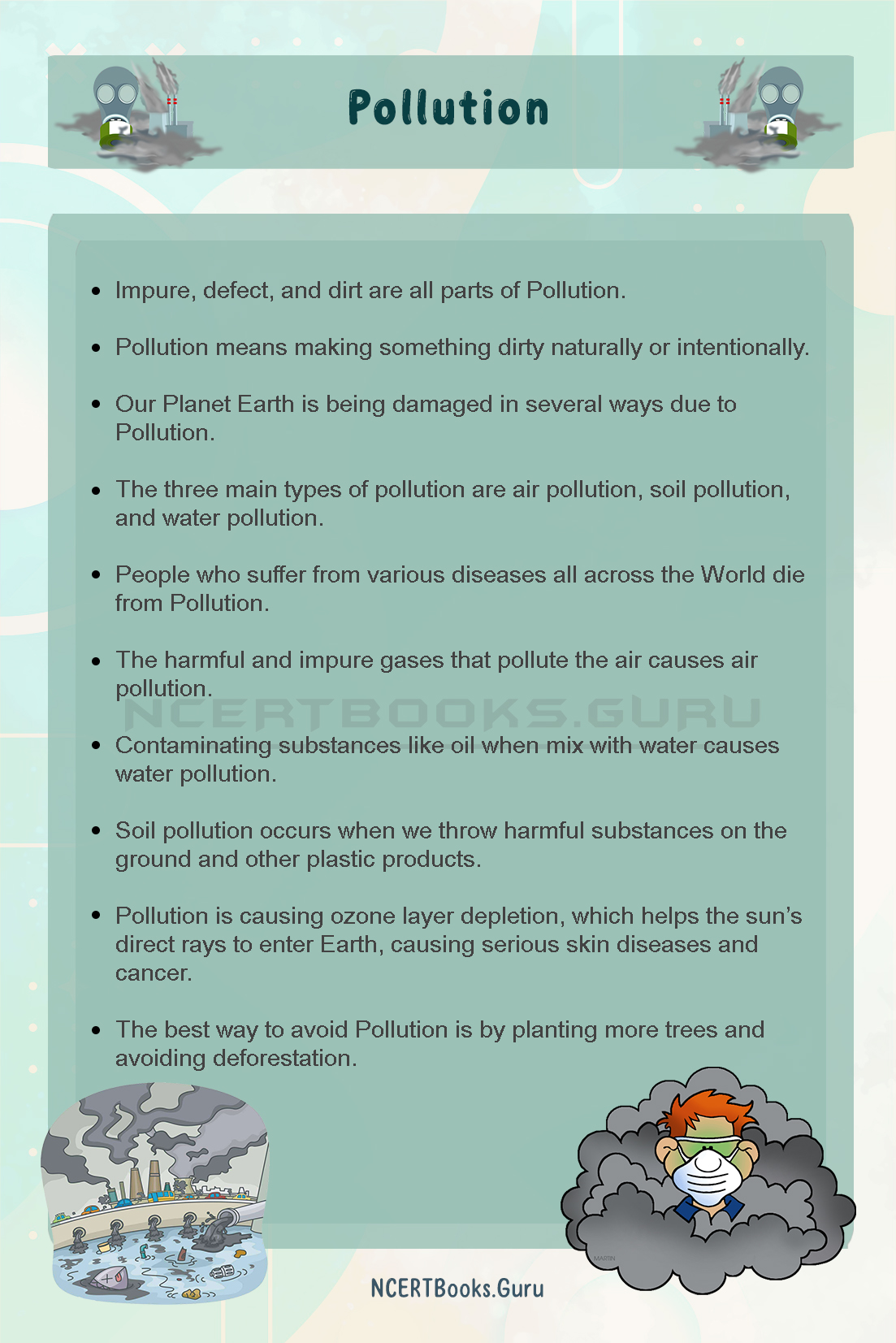 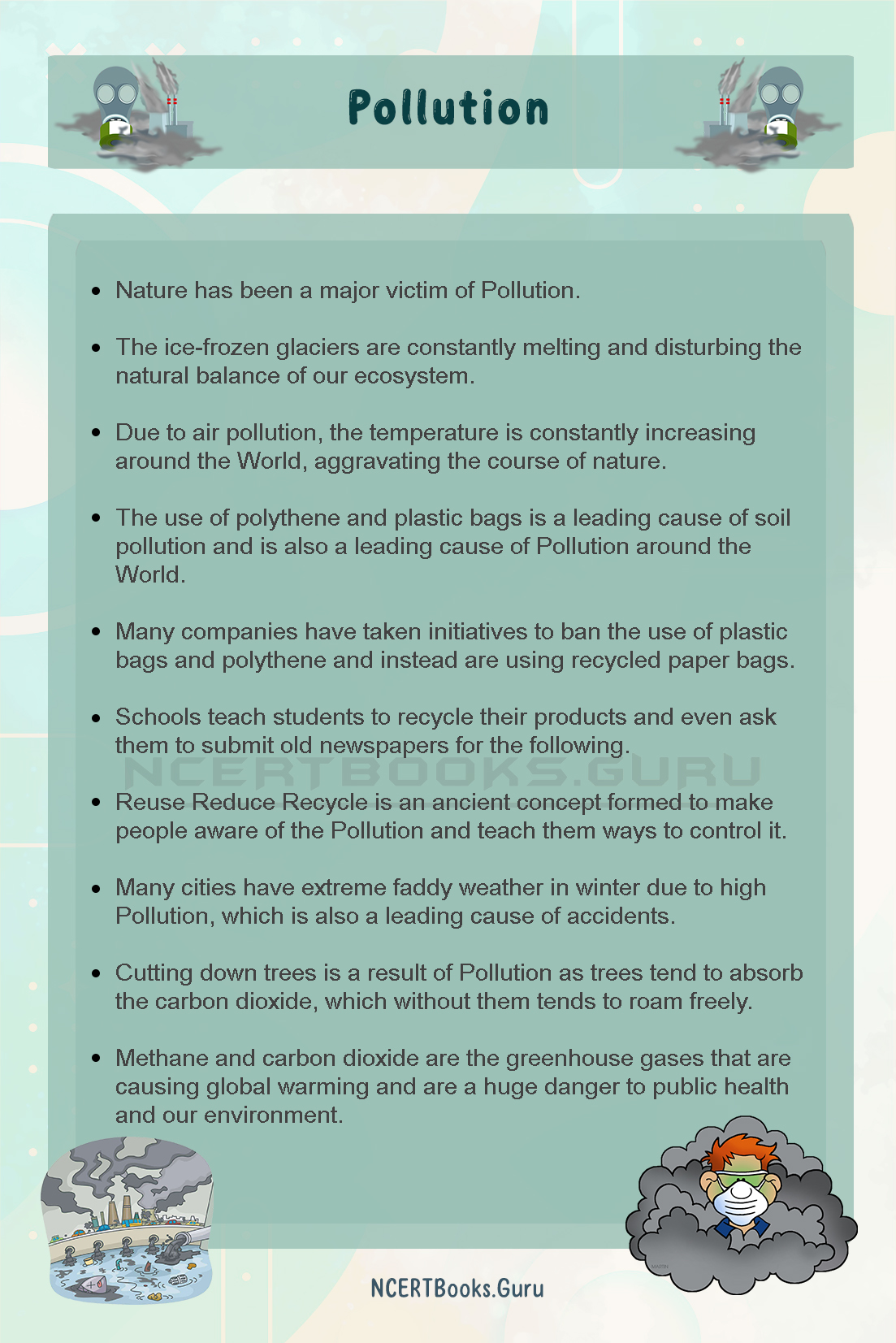 Pollution causes the death of various birds, fishes, and animals and is coming in the way of living a healthy happy life on this Planet. The World Health Organization is taking initiatives to prevent Pollution and aware people about Pollution’s harmful effects. Various schools conduct awareness programs and projects to help the students understand the importance of a clean city and how it reflects upon the healthy lives of living things.

Many pollutants are floating in the air we breathe in, and these are mainly caused by the dust particles and air combustion coming out of cars and other automobiles. Government has taken several initiatives to control the Pollution of automobiles and introduced green cards, however, it will take years for such steps to be taken seriously. Many companies have introduced eco-friendly modes of transport which runs on batteries to reduce air pollution and is still trying to work their best to save our Planet Earth.

Answer:
Pollution is nothing but environmental Pollution that is caused by any substance in any state of matter, solid, liquid, or had, or any form of energy, sound, heat, or radioactivity and is growing faster than it can be dispersed or diluted or stored in innocuous form causes Pollution.

Question 2.
How to prevent Pollution?

Answer:
Management of pepper drainage and sewage system, the use of eco-friendly products, planting more trees, using paper bags instead of plastic, and using CNG vehicles are the first step towards preventing Pollution.

Question 3.
What are the types of Pollution?

Answer:
There are three main types of Pollution are created by air, water, and soil. Other than these, sound Pollution and radioactive Pollution are also causing harmful effects on our Planet.