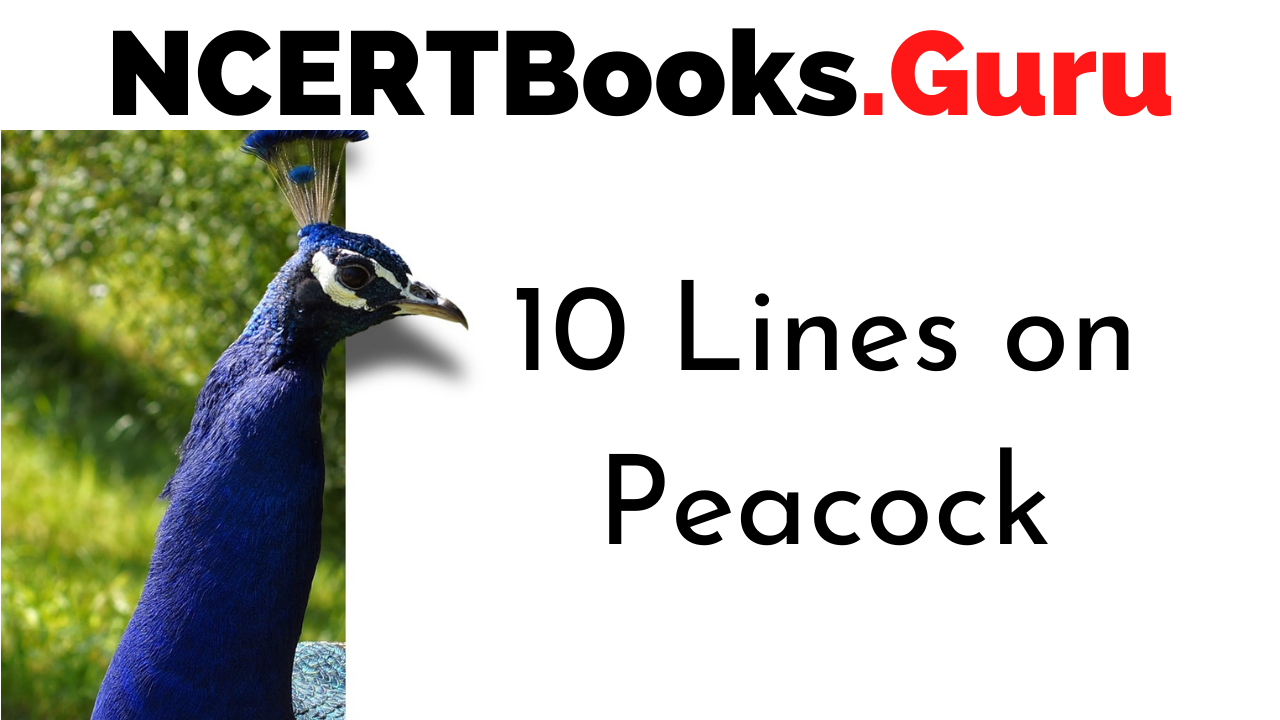 10 Lines on Peacock: Peacock, technically speaking, is the male name of a peafowl. The female is called a peahen. However, both of them are commonly referred to as peacocks.

Peacocks are magnificent birds and are have blue skin with a wide spread of green feathers. They look royal. The male, i.e. the peacock, is usually more attractive than the female. The peacocks generally spread their feathers when dancing in the rain, known as their mating dance. You will be lucky if you ever witness a peacock dancing.

A peacock can be easily identified from any other bird because of their distinctive features. Peacocks are omnivorous creatures, eat from the ground and live on trees at night. Different species of peacocks are generally found around parts of India, Sri Lanka, Indonesia and Africa. Peacock termed as the national bird of India since 1963. 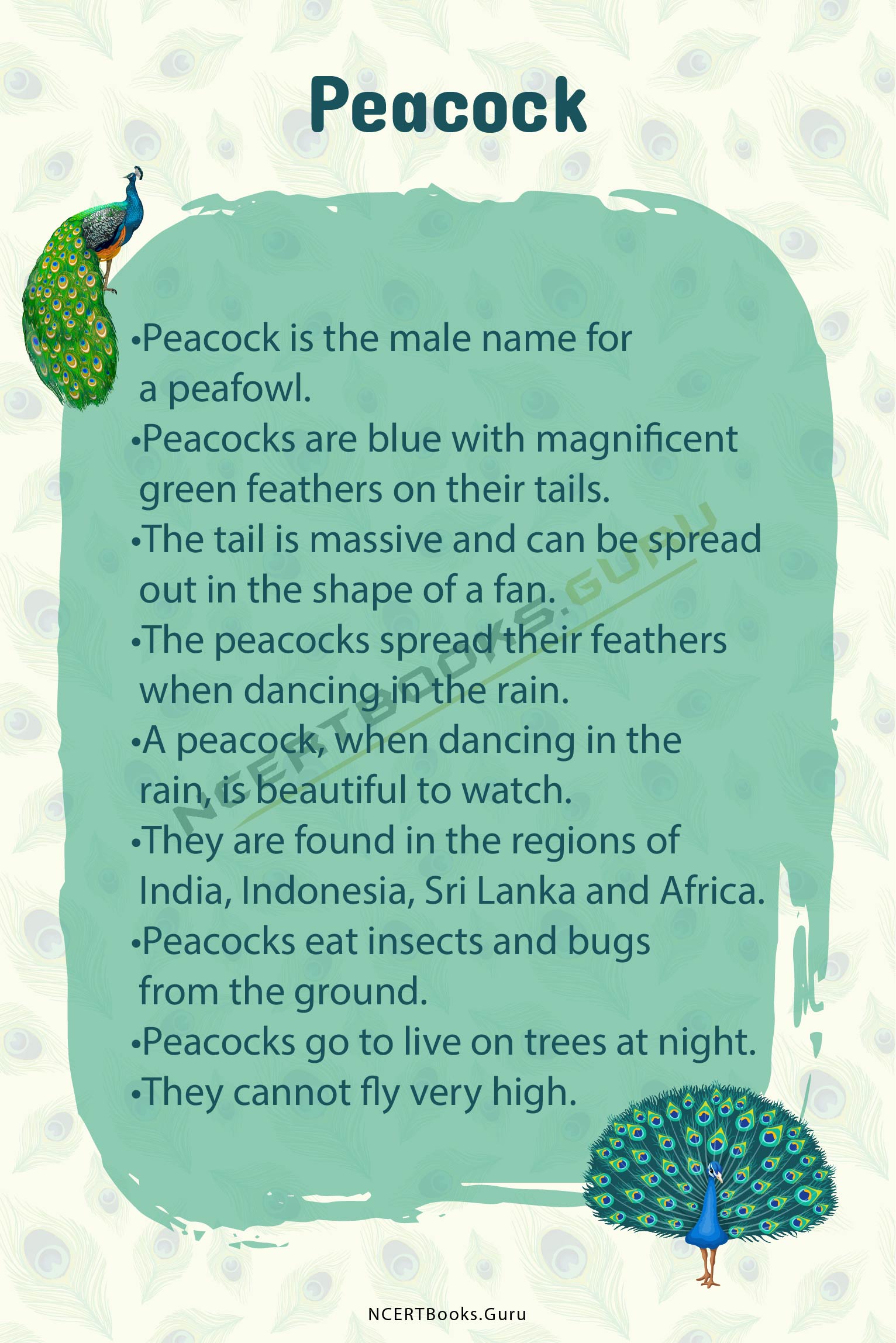 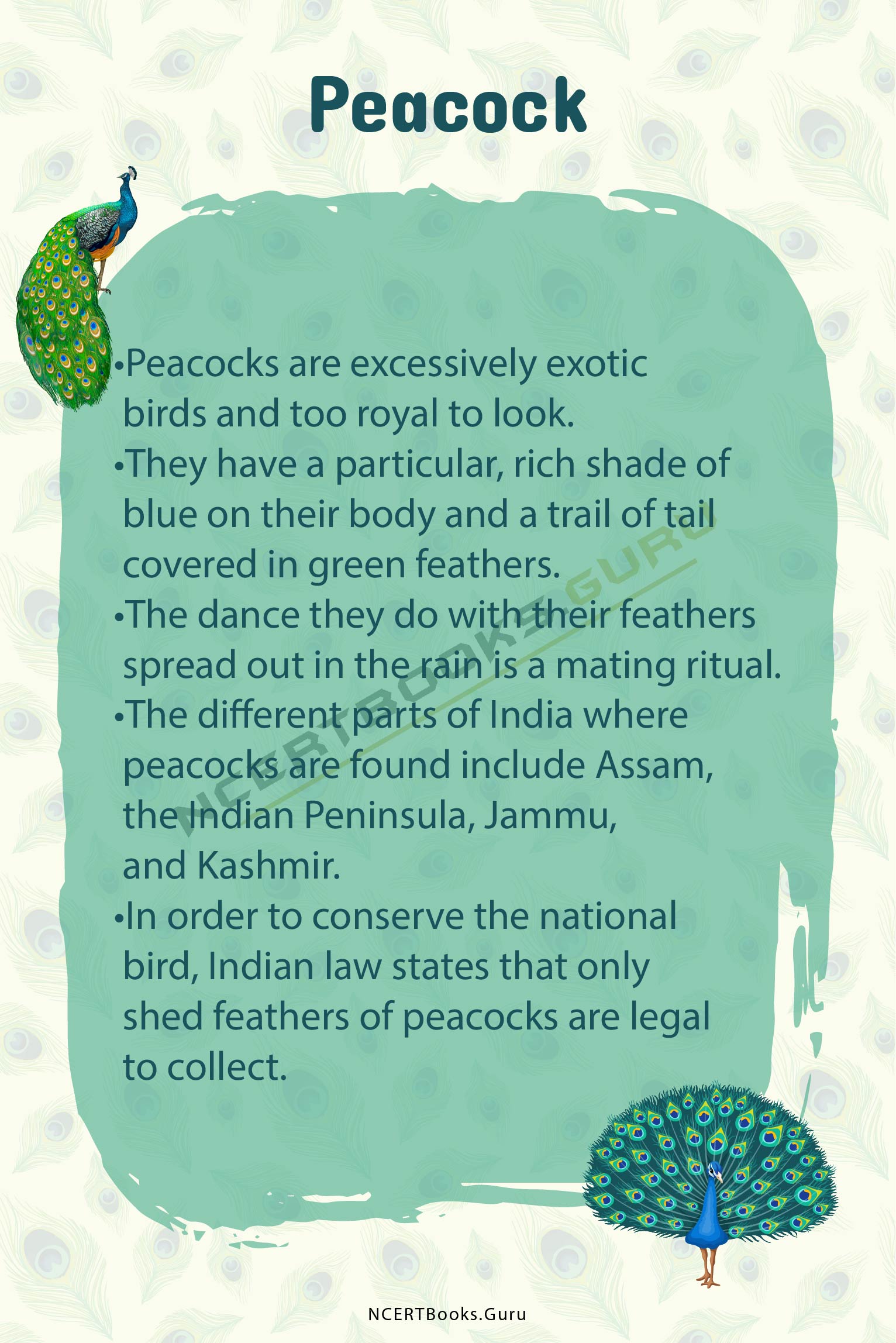 Question 1.
Where are peacocks found?

Answer:
Different species of peacocks are found in different parts of India, Sri Lanka, Indonesia and Africa. The blue peacock lives in India and Sri Lanka, the green peacock is found in Java, and the rare Congo Peacock is located around the African rainforests.

Question 2.
What do peacocks eat?

Answer:
Peacocks are omnivores in nature and eat from the ground. They eat all sorts of plants, insects and small creatures found on the ground.

Question 3.
What is a peafowl?

Answer:
The peacocks are blue and green in colour. They have a long trail of tail behind them which is full of beautiful green feathers. These feathers spread out into the shape of an umbrella behind them when they are doing the mating dance.