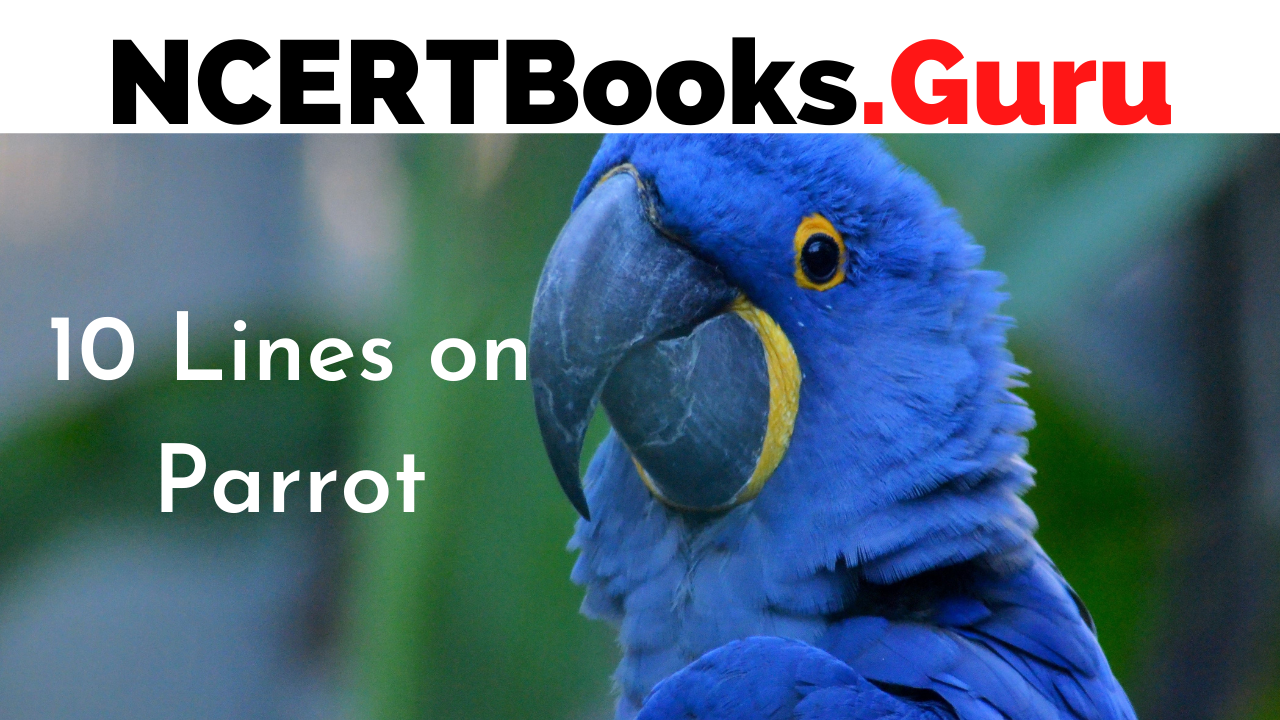 10 Lines on Parrot: parrots are known to be one the most intelligent set of bird species. One of their main characteristics is that they can memorize noises and sounds and also eat their food with their feet. Parrots are quite attractive as they have a curved beak and come in various bright colours. They can communicate with different species by imitating their sounds.

Parrots belong to a category of over 400 species especially in territories with tropical weather. Psittaciformes is the scientific name for parrots. Over the years parrots have become widely used as pets. According to the most recent survey, there are almost 15 million parrots. Parrots are beautiful creatures that are widely recognized the world over for their sound imitating characteristics, they are able to repeat sounds they hear. This shows the intelligence of their species, they can memorize sentences and reply back to questions. Parrots are very unique and smart creatures. This set is intended for students from classes 6, 7, and 8. 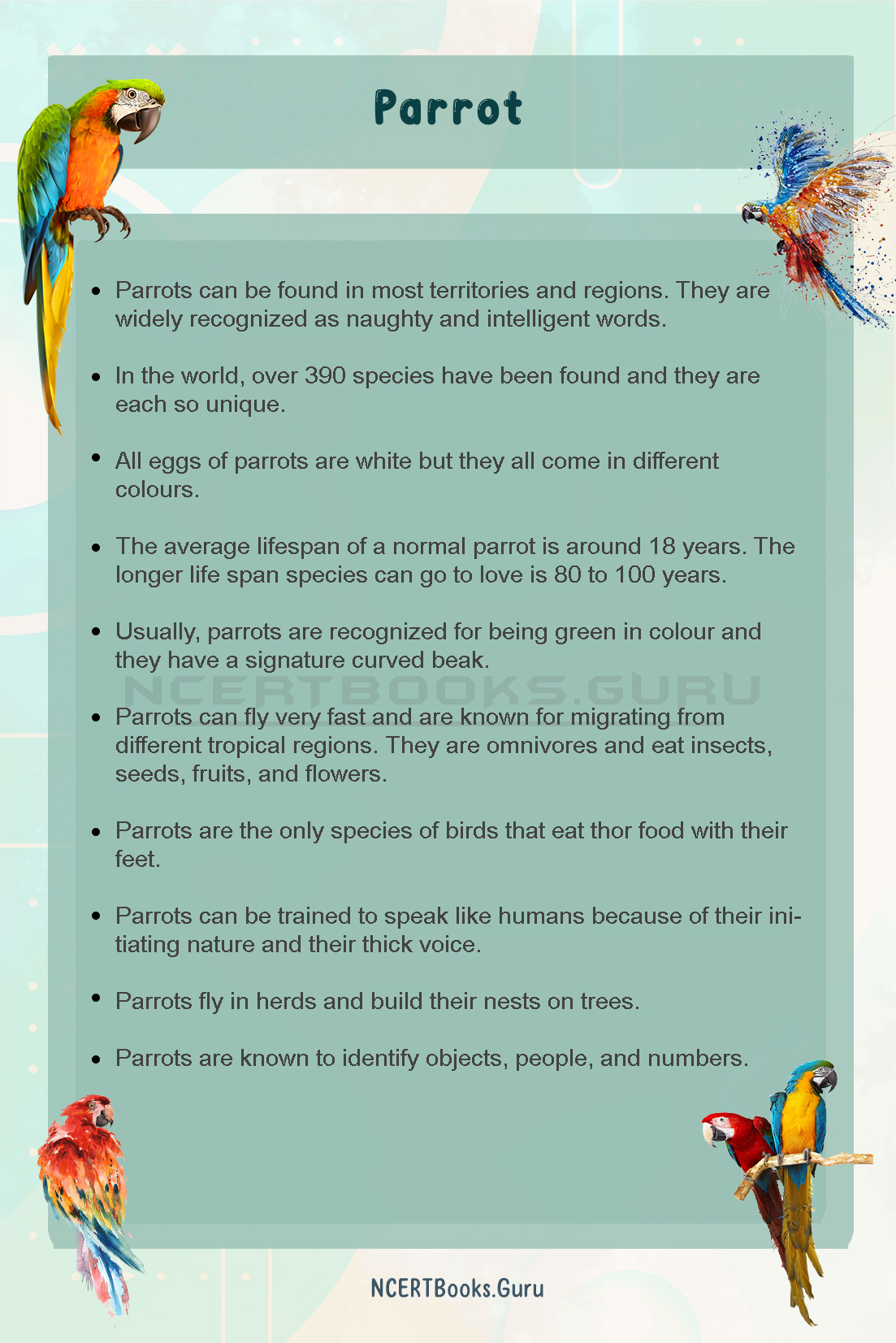 Question 1.
How can you identify a parrot?

Answer:
Parrots are quite attractive as they have a curved beak and come in various bright colours. They can communicate with different species by imitating their sounds.

Question 2.
what do parrots typically eat?

Answer:
Parrots can fly very fast and are known for migrating from different tropical regions. They are omnivores and eat insects, seeds, fruits, and flowers.

Question 3.
how long do parrots live for?

Question 4.
where are parrots found?

Answer:
Parrots like tropical regions also live in countries Africa, Asia, Central America, and also Australia which are typical homes for parrots. They like the heat and enjoy migrating to countries with the same temperature.