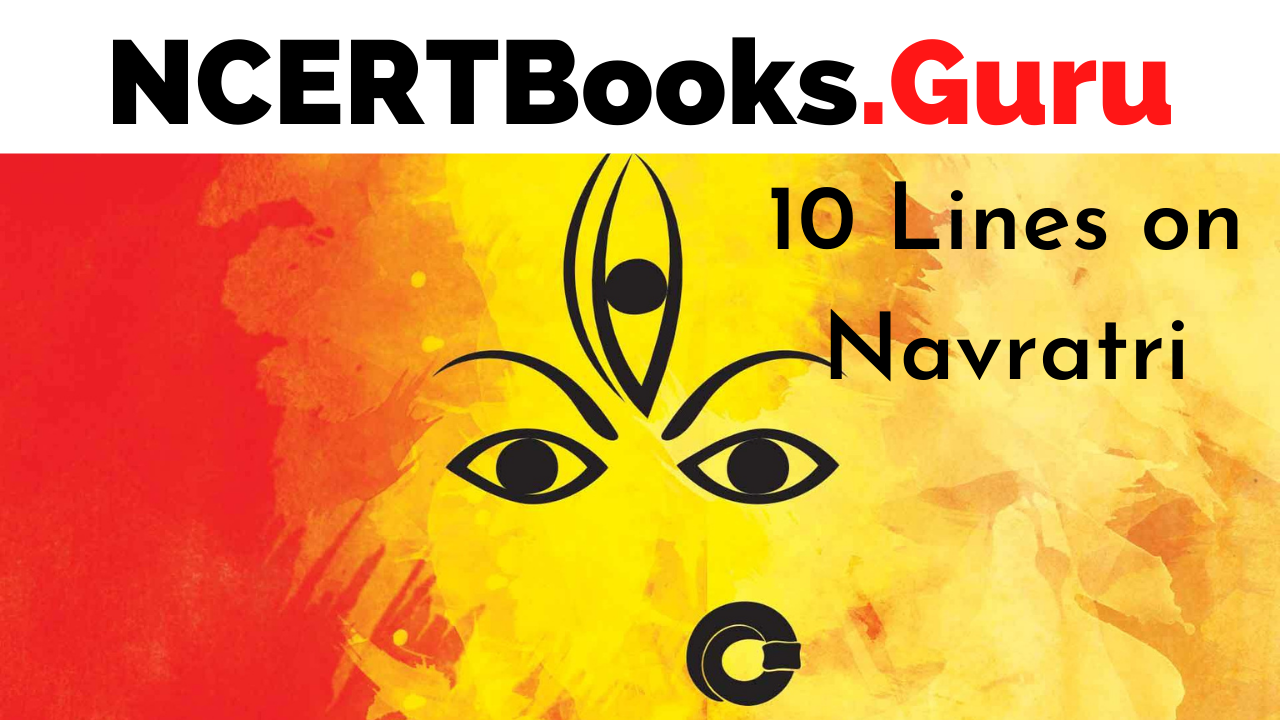 10 Lines on Navratri: Navratri is one of the most important and widely celebrated Hindu festivals. Navratri is celebrated over nine nights and ten days. It is observed between September and October. It is mostly in the autumn season. People of different states have different beliefs behind the celebration of this auspicious occasion. The first nine days of this festival are called Navratri, whereas the tenth day is Dussehra or Vijayadashmi. The Hindus during the nine days of Navratri worship goddess Durga. Goddess Durga is the epitome of power and beauty. She is worshipped during these nine days of Navratri in her nine different forms known as the Navdurga. At some places, people also worship Goddess Durga in her ten aggressive forms known as the Mahavidya.

In most of the places across the country, people decorate pandals of Maa Durga. People like the Gujaratis perform Garba around the deity of Goddess Durga. People believe that during these nine days of Navratri Maa Durga came to visit her parents on earth. So they celebrate Navratri with jubilation. The Navratri festival is observed in the Sharad Ritu (season), so it is named Shardiya Navratri and is celebrated by the people with great joy and happiness. 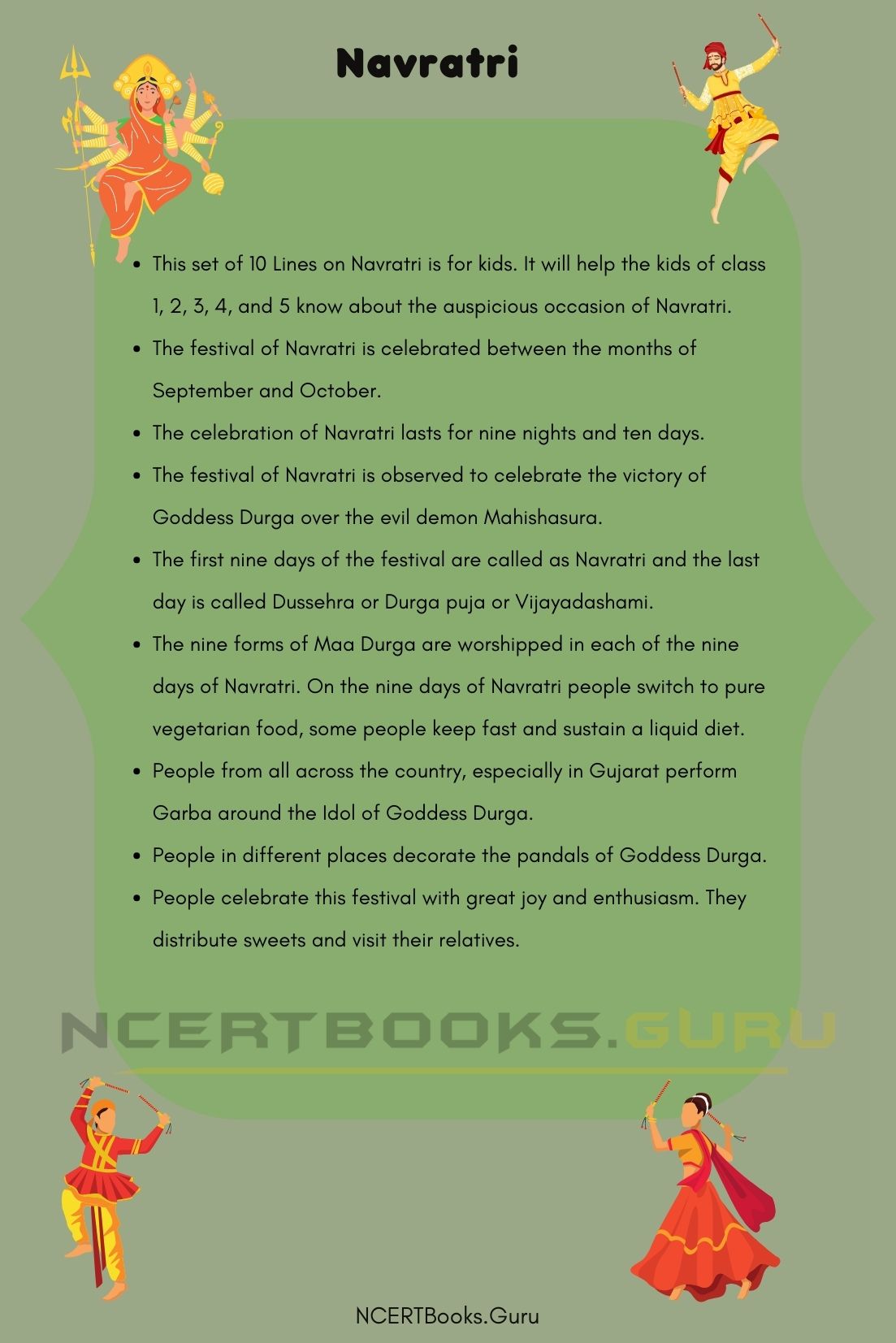 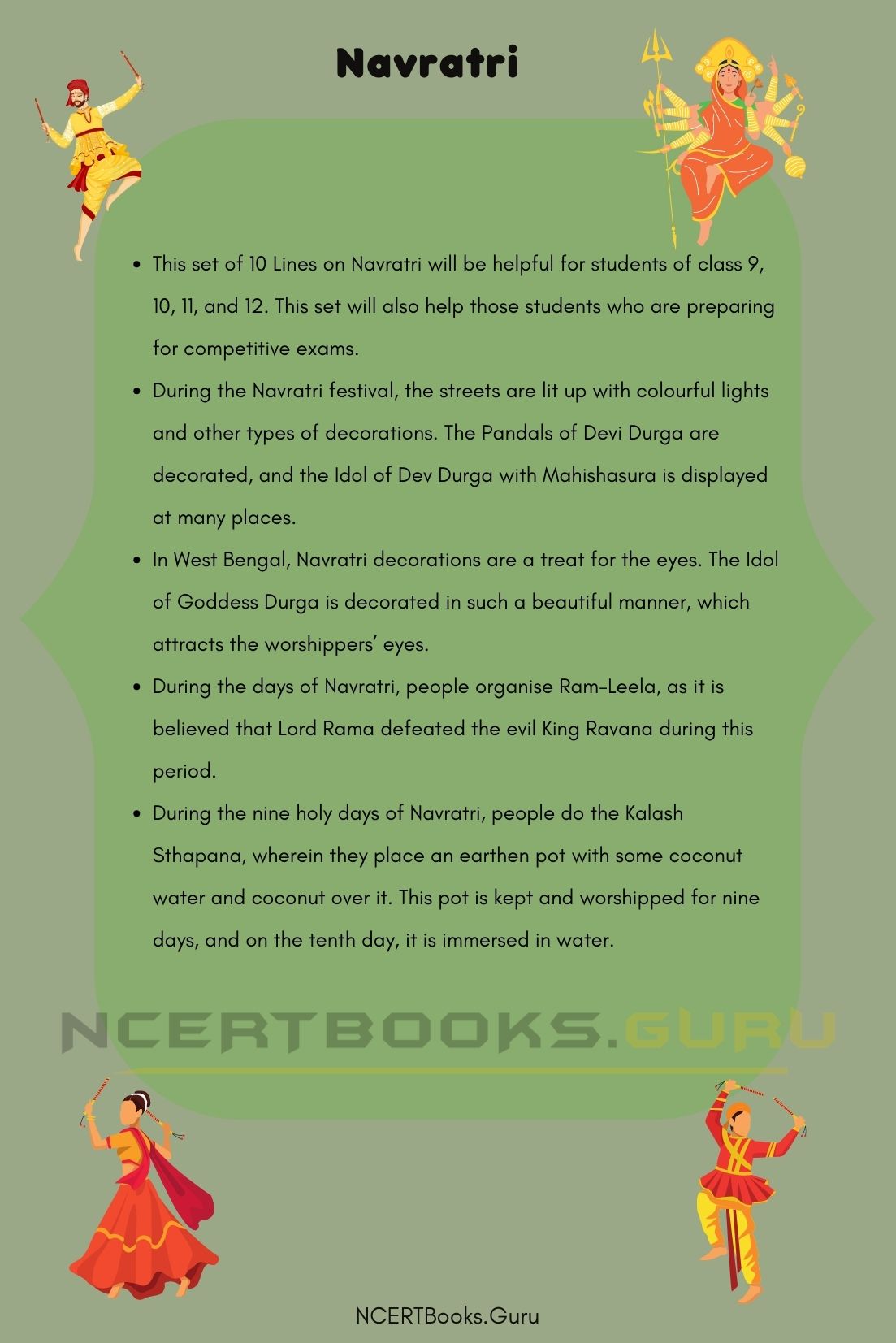 Question 1.
How do people celebrate Navratri?

Answer:
People from all across India celebrate the holy and religious festival of Navratri. However, people in different states celebrate it in different ways. For example, people of Gujarat celebrate Navratri by dancing to the tune of Garba and Dandiya around the Idol of Devi Durga. At the same time, people in West Bengal love to have beautifully decorated pandals and streets during the nine days of Navratri. Apart from this, people keep fasts throughout the nine days of Navratri or prefer to have fruits and juices. The people wear new clothes, distribute sweets and worship Devi Durga with all their devotion.

Question 2.
What are the types of Navratri?

Answer:
Devi Durga is considered as the Goddess of Power and Strength. Goddess Durga is the embodiment of Beauty. She is displayed with Ten arms, and each of her arms has a different weapon. She killed the demon Mahishasura, and we celebrate Dussehra to honour her victory. According to Hindu mythology, Goddess Durga has two daughters, Maa Saraswati and Maa Lakshmi. She also has two sons, namely Lord Ganesh and Lord Kartia. People believe that worshipping Goddess Durga brings prosperity and growth in one’s life.

Question 4.
Why is Navratri Celebrated?

Answer:
Navratri is celebrated to honour the victory of Goddess Durga over the demon Mahishasura. People also believe that during the nine days of Navratri Lord Rama fought and defeated the evil King Ravana. So, the celebration of Navratri signifies the win of Good over Evil.