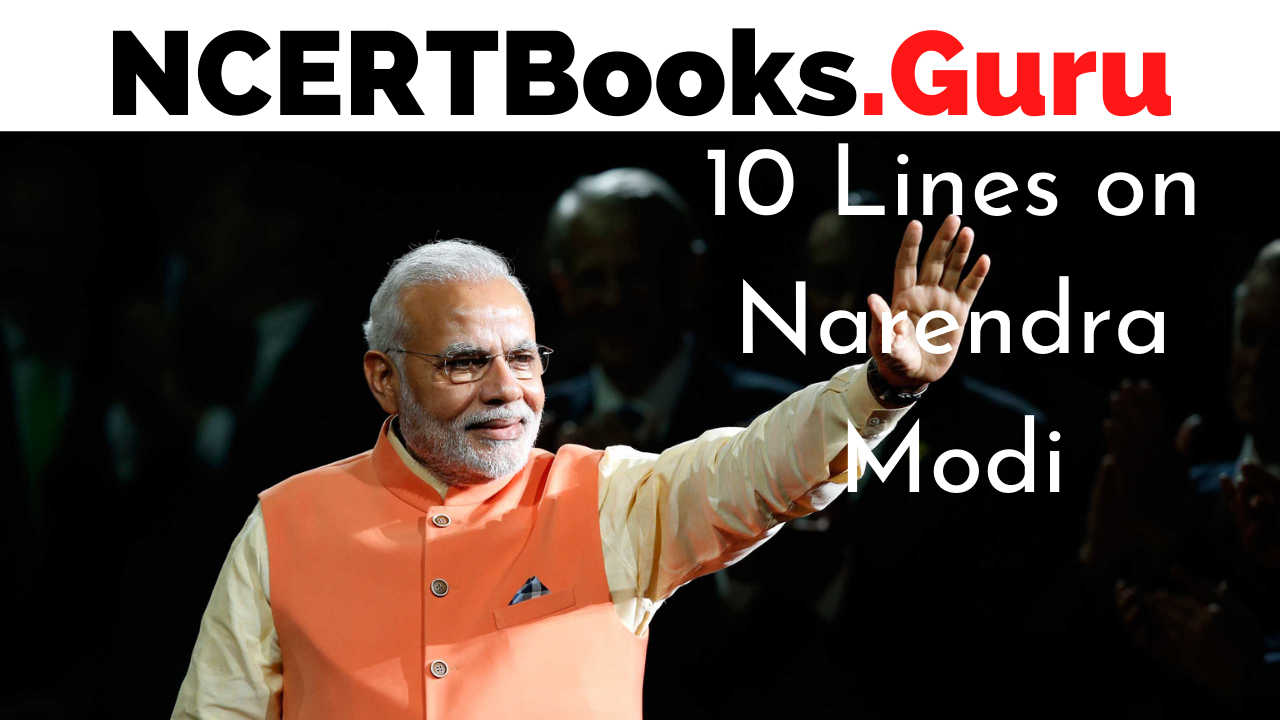 10 Lines on Narendra Modi: Narendra Domodardas Modi is an Indian politician serving as the fourteenth and current Prime Minister of India since 2014. In 2001, he was chosen as the Chief Minister of Gujarat 2001. He is also a member of Parliament in Varanasi.

Modi is a Rashtriya Swayamsevak Sangh (RSS) member and the Bharatiya Janata Party (BJP). He is also a member of a Hindu nationalist volunteer organization. Modi is the only Prime Minister outside of the Indian National Congress. He has won two consecutive terms with an absolute majority, and after Atal Bihari Vajpayee, he is the second to complete more than five years in office. 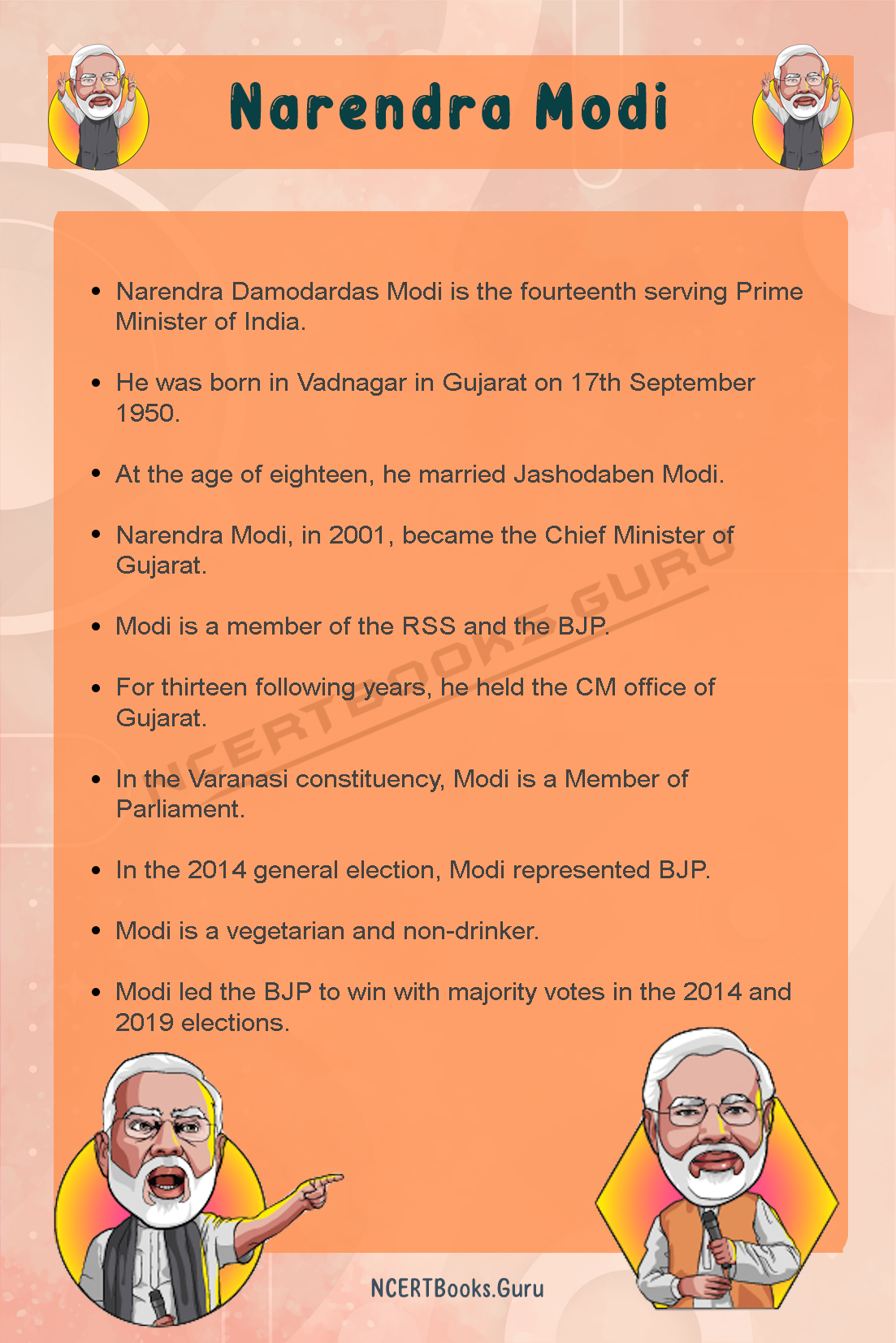 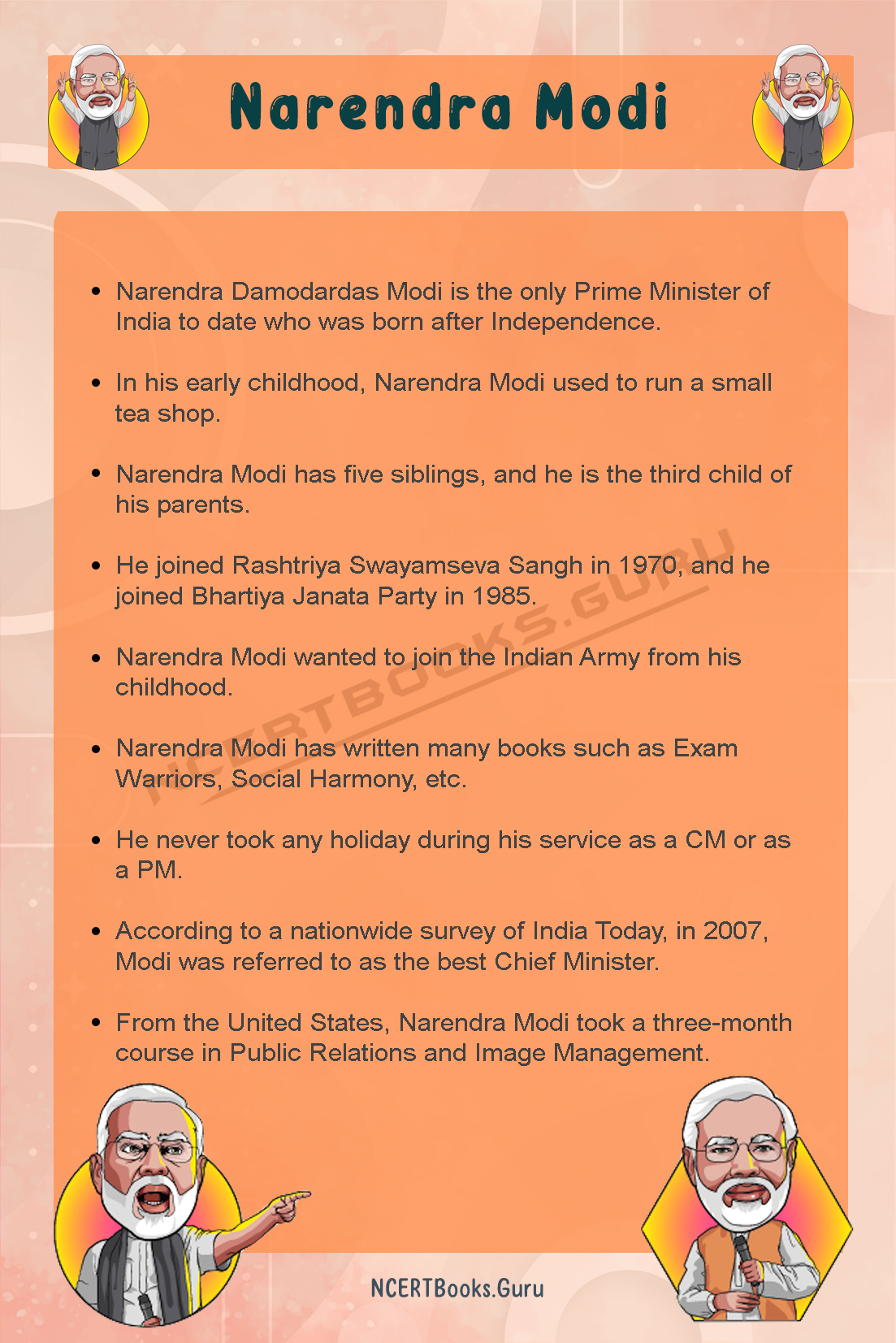 Question 2.
Why did Narendra Modi leave his home at an early age?

Answer:
Narendra Modi left his home after passing from his high school because of his child marriage to Jashodaben Chimanlal Modi, whom he neglected and later publicly acknowledged many years later.

Question 3.
What are some of the schemes launched by Narendra Modi after being appointed as the prime minister of India?

Question 4.
What was Narendra Modi’s Rank in the Forbes World’s Most Powerful People list 2018?

Answer:
In 2018, Narendra Modi ranked 9th in the Forbes World’s Most Powerful People.