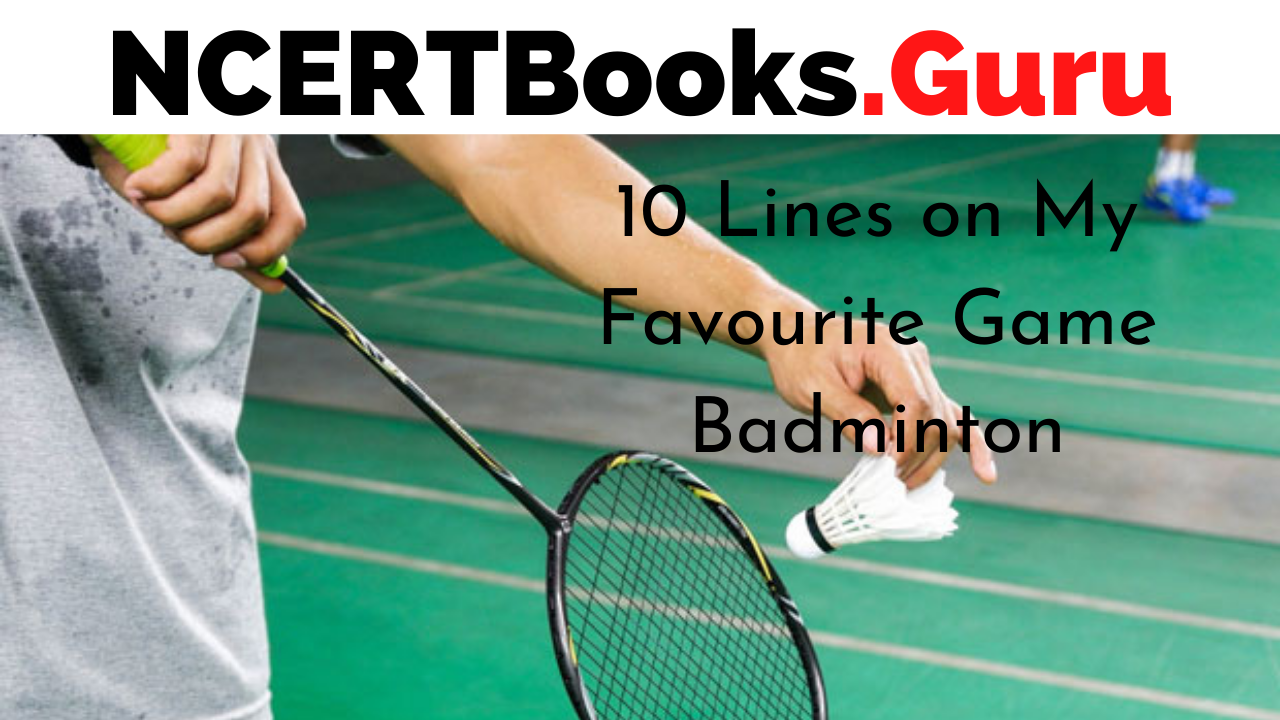 10 Lines on My Favourite Game Badminton: Badminton is considered as a racquet sport which is meant to be played with a racquet. The racquet is used to hit a shuttlecock out to the other side of the net. It is commonly played in singles and doubles. In a singles match, one player challenges another player. However, in a doubles match, a group of two players challenges another group of two players. The game was first played in the 19th century. The sport was included in the world games in the year 1989 whereas it was included in the Olympics in the year 1992. The sport badminton has the highest governing body, which is known as the Badminton World Federation.

There are only two types of equipment used in a game of badminton, a racquet and a shuttlecock. Most commonly, badminton is played as a casual game for fun. This casual games of badminton take place in beaches or home yards. However, the formal games are played in a badminton court which are present inside an indoor stadium. This game is very famous among kids and teenagers because it is not that difficult and can be played with a limited number of equipments. It also doesn’t require a giant field and can be played anywhere.

Children usually play this game or sports during the winter season. This game is considered the best game by many children, and they specifically consider these sports as their favourite game. Similarly, it is also my favourite game, and I prefer it over other games.

Set 1 – 10 Lines on My Favourite Game Badminton for kids

The set 1 was specifically designed keeping in mind the students who are in classes 1, 2, 3, 4, and 5 Set 2 is specifically designed keeping in mind the students of class 6,7 and 8

Set 3 is specifically designed keeping in mind the students of class 9, 10, 11 and 12. This set is also important for students who are into some professional course. 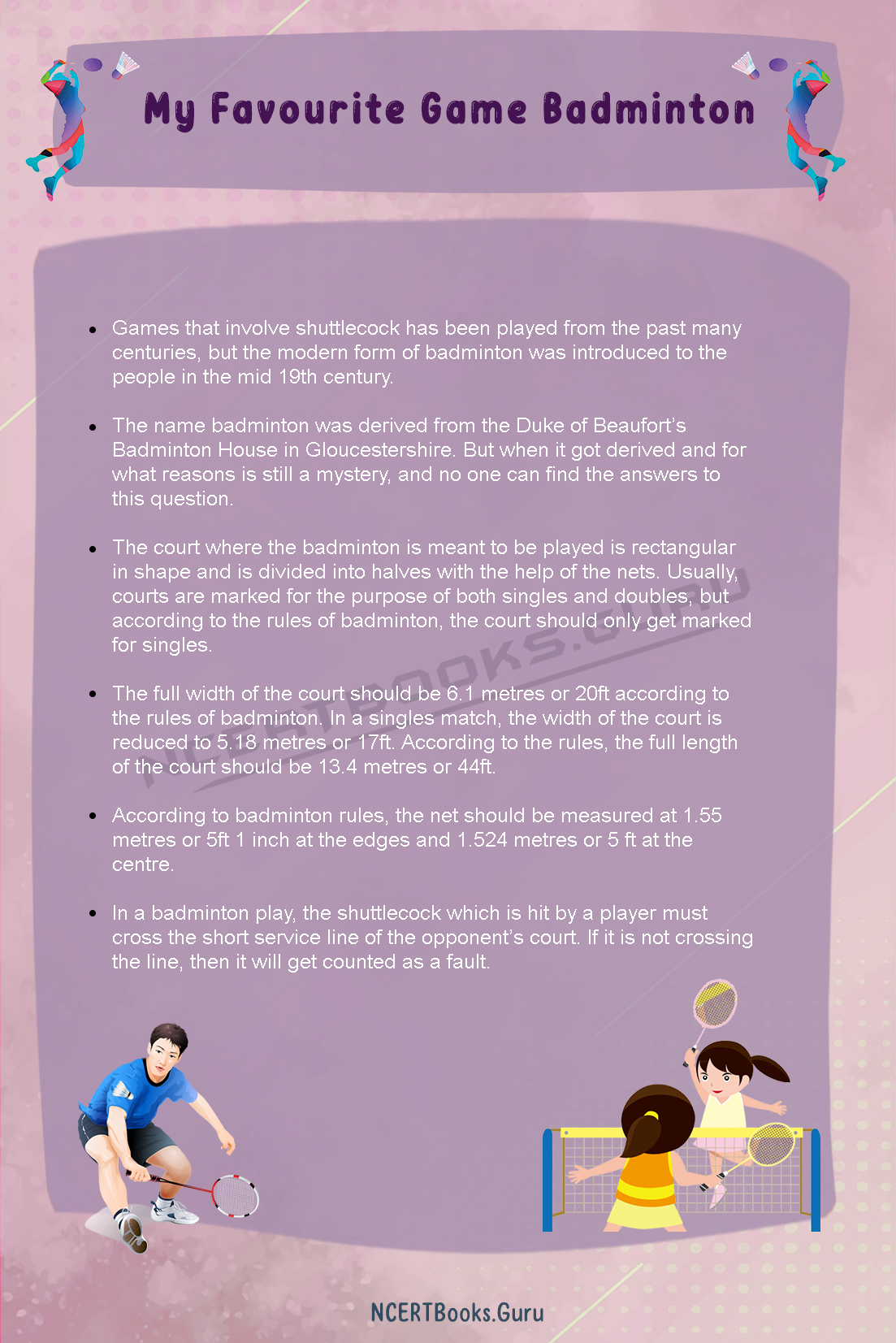 Question 1.
What are the types of equipment used in a badminton match?

Answer:
The types of equipment that are used in a badminton match are racquet and shuttlecock. The racquet is made of metal and strings and weighs approximately 75 gms to 90 gms. At the same time, the shuttlecock is lightweight as it is made of bird wings. Nowadays, the plastic shuttlecock is also available in the market.

Question 2.
What happens when a let is called.

Answer:
In a badminton game, if a let is called, the game is stopped suddenly and replayed without no change in the scores of both the teams. Let’s are called when some unwanted disturbance occurs between the game such as the shuttlecock touching the overhead of a rail.

Question 3.
What happens when the score reaches 20- all?

Answer:
In case the score reaches 20 all that means both the players have scored 20 each in one game then the game continues till one player gains 2 points more than his/her opponent (such as 26-24). However when the score reaches to 29 all the game is decided with the golden point whosoever take this point wins.

Question 4.
Who is the highest governing body of badminton?

Question 5.
When badminton got introduced?

Answer:
Badminton has been played for years using the shuttlecock, but the actual introduction of badminton has taken place in the mid 19th century. It got introduced in Asia by British India.