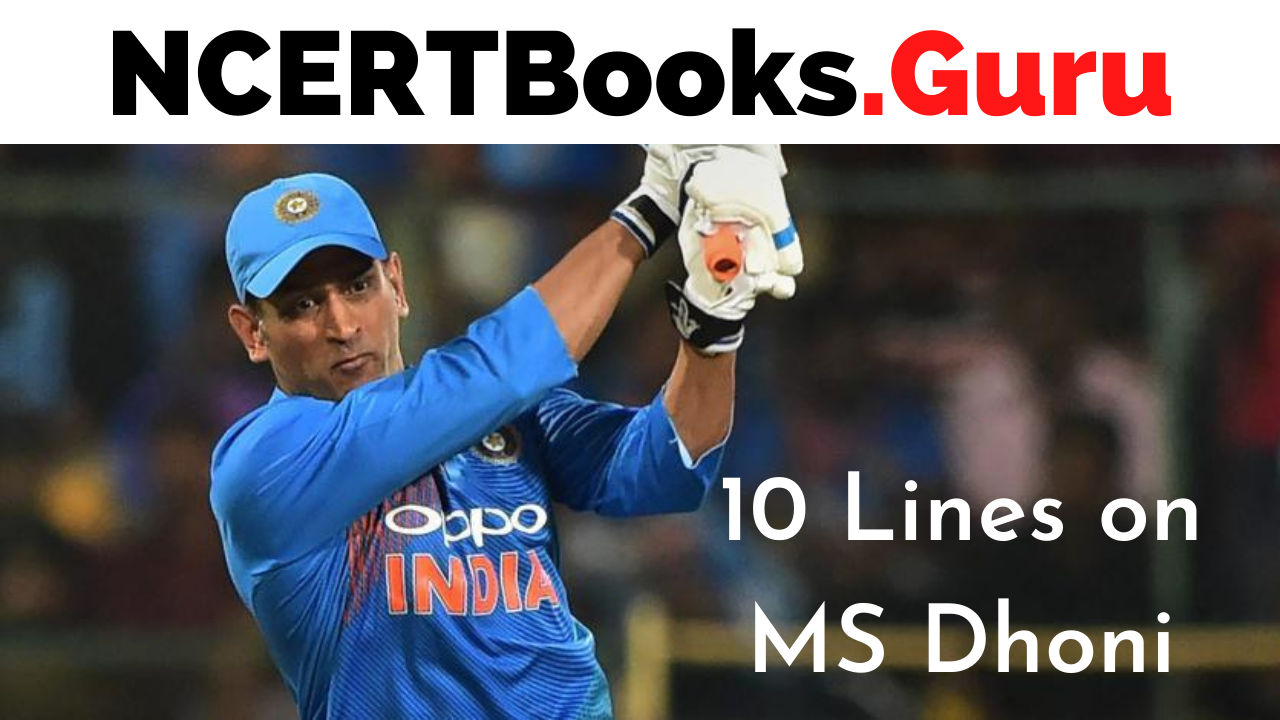 10 Lines on MS Dhoni: When it comes to appreciating Indian cricketers, MS Dhoni is a top-listed player. Born on 7 July 1981, Dhoni is Indian International cricket player who was a former captain of the Indian Team for around 11 years. His captaincy brought many honours to India in cricket, and presently he has earned millions of fan following.

However, the life-journey for everyone is not that easy as we think. Similarly, Dhoni had made to Indian Cricket Team with a lot of hard work and passion. He is a tagged coolest captain of Indian Cricket Team to take the most appropriate decisions every time. Throughout his life, he had faced many ups and downs but eventually made to the Indian Team. Learn more about MS Dhoni through the set of ten lines listed upon him. Below are the created sets of ten lines on M S Dhoni that states his life journey. Hopefully, these will entertain you the most. 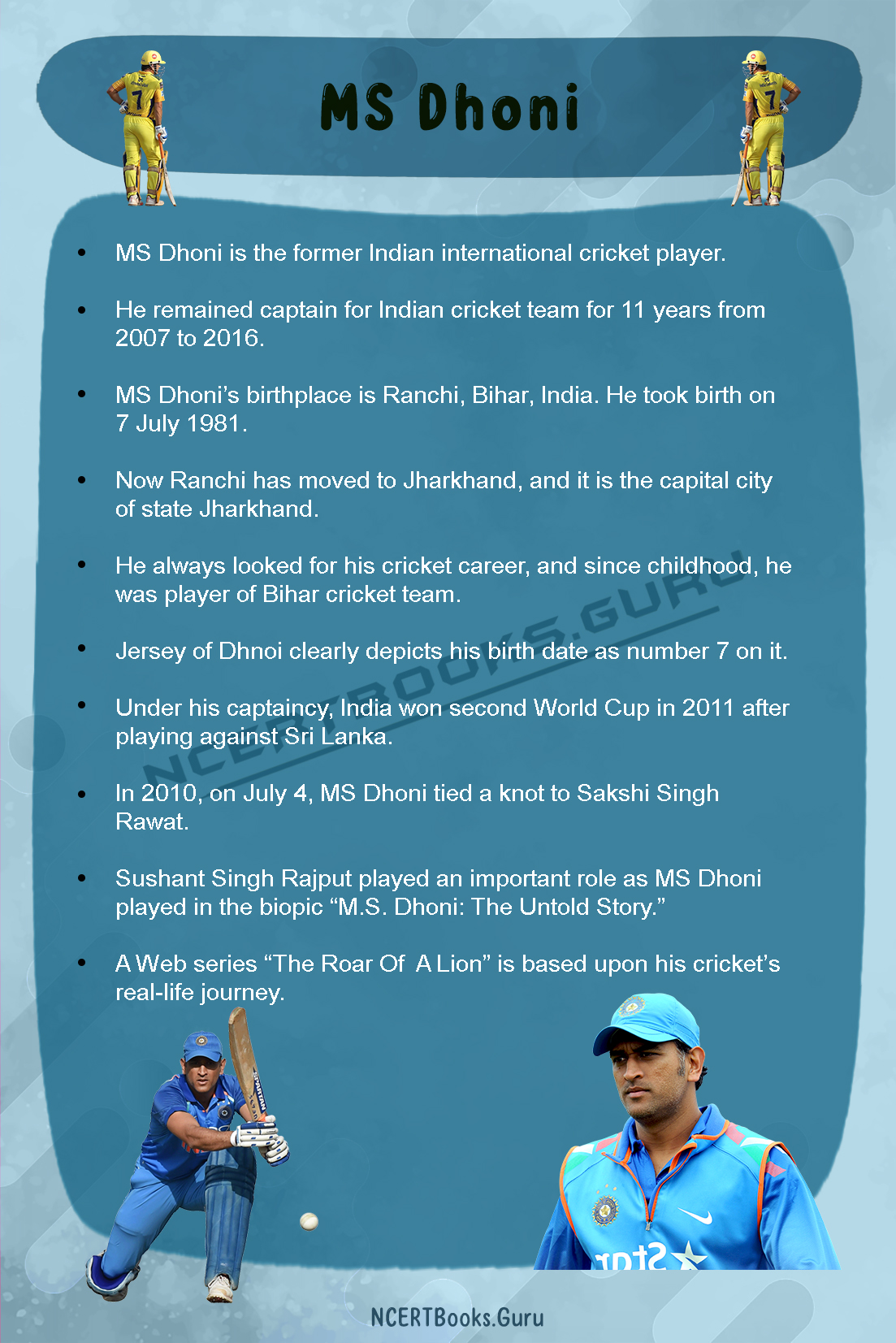 This set is suitable for students in standard 6, 7, and 8.

Ten lines on MS Dhoni are suitable for students of standard 9, 10, 11, 12, and other competitive exams. 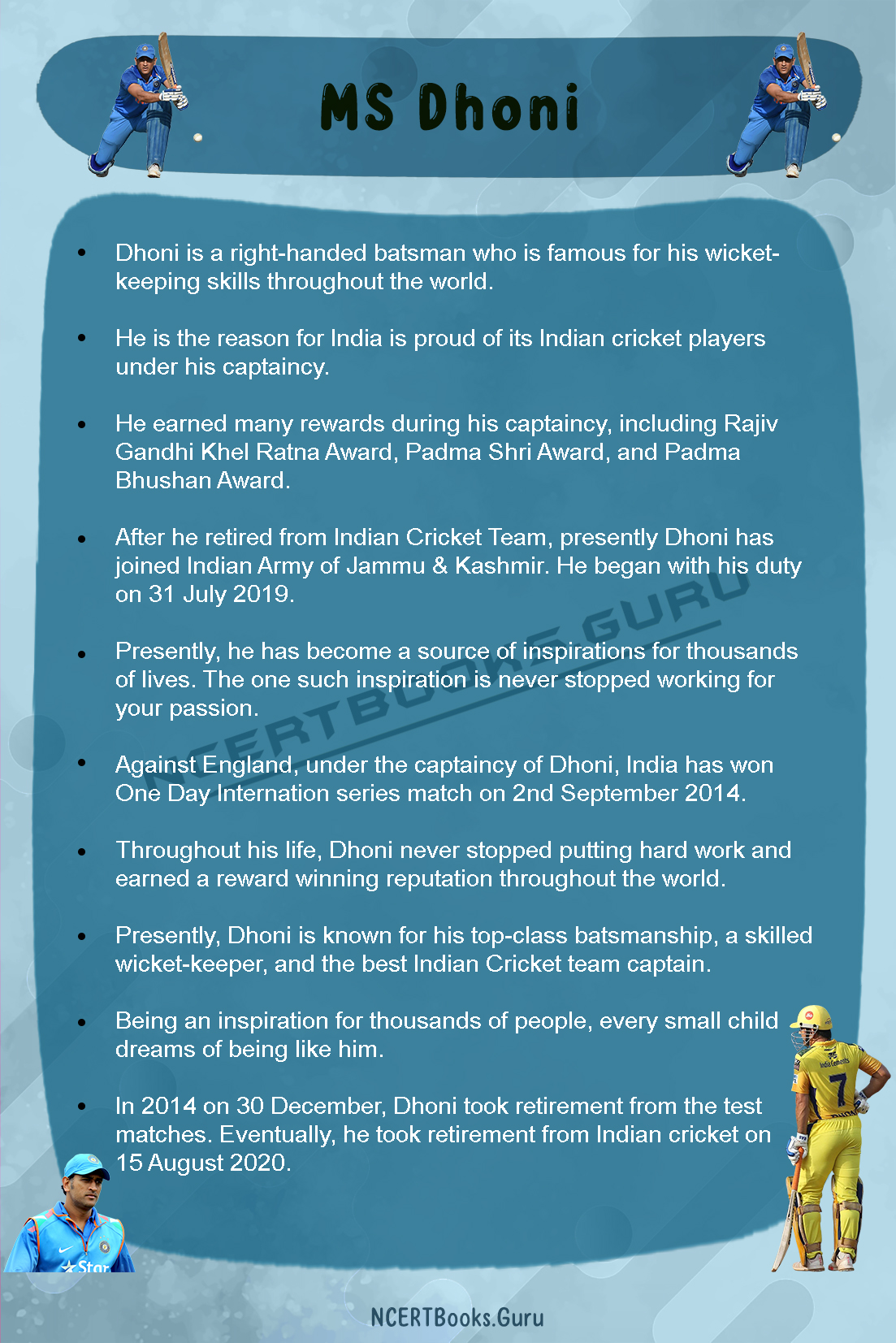 Answer:
Dhoni has been rewarded with the three best and high awards- Padma Shri Award, Padma Bhushan, and Rajiv Gandhi Khel Ratna Award. However, he didn’t win the Bharat Ratna Award during his playtime. Even Dhoni made to ICC ODI Team of the Year, ICC Award for Spirit of Cricket, and LG People’s Choice Award.

Question 2.
How much money is paid to Dhoni to play a match?

Answer:
The pay scale for Dhoni for each match was not constant. However, before his retirement, Dhoni took 20 lakhs for a single match. However, BCCI doubled-up his salary for playing World Cup and ICC tournaments.

Question 3.
Who is known as the King of Indian IPL matches?

Answer:
Without any doubt, MS Dhoni is tagged as the king of Indian IPL matches. Players usually get these titles from his fans. Similarly, Dhoni got this title from his fans.

Question 4.
Why do fans call Dhoni as Captain Cool?

Answer:
Fans tagged Dhoni as Captain Cool. The word is correctly defined for his nature to be a calm captain throughout the gameplay. He never lost his temper while playing a match. Also, his decisions always turned out to be match-winning.