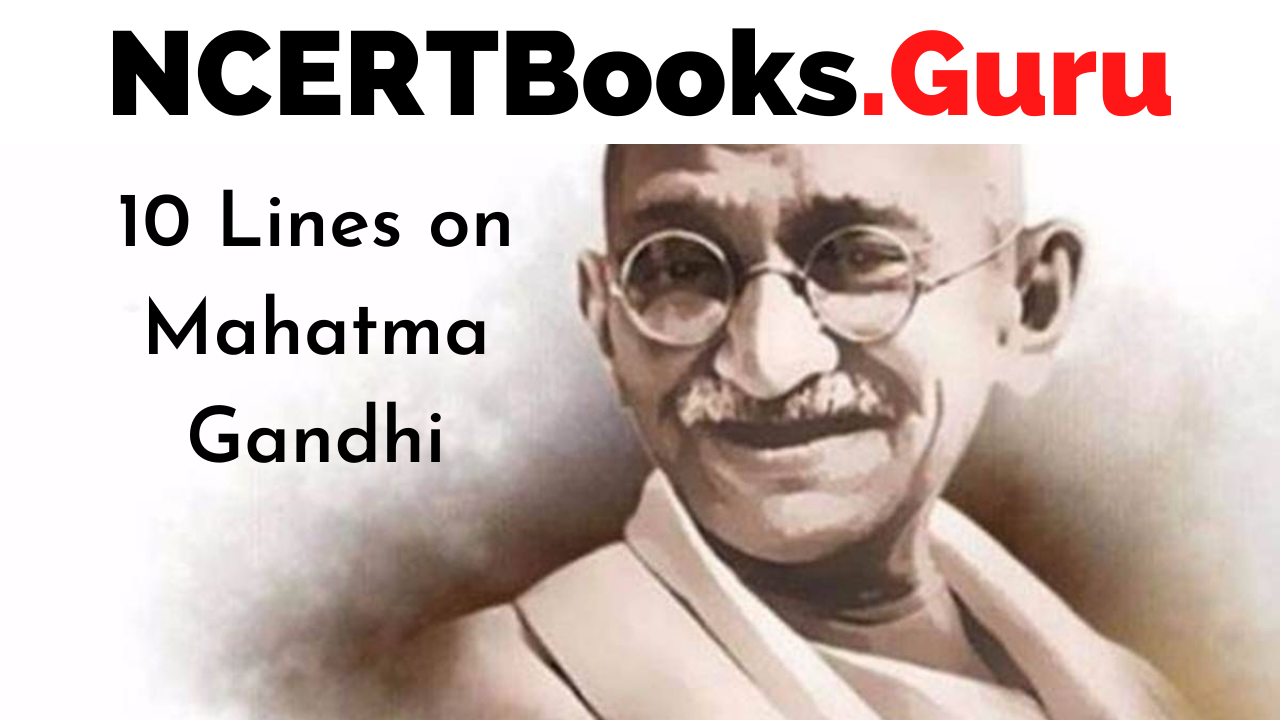 10 Lines on Mahatma Gandhi: Since history, India has seen many great heroes and freedom fighters. Mohandas Karamchand Gandhi, or, Mahatma Gandhi is one of them. Gandhiji was born on October 2nd in the year 1869, in Porbandar, Gujarat. He was a lawyer by profession. He is internationally esteemed for his non-violent protest, popularly known as the Satyagraha movement, to achieve political and social progress against India’s British rule.

Secularism was yet another significant contribution of him, which is still relevant in modern India. He is most noted for his Ahimsa protest, Chaura-Chauri incident, khadi movement, and Dandi march. He is an inspiration to various leaders and had influenced many international leaders across the world. Besides, he was also noted for his contribution to the field of environmental sustainability. Question 1.
Why is Mahatma Gandhi called the ‘Father of the Nation”?

Answer:
Gandhiji used to consider all Indians as his children. He also used to live a very simple life and was self-sacrificing for India’s freedom. For all these reasons, he was called ‘Bapu’ by Indians and is considered the ‘Father of the Nation.’

Question 2.
What is the full name of Mahatma Gandhi?

Answer:
Mohandas Karamchand Gandhi was the full name of Mahatma Gandhi. He was later on titled ‘Mahatma,’ meaning a great soul, by the people of South Africa.

Question 3.
When was Gandhiji born?

Answer:
On October 2nd, in 1869, Gandhi was born to a merchant caste family in Gujarat.

Question 4.
What is Mahatma Gandhi famous for?

Answer:
Mahatma Gandhi is famous for his Non-violent movement, which was later on accompanied by Satyagraha, Dandi March, Khadi, Khilafat movement, and lastly, Quit India movement.