10 Lines on India: India is a country situated in the south region of Asia. It is considered as the largest democracy and 2nd largest country based on population. India is bounded by countries like Pakistan, Afghanistan, China, Bangladesh, Nepal, Bhutan, Myanmar, and Sri Lanka. Three water bodies surround the south-west, south, and south-east part of India.

India is a country of numerous languages and religions. People from every religion live here peacefully with others. India is well-known all around the world for mouth-watering foods, festivals, and different cultures.  New Delhi is the capital of India. 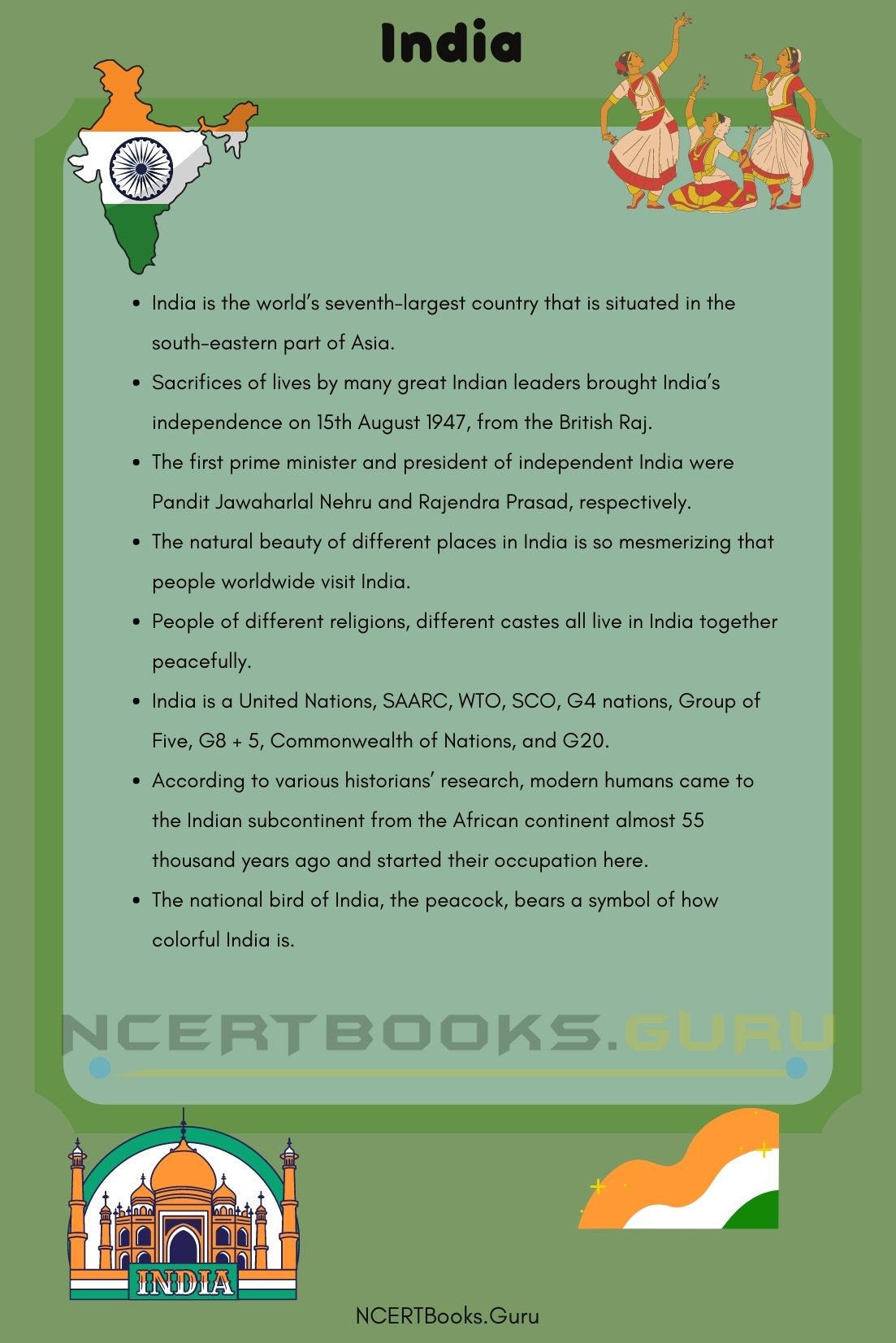 Answer:
India is surrounded by countries like Pakistan, Afghanistan, China, Nepal, Bhutan, Myanmar, Bangladesh, and Sri Lanka. Three huge water bodies that surround our country India from the south-western, south, and south-eastern side. The long-range of The Himalayas surrounds the northern part of India. The Himalayas also protect India from enemy attacks.

Question 2.
How is India ruled?

Answer:
India is a democratic country where the Prime Minister controls everything. Above him, there is a president who is required to pass some specific bills made in Lok Sabha. Each of the 28 Indian states has a chief minister who takes care of his/her state’s development. The Prime Minister and President’s office are in New Delhi, India’s capital and most of the rules and regulations are made there.

Question 3.
What is the ranking of India based on population?

Answer:
India holds the 2nd rank in the world based on the population.