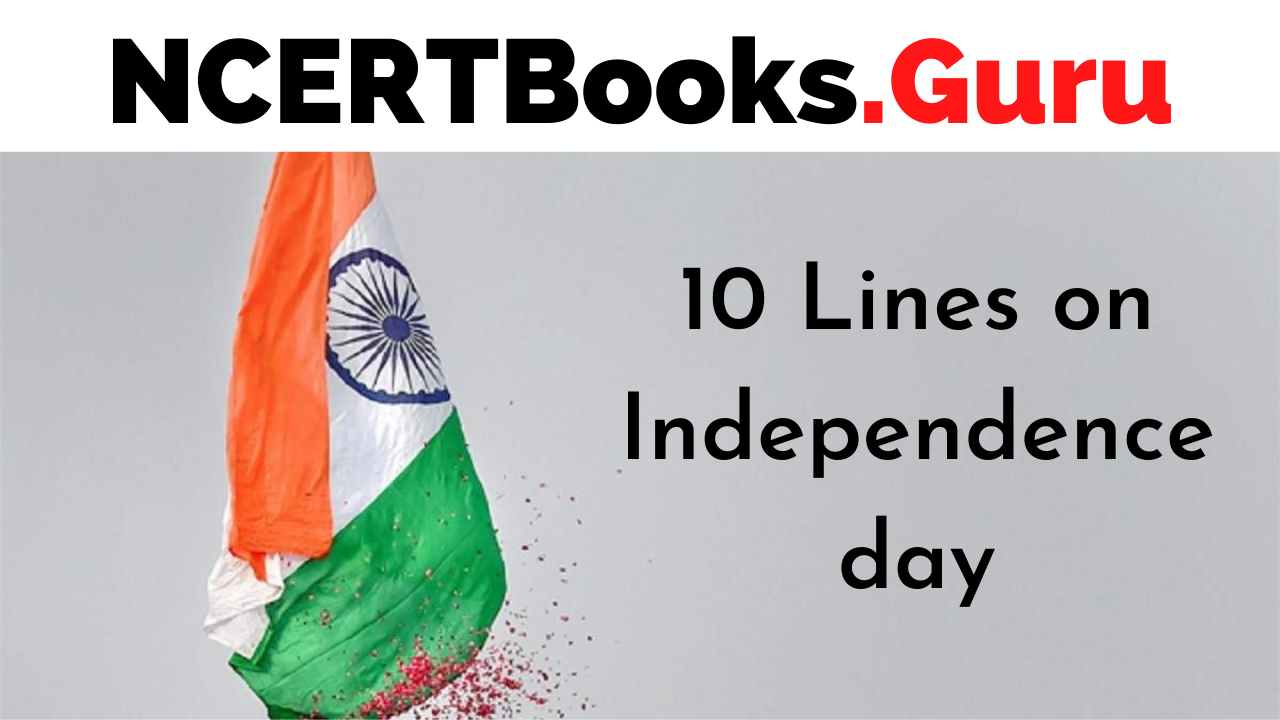 10 Lines on Independence day: August 15th, 1947 is marked as the year when India got its independence and it is one of the most important days in India’s history books. The British colonial rule that went on for over 200 years had divided the subcontinent of India into two parts that are India and Pakistan. Towards the democratic structure of the country, Independence Day holds a lot of sentimental value as there is a sense of patriotism and nationalism which every Indian holds towards the country.

In this article, we will go over 10 lines on Independence day. Three will be three sets that are for different classes so students will be able to understand how India got Independence and have a brief idea of what happened. In each of these sets, the 10 lines are put to help students have a basic idea of India’s Independence which will help students be a step ahead of their peers. 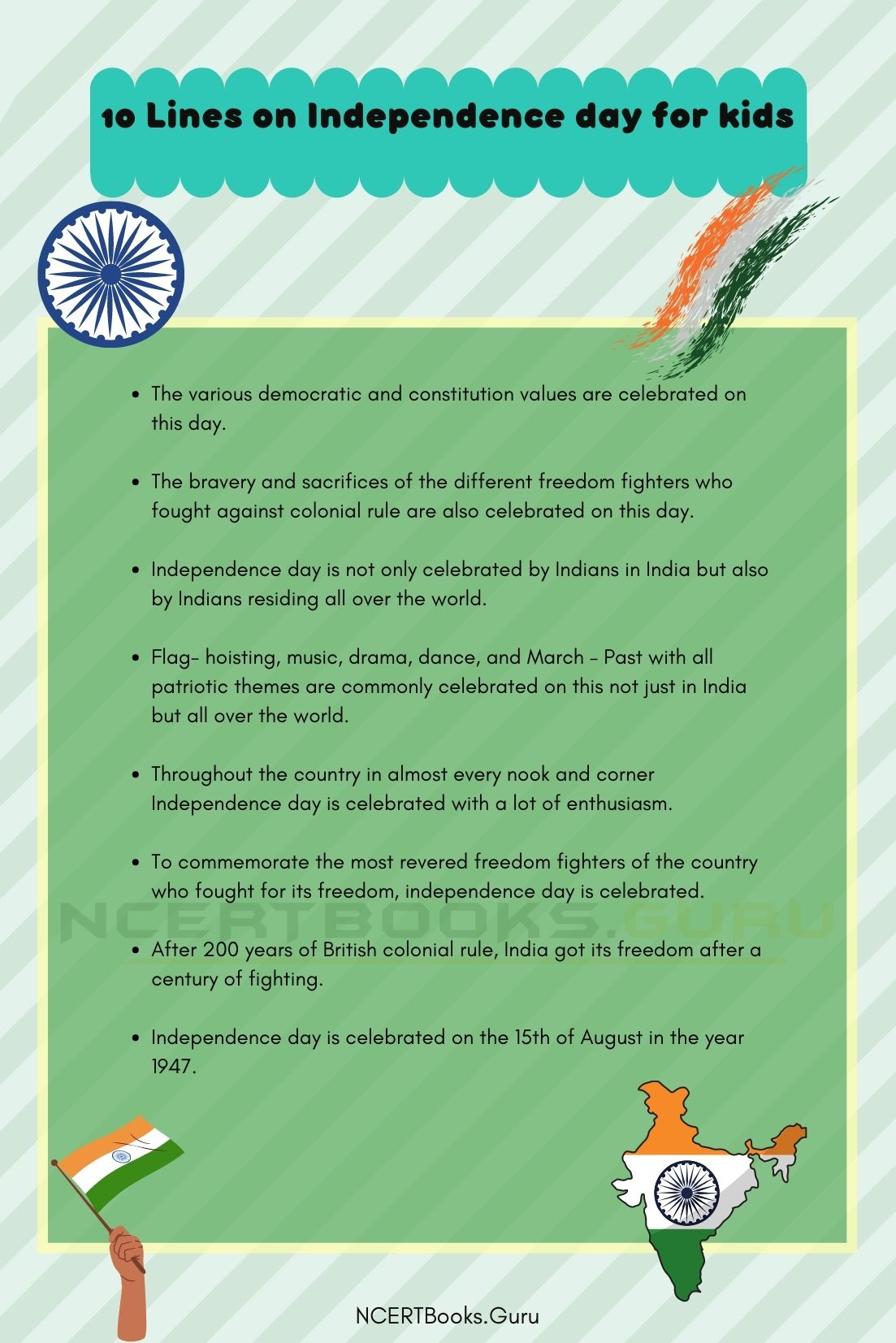 This set is intended for students of classes 6, 7, and 8. 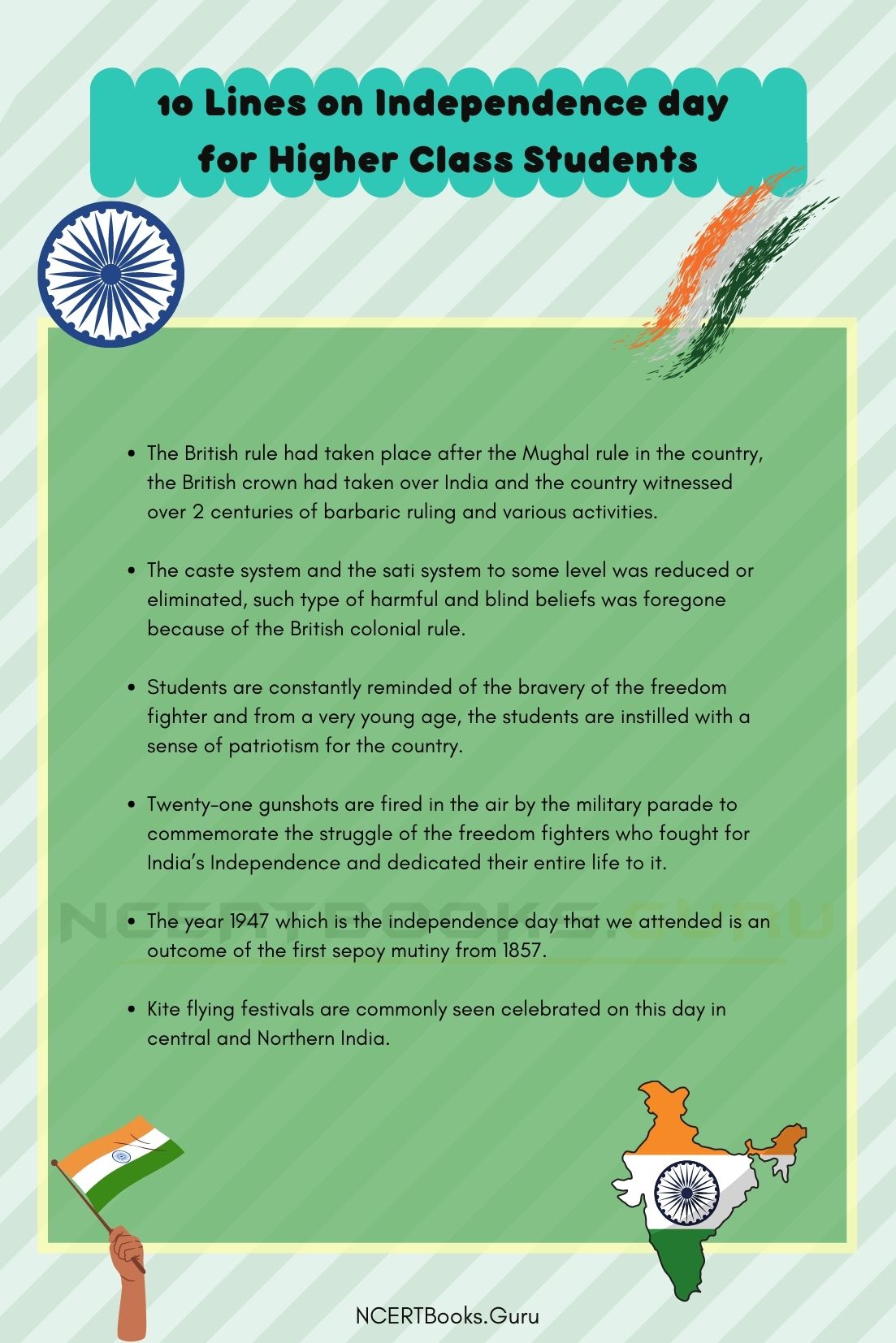 Question 1.
When did India and Pakistan divide?

Answer:
In the year 1947 both Pakistan and India got divided and it got official when the Radcliffe line was put in place on 17th August 1947.

Question 2.
For how long did British ruled India?

Answer:
The British ruled India for over 200 years and it took the country over 100 years to gain back independence.

Question 3.
Who are the most significant freedom fighters?

Answer:
Pandit Jawaharlal Nehru, Sardar Vallabhbhai Patel, Mahatma Gandhi, Swami Vivekananda, and Bhagat Singh are some of the bravest freedom fighters of India and are well celebrated in the country even to this day especially on Independence day.

Question 4.
where does the prime minister hoist the flag?

Answer:
The Prime Minister of India hoists the Indian flag in New Delhi at Red Fort every year on Independence day.