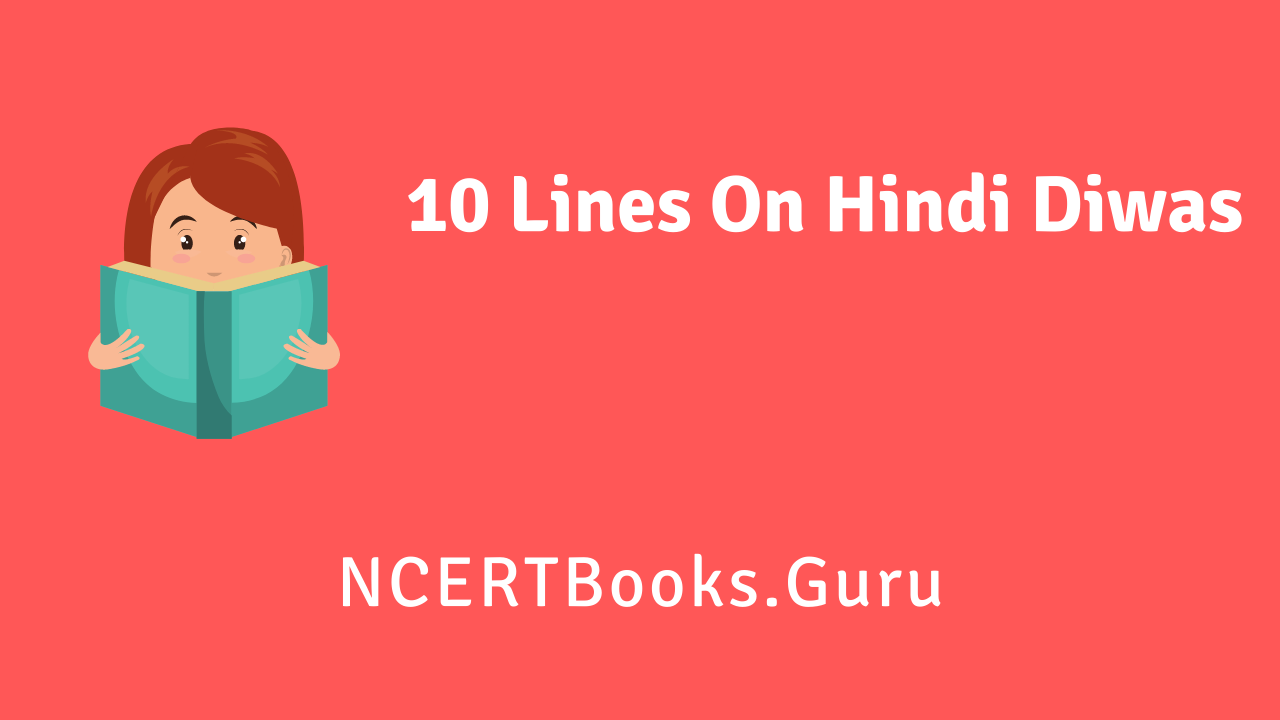 10 Lines on Hindi Diwas: Hindi Diwas is celebrated annually on the 14th of September every year. It is majorly celebrated in the northern regions of India to observe the recognition and adoption of the Hindi language as one of the national languages of our country. The Hindi language is written in the Devanagari script and is recognized as one of the two official languages of the Republic of India. This title was awarded to the language by the constituent assembly of India. Currently, Hindi is the first language of more than 250 million Indians. 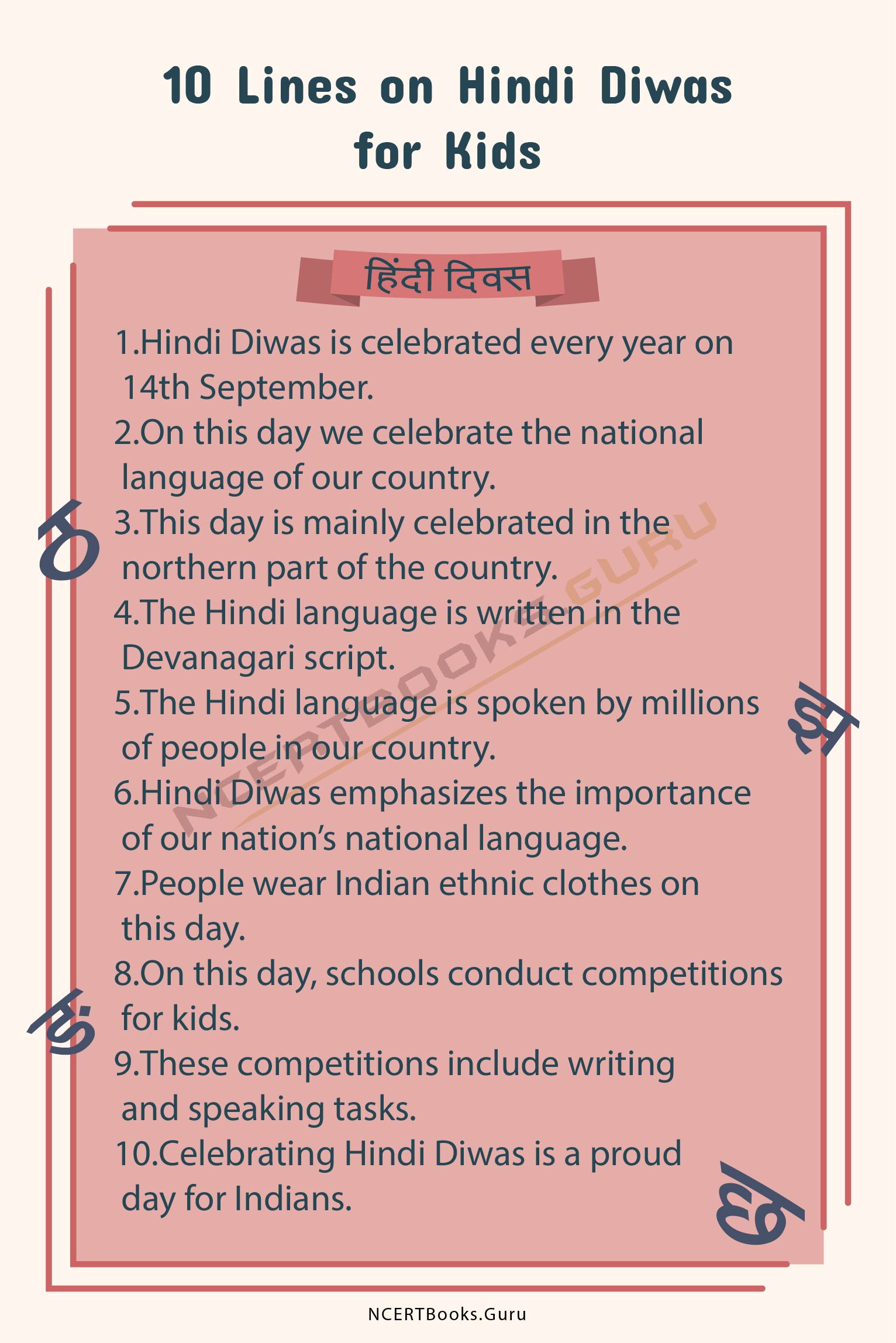 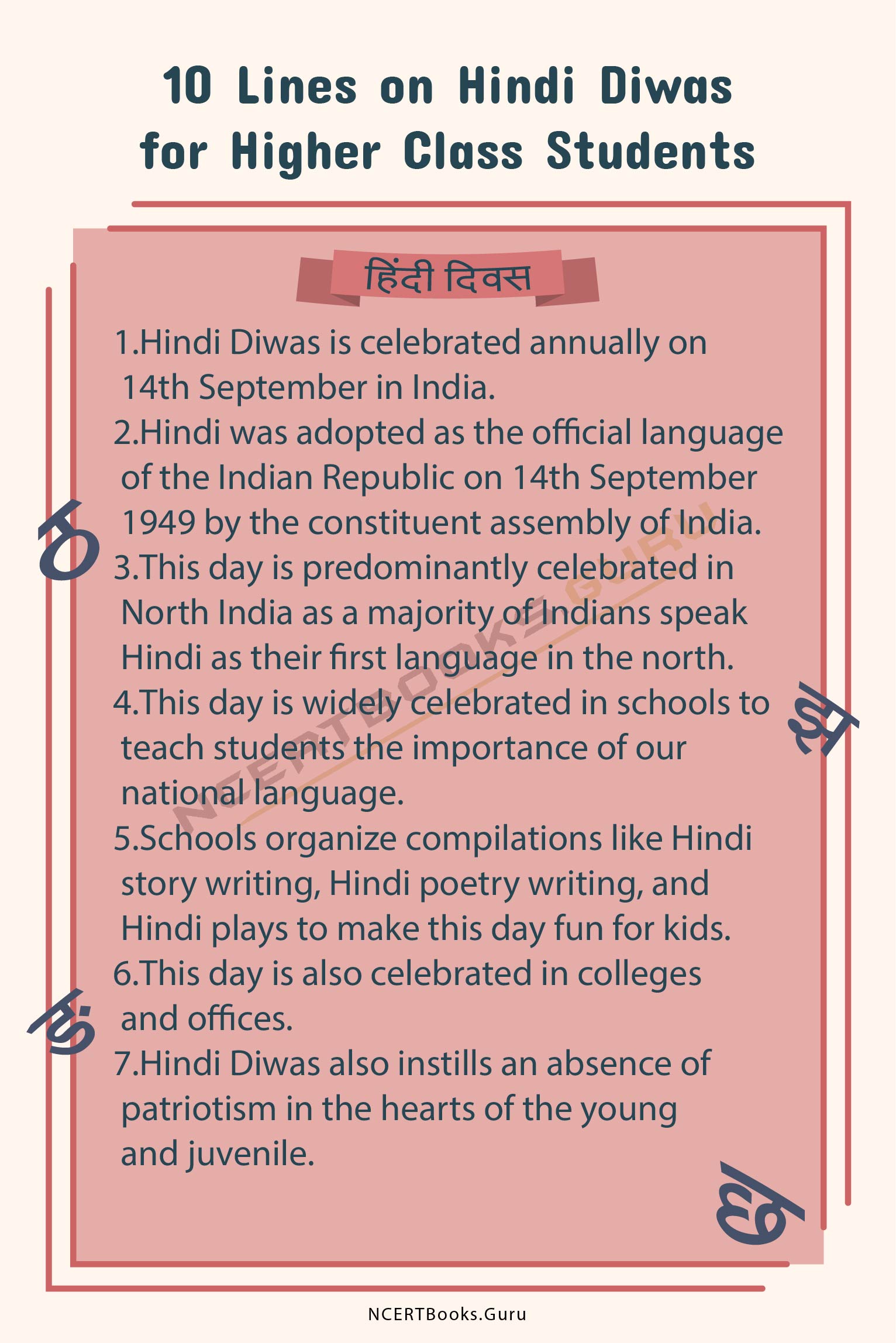 FAQ’s on 10 Lines on Hindi Diwas

Question 1.
When is Hindi Diwas celebrated?

Question 2.
What is the significance of celebrating Hindi Diwas?

Answer:
The celebration of Hindi Diwas marks the adoption of Hindi language in spoken and written (Devanagari) as an official language of India.

Answer:
Hindi Diwas is majorly celebrated in the parts of the northern region of India.

Question 4.
How do people celebrate this day?

Answer:
This special day is celebrated across schools, universities and other institutes by organizing essay competitions, debates and plays in the Hindi language.