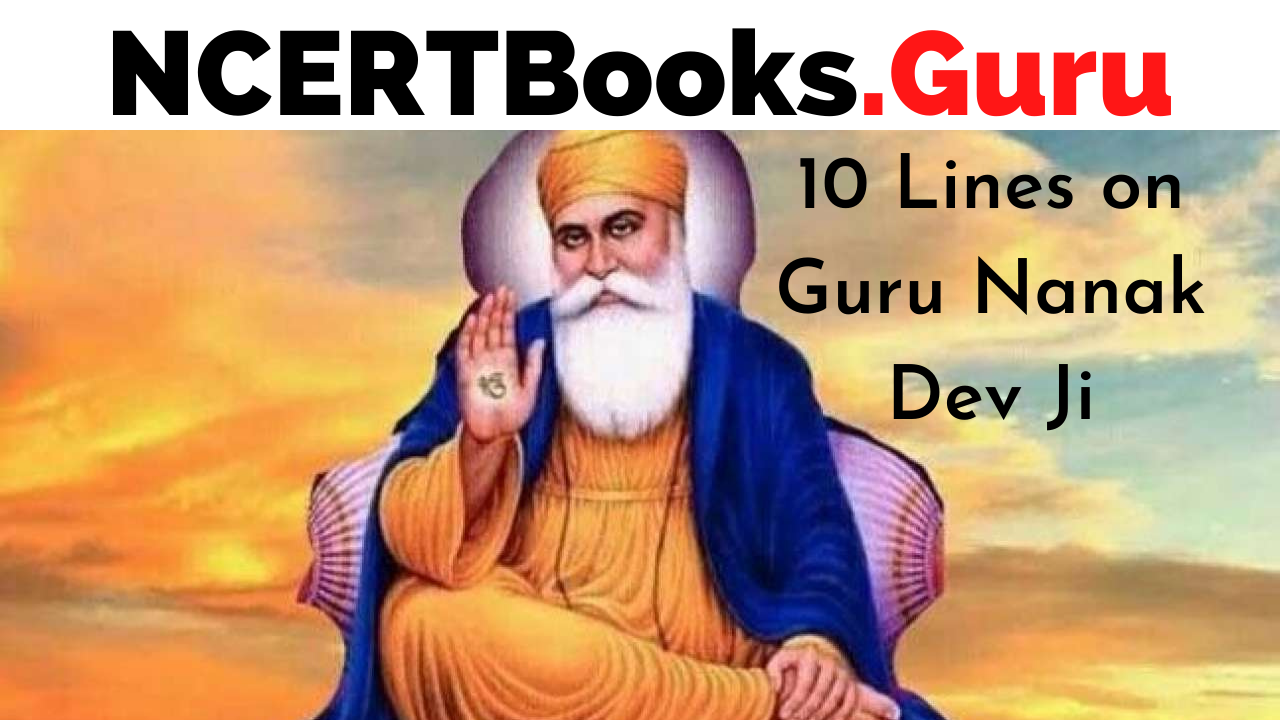 10 Lines on Guru Nanak Dev Ji: Sri Guru Nanak Dev Ji (1469 –1539) was the creator of the Sikh religion. He was also the first of the ten Sikh Gurus. The last Guru had stated that there should be no more Gurus after him. He said Sikhs would be taught by the Sikh holy book called Guru Granth Sahib Ji. In many Indian languages, the word “Guru” means “teacher”.

Guru Nanak Dev is believed to be holy by Punjabi Hindus and Sahajdhari Sindhis across the Indian subcontinent, beside the Sikhs. His primary teaching to the world was “devotion of thought and having good actions as the first of our jobs”. 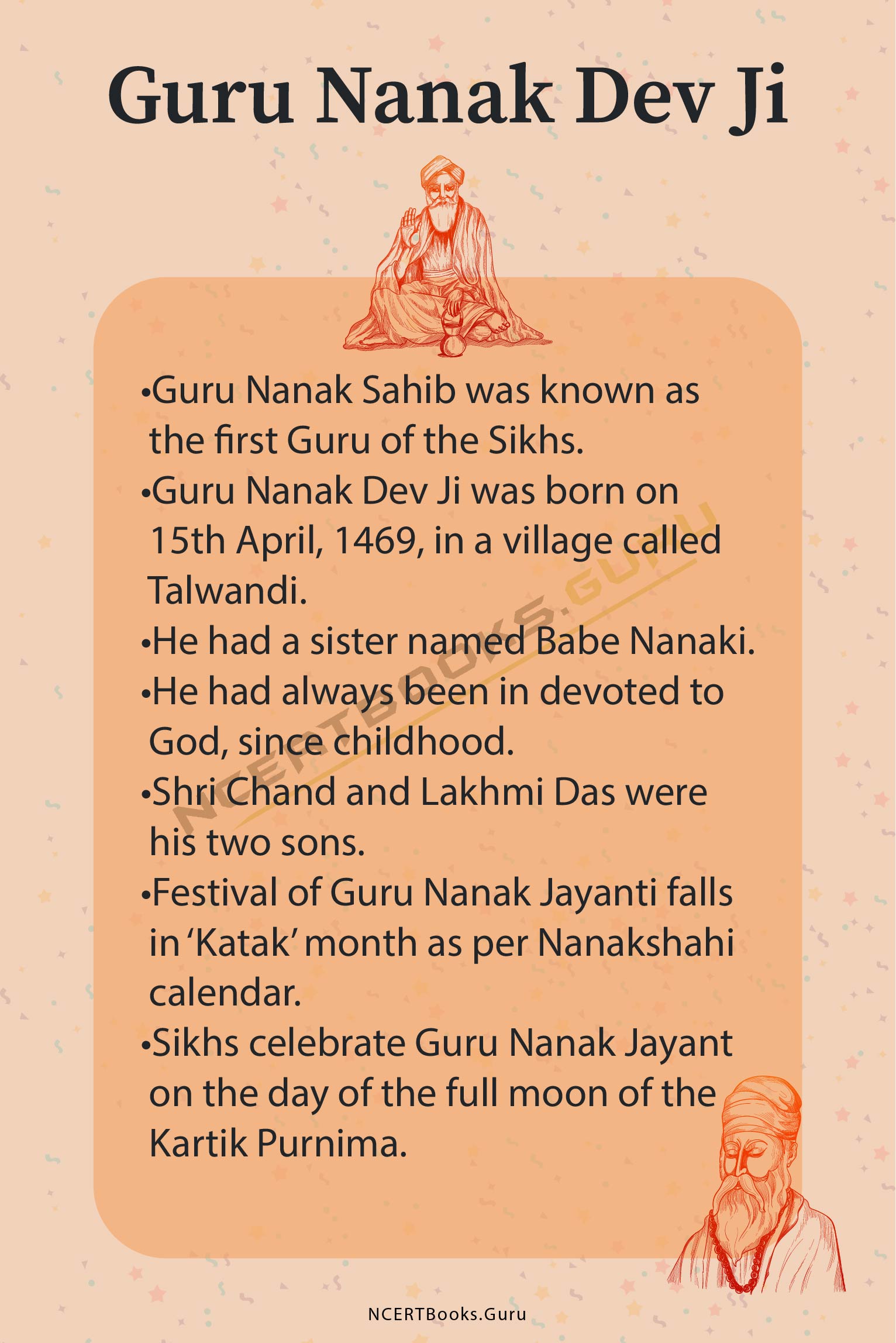 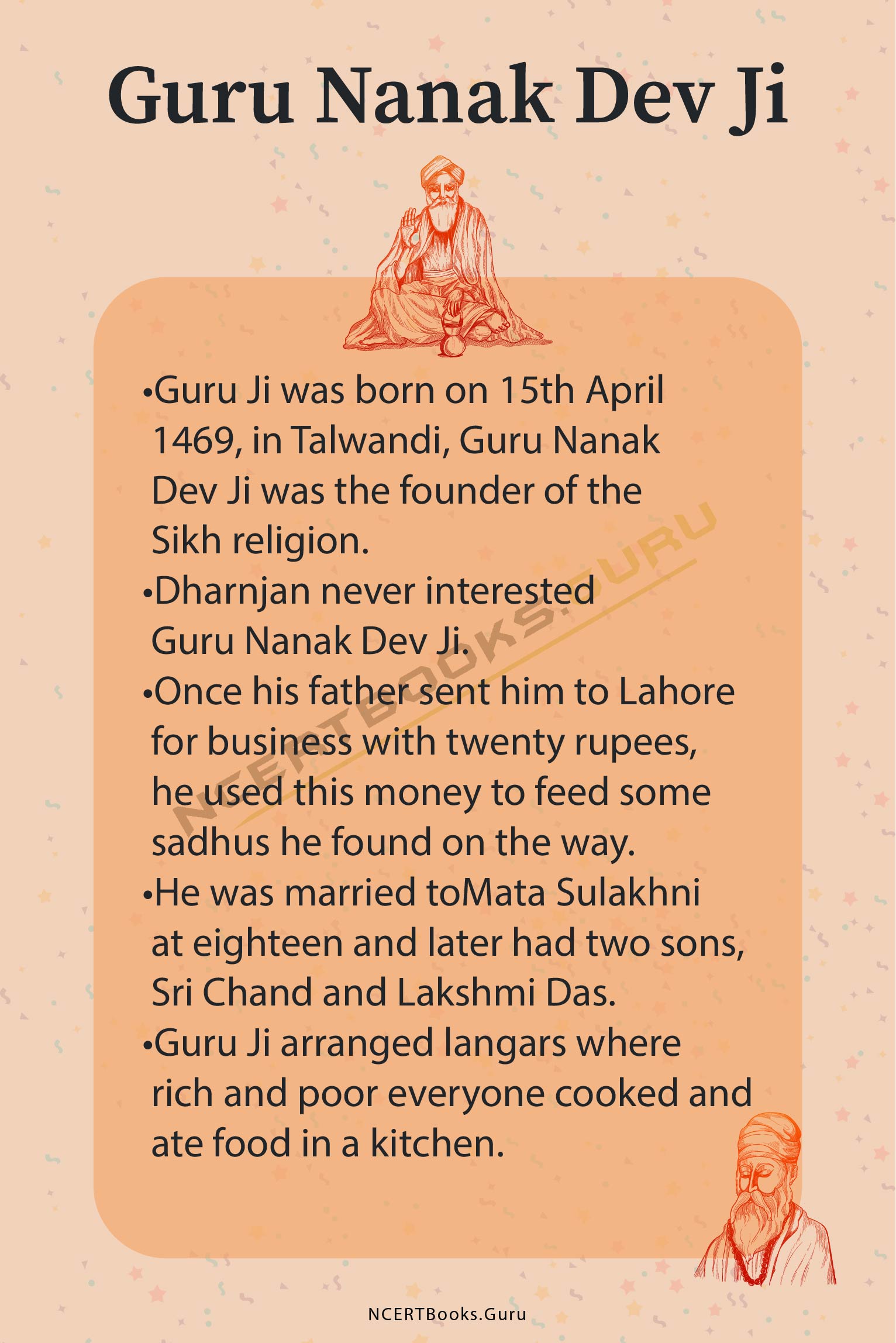 Question 1.
Why is Guru Nanak important?

Answer:
Guru Nanak was one of the greatest religious innovators of all time and the founder of the Sikh religion. His family were Hindus, but Nanak studied Islam and Hinduism extensively. He displayed great ability as a poet and philosopher.

Question 2.
Is Guru Nanak a God?

Answer:
No, but it has a crucial concept of Guru. Guru Nanak was not an incarnation of God, not even a prophet. He is an illumined soul.

Question 3.
Who is God in Sikhism?

Answer:
Sikhism is a monotheistic religion, which means Sikhs believe there is only one God. Sikhs believe God is present in creation. God can not be defined as the universe but is the life within it, its driving force.

Question 4.
Where is Guru Nanak buried?