10 Lines on Golden Temple: India is a very ancient country that has the most diversified culture, customs, and heritage. It is home to various traditions and religions. Brotherhood and fraternity is the common thread that holds such a diversified population together and instils in them a sense of unity. India is a secular state. In other words, there is no state religion. It respects every religion and does not interfere in the rituals unless it is against public health and morality. It is the legal right of every individual in India to practise, profess, and believe in their chosen religion.

There is no discrimination between individuals based on faith. However, most of the Indian population follows Hinduism’s religion, followed by Islam, Christianity, and Sikhism. Many people also practise Buddhism and Jainism. One of the most significant advantages of being an old country is heritage and cultural practices. The Golden Temple is one such heritage site that was built by the Sikhs. 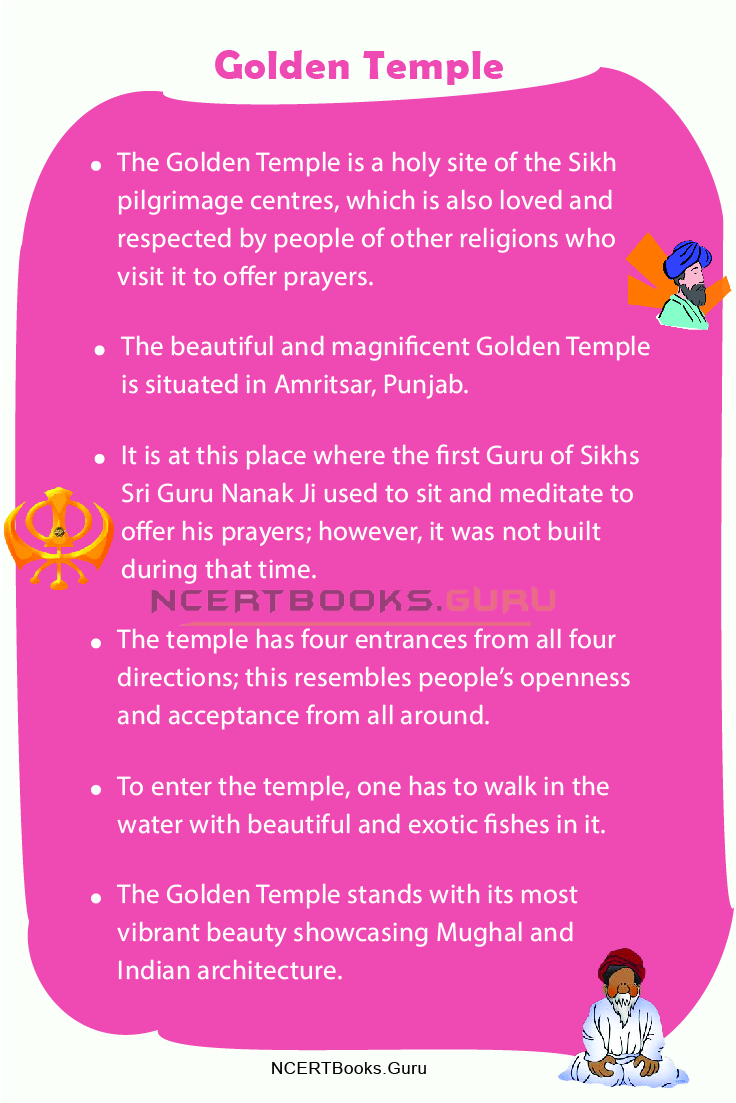 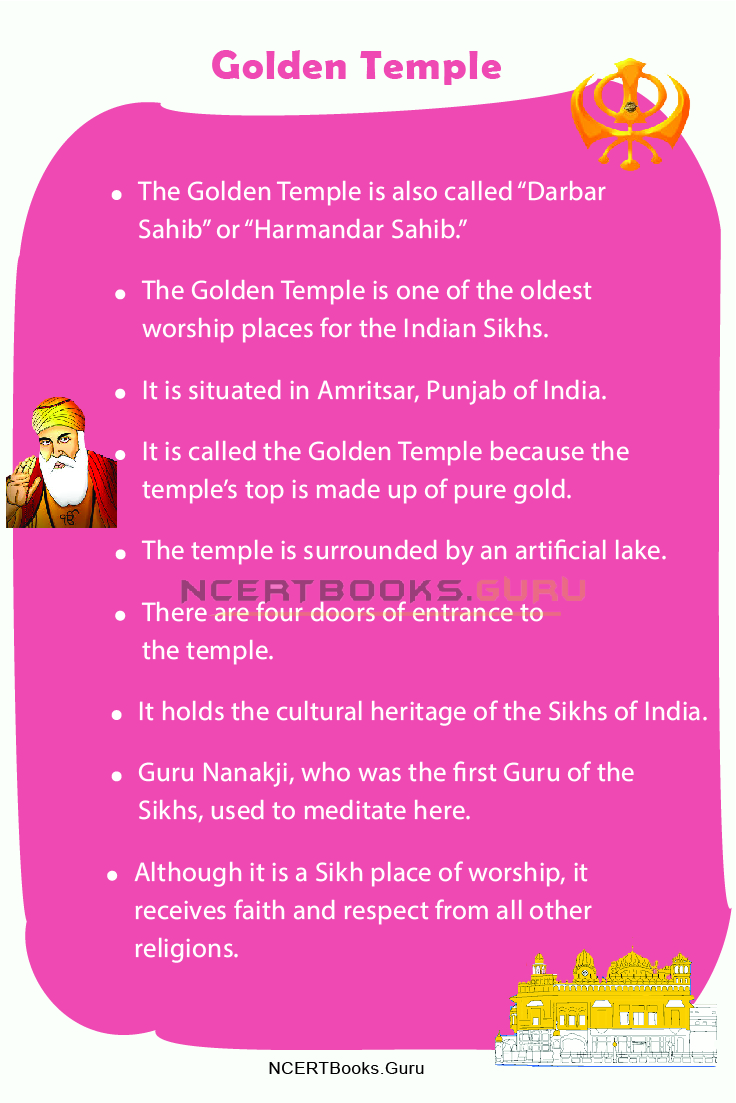 Question 1.
Are only Sikhs allowed in the Golden Temple?

Answer:
No, Sikhs, but people of all religion are welcomed in the Golden Temple.

Question 2.
Who built the Golden Temple?

Answer:
The Golden Temple was built by Maharaja Ranjit Singh, the brave ruler of Punjab in the nineteenth century during Guru Arjan Singh’s lifetime, who was the fifth Guru of the Sikhs.