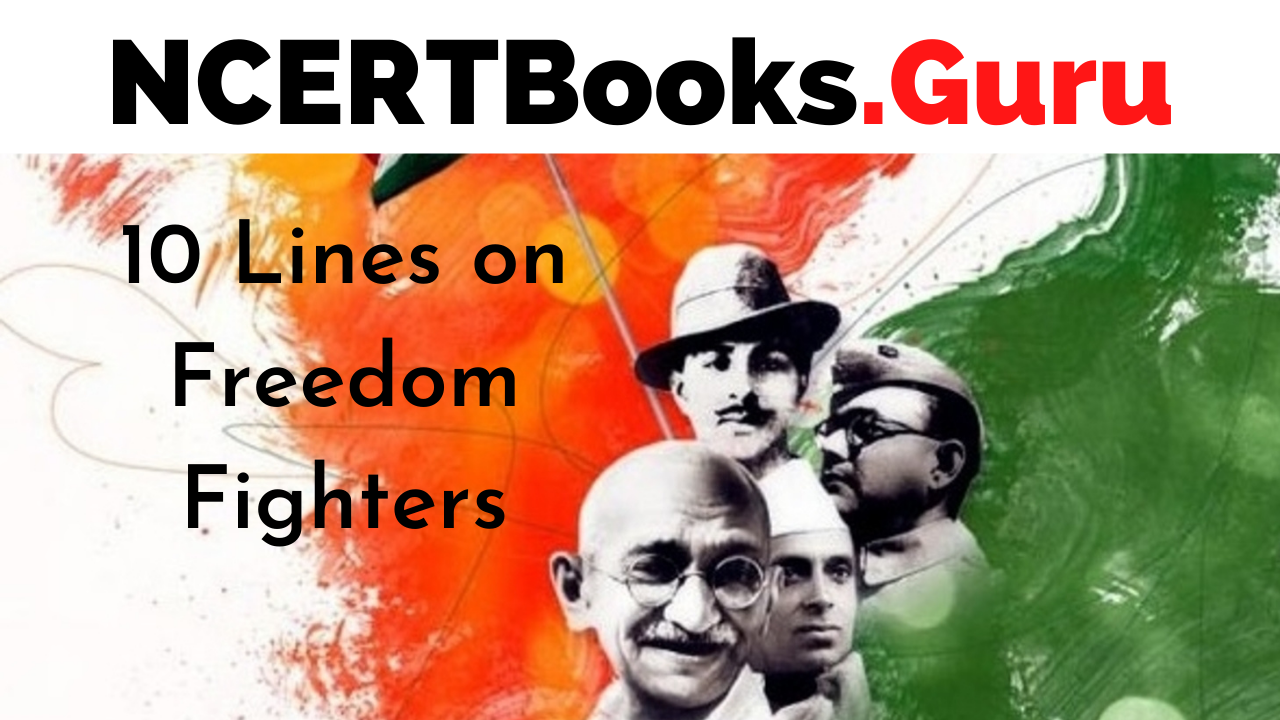 10 Lines on Freedom Fighters: Freedom fighters were the young leaders who fought for the nation to bring freedom and sacrificed their lives while doing so. India was ruled by the British, and they were turning into slaves, anyone who rebelled against their domination was beaten to death. Our freedom fighters faced pain, immense torture, and hardship to stand against the Britishers and their troops. Hence, they are considered the quintessence of patriotic people. Britishers ruled in India for more than two hundred years, and the fighters have found different approaches and plan to fight against the Britishers.

Today, their hard work, sacrifice, and pain had led to our freedom. Various fighters fought endlessly to free us from slavery and protect our motherland. Some of India’s famous freedom fighters Names are Netaji Subhas Chandra Bose, Bhagat Singh, Rani Lakshmi Bai, Mangal Pandey, Lal bahadur Shastri, Lokmanya Tilak, Sukhdev, Rajguru, and many more. Today, we will discuss the freedom fighters, their sacrifice, and to contribute to our lives. 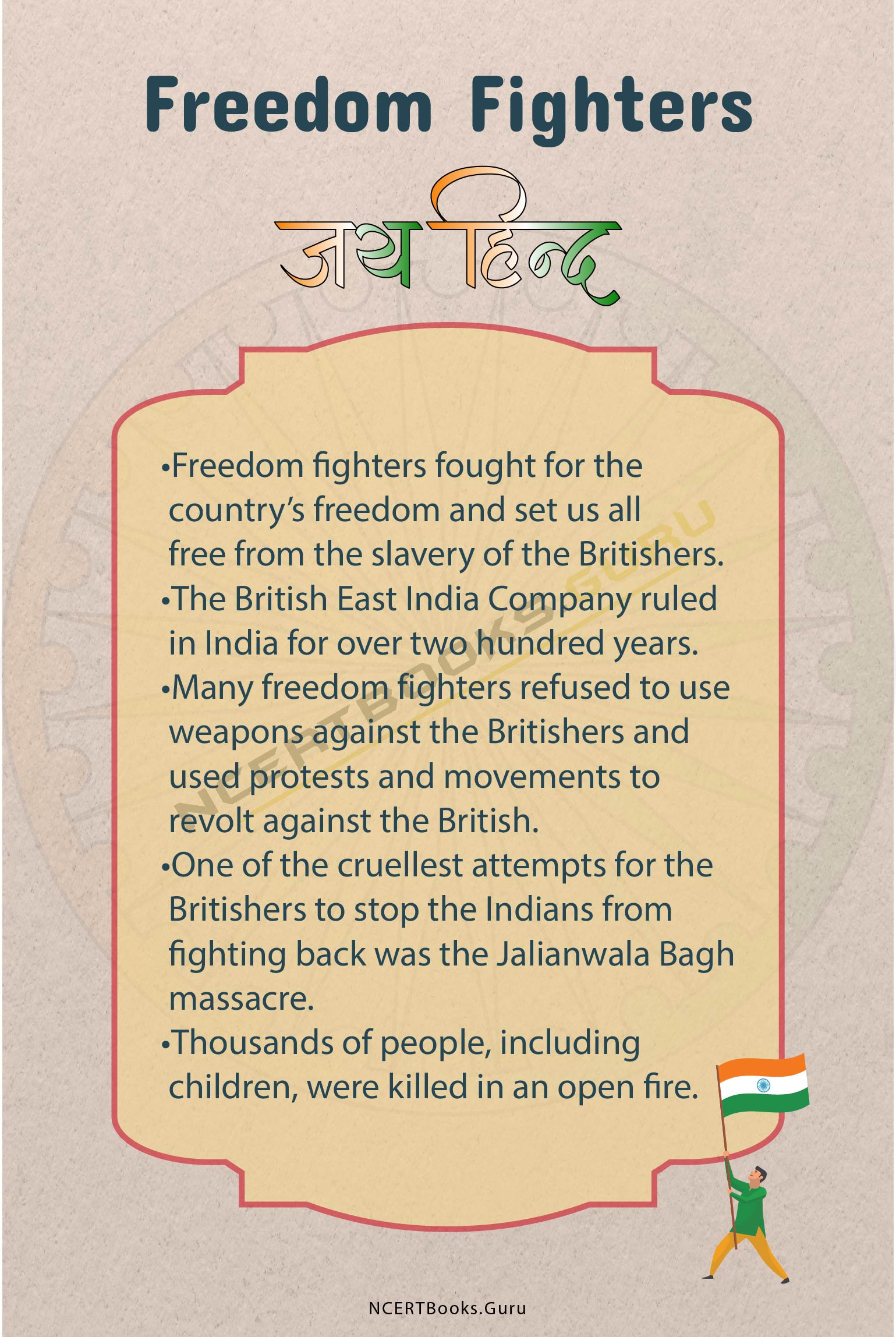 The India we live in today was the aim of every fighter, and they will always be remembered and celebrated in our hearts. Question 1.
Who are freedom fighters?

Answer:
Freedom Fighters fought for the freedom of India and lost their lives against the British.

Question 2.
Why are freedom fighters an epitome of inspiration?

Answer:
The terrible pain, exploitation, torture that the freedom fighters faced to bring swaraj to the country made them the epitome of inspiration.

Question 3.
Which weapon did Mahatma Gandhi use to fight against the British?

Answer:
Non-violence and honesty were the two weapons used by Mahatma Gandhi to fight against the British.