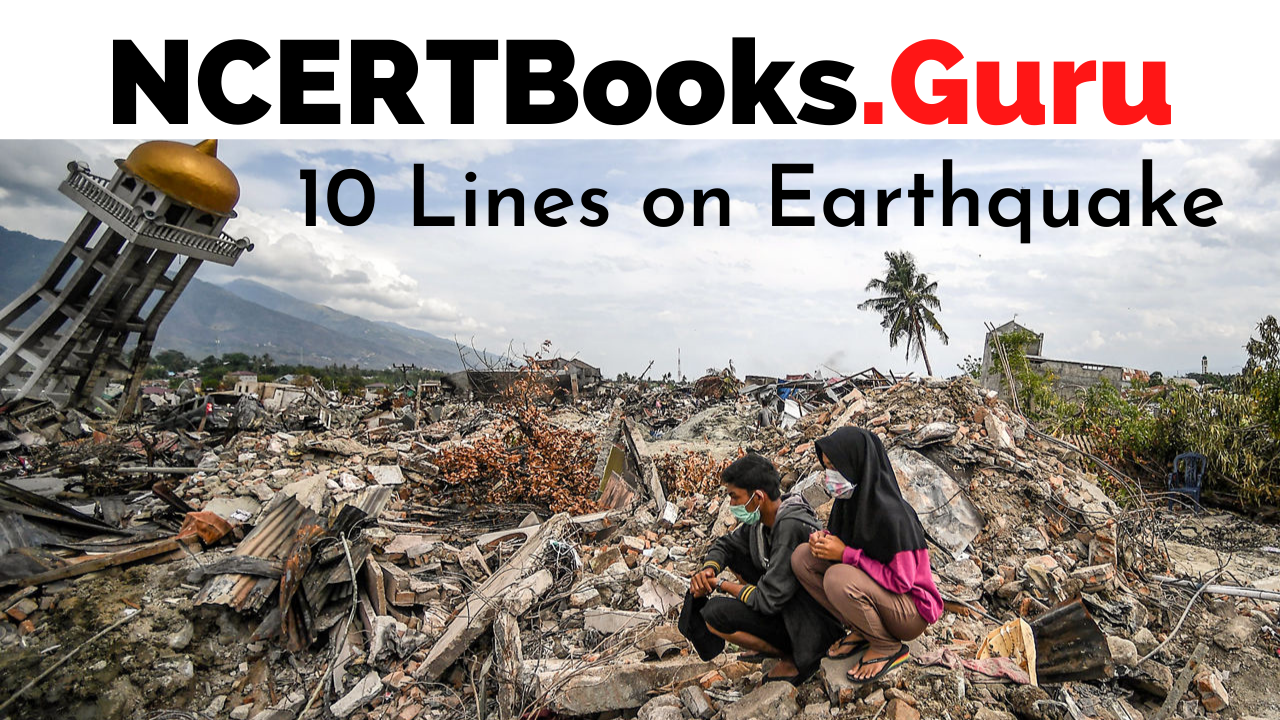 Earthquakes can be rather mild vibrations of the earth or they can even be extremely powerful and highly destructive. Many cities were known to have been destroyed by earthquakes. The mildness or extremeness of an earthquake is called its magnitude, which is measured by specialists using a seismograph. Below, there are three sets of 10 lines of earthquakes which will be useful for students who are looking to write essays or write assignments about earthquakes.

The following set of 10 lines on earthquakes will be useful for students and children who are in classes 1, 2, 3, 4 and 5. 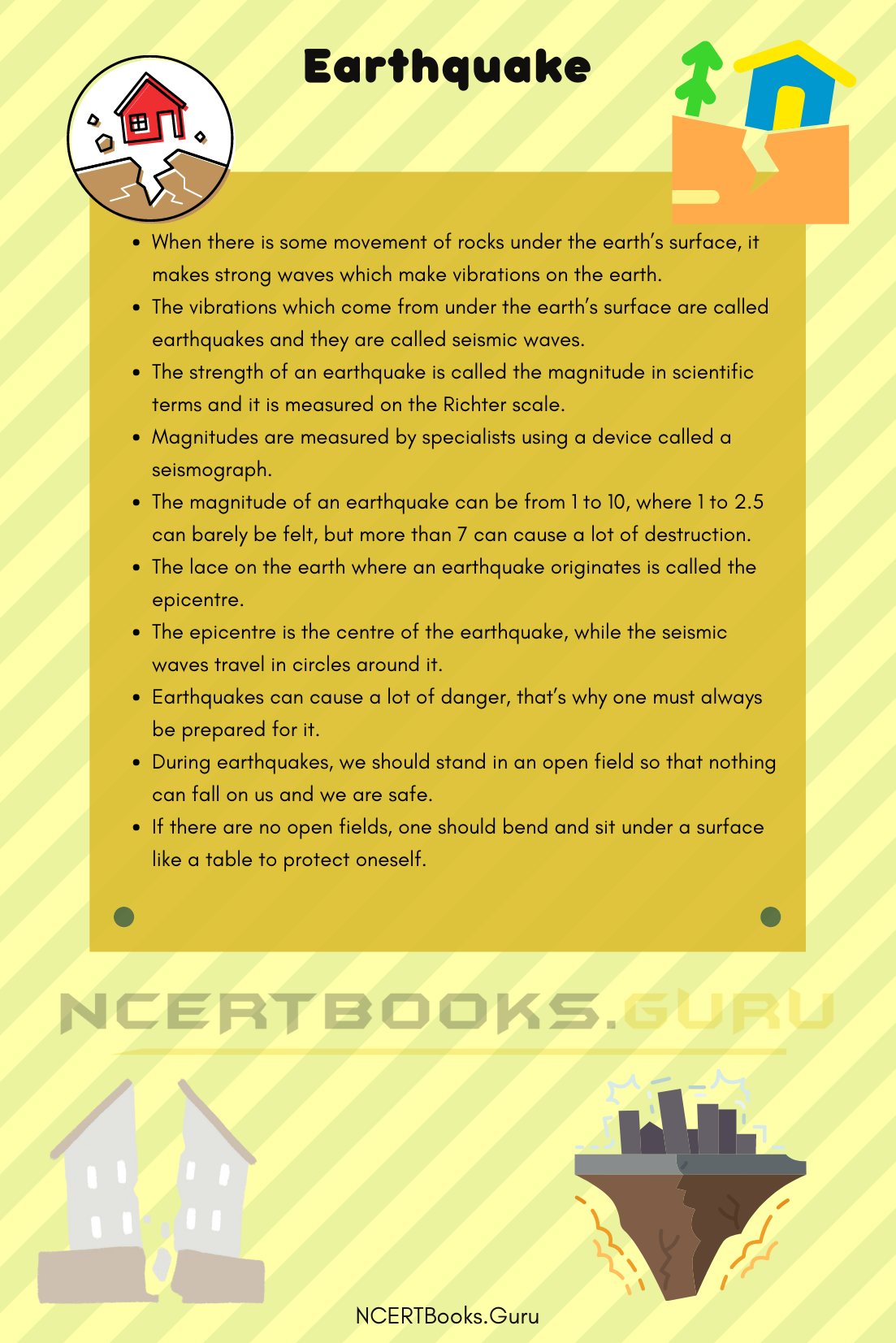 The following set of 10 lines on earthquakes will be useful for students who are in classes 6, 7, 8 and 9.

The following set of 10 lines on earthquakes will be useful for students who are in classes 10, 11 and 12. 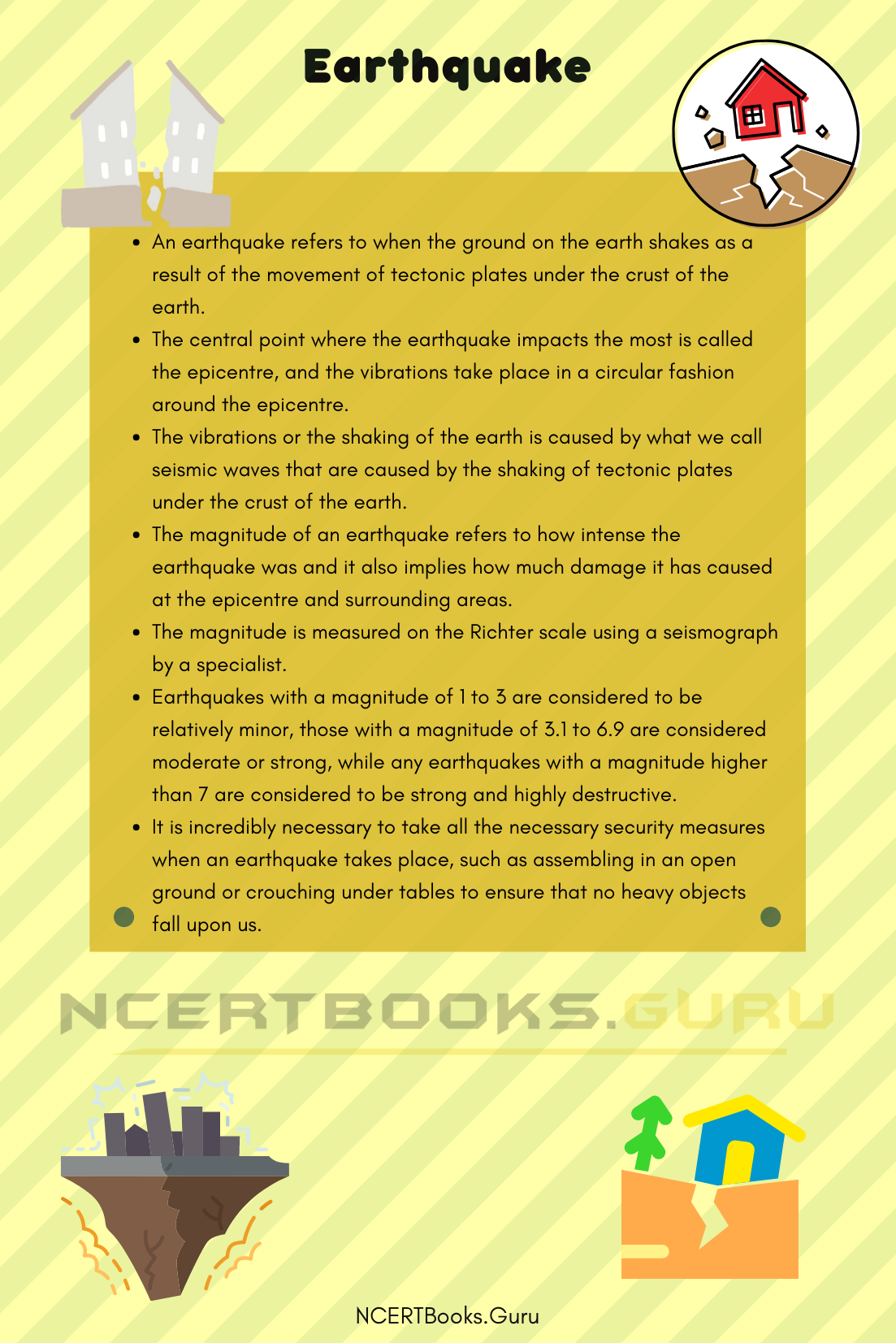 Question 1.
What does magnitude mean?

Answer:
Magnitude is the word we use when referring to the ‘size’ of an earthquake, and it based on the measurement of the rigour of the earthquake provided by a seismograph. Magnitude is measured on a scale of 1 to 10, where magnitudes of 1 to about 2.5 can hardly be felt, but are yet recorded by a seismograph. Earthquakes with magnitudes 3 to 7 are moderate and strong and can cause severe amounts of damage. Earthquakes above the magnitude of 8, and especially 9, are disastrous and can bring long-term destruction of the epicentre and its surrounding areas.

Question 2.
What are some earthquakes which caused a lot of destruction?

Answer:
The Valdivia Earthquake of 1960 took place in Chile. It had a magnitude of 9.5, had 5700 casualties and many more injured, and it rendered 1 million people homeless.

Question 3.
What is a seismograph?

Answer:
A seismograph is a device which is used to measure the magnitude of an earthquake. It is also called a seismometer.

Question 4.
What is a tectonic plate?