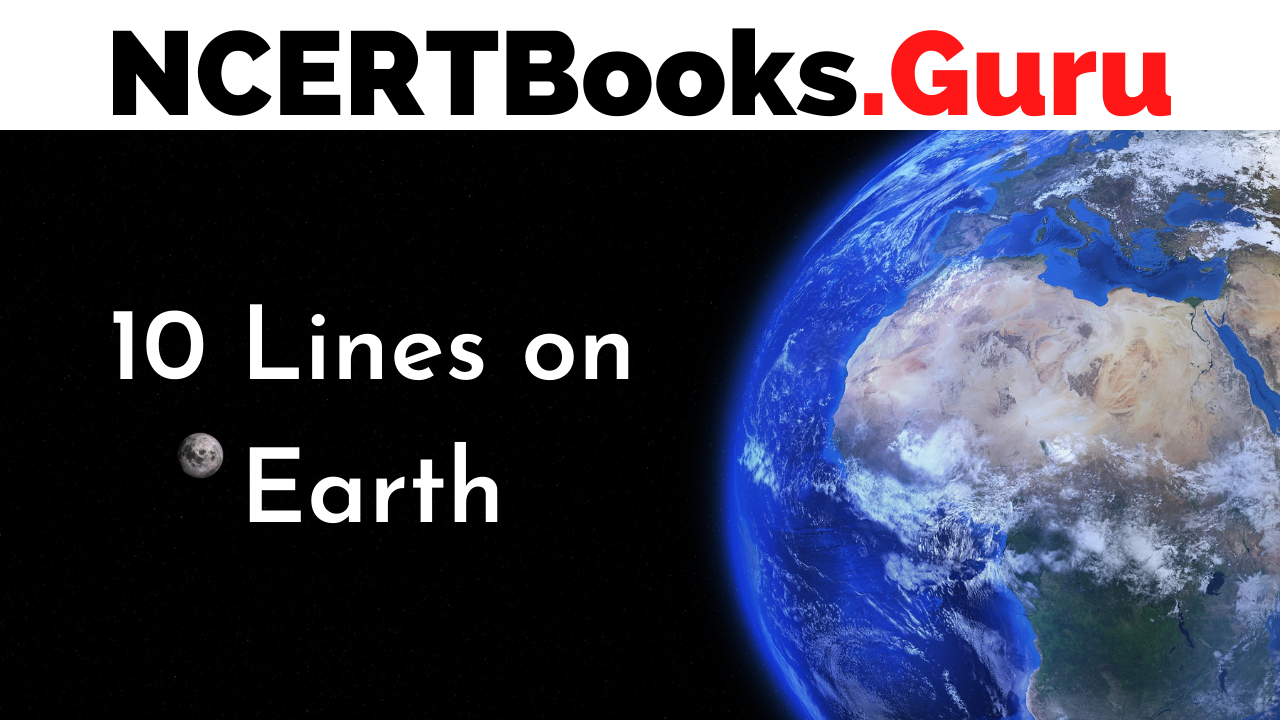 10 Lines on Earth: In our solar system consisting of eight planets, the Earth is an inner planet or terrestrial planet, which is in a third near a position to the sun. It is a rocky planet with a dense atmosphere. It provides habitat and supports life—the rotation and revolution of the earth cause day and night and seasons changes, respectively. The shape of the earth is also a major factor in climatic conditions. It is called our mother planet.

Scientists believe that the earth is 5 billion years old. The earth has only one natural satellite, which is the moon. The moon revolves around the moon. When anything comes between the earth and the sun or between the earth and moon, an eclipse occurs. The movement of the tectonic plates of earth cause earthquake. A major part of the polar regions of the earth is covered by ice. The earth has a gravitational force, which pulls all the objects towards itself. The study of the earth and its rocks and its various forms is called Geology. Geography is, however, the study of earth, the relationship between people, planets; it also covers the study of the physical properties of earth and its position in the solar system. 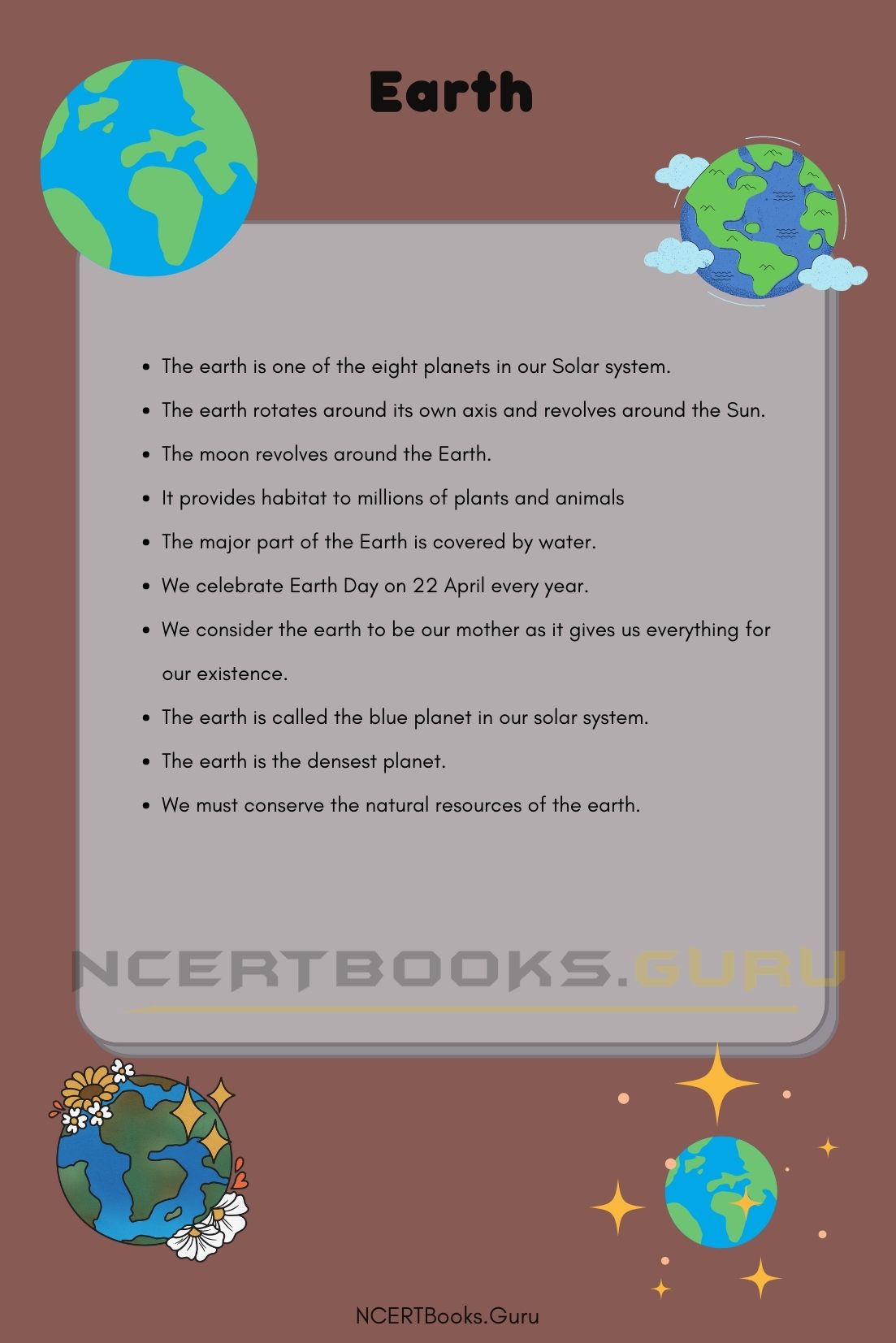 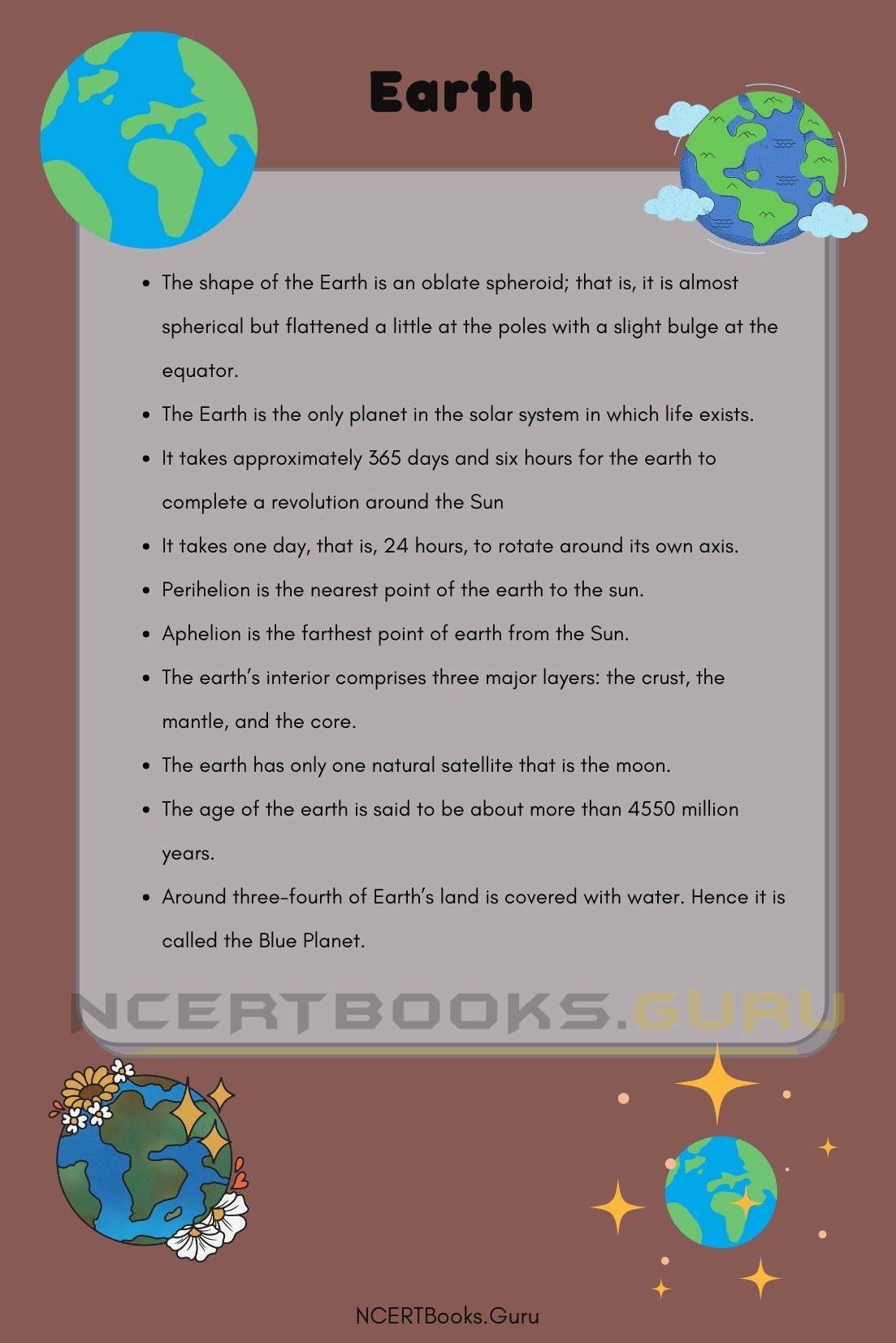 Question 1.
What is the difference between rotation and revolution of Earth?

Answer:
The spinning of Earth on an imaginary axis from West to East is known as Rotation, whereas Earth’s motion on an elliptical orbit around the Sun is known as revolution.

Question 2.
Is Earth an inner or outer planet?

Answer:
The Earth being situated near the Sun, it’s the third nearest planet to the Sun and is an inner planet.