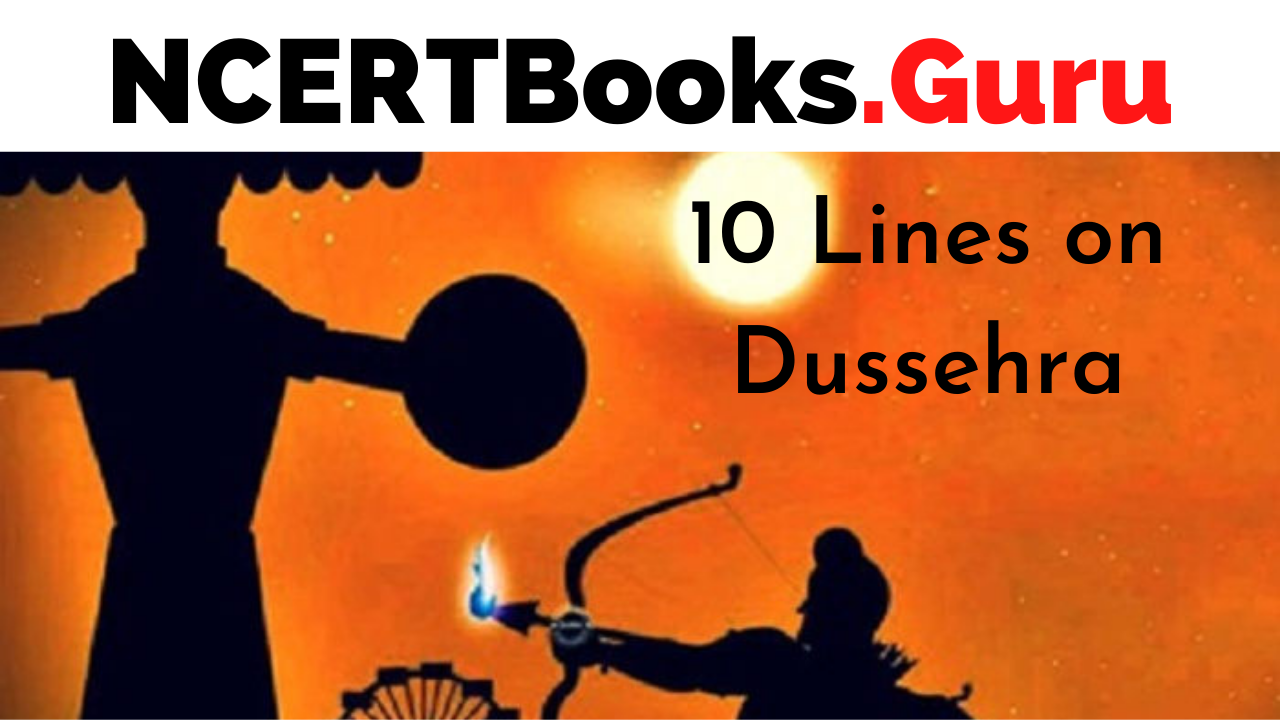 10 Lines on Dussehra: Dussehra is a Hindu festival celebrated all over India. It is observed in the memory of Lord Rama. On this day, Ram defeated the evil soul Ravana who was the king of Sri Lanka. On this day people burn a demon-like structure of Ravan which is made up of wood and crackers. And other beliefs regarding this day are that West Bengal people believe that Maa Durga came to visit her father’s house on earth. Maa Durga defeated Mahishasura on this day. It is a festival showing the greatness of good over evil, light over dark, and increases God’s belief. Question 1.
What is the main motto of Dussehra?

Answer:
It is a festival which signifies the win of good over evil.

Question 2.
How do people celebrate Dussehra?

Answer:
People all over India celebrate Dussehra in their different ways with wearing new sarees and burning of Ravan and brothers.

Question 3.
When does Dussehra occur?

Answer:
Dussehra is celebrated on the 10th day of Shukla paksha of Ashwini month. Generally, it is in September or October month.

Question 4.
What is the mythological history behind Dussehra?

Answer:
There is a belief regarding this Dussehra celebration that Goddess Durga defeated mahishasura and killed his evil from the earth. Another believes that lord Rama won the victory over Ravana.