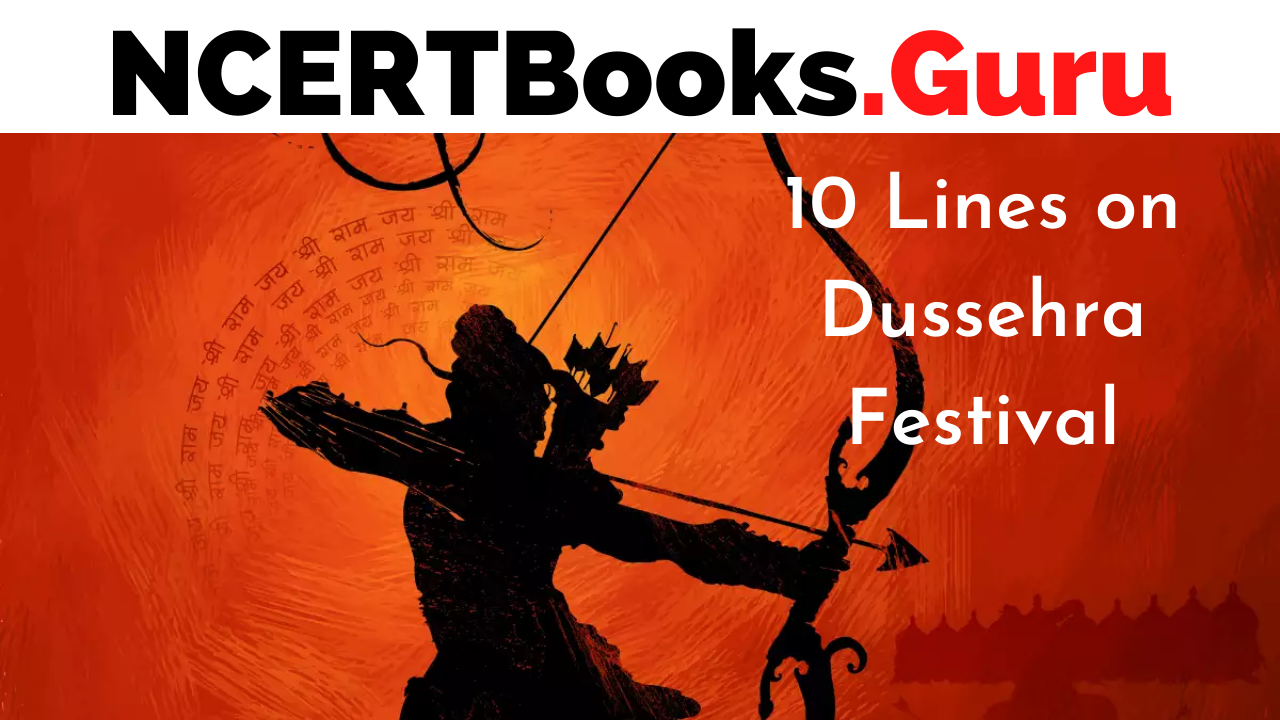 10 Lines on Dussehra Festival: Dussehra or Durga Puja or Vijayadashami is a Hindu festival celebrated all over India with great joy and enthusiasm. It is considered as one of the most important festivals of India, mostly the Hindus. This festival is celebrated mark of victory of good over evil. On this day, the Hindus worship Maa Durga for their prosperity and good health. It is said that Dussehra or Durga puja is celebrated as a victory Maa Durga over Demon Mahishasura.

Dussehra Festival is celebrated for as long as ten days. The first nine days are called Navaratri and on the tenth day is called Dussehra or Vijayadashami. The festival of Dussehra is celebrated in different styles in different places. Durga Puja is celebrated with joy and a lot of happiness in the West Bengal. They call it Durgotsava. West Bengal’s people believe that Maa Durga visited her parents on this auspicious day on earth.

Dussehra festival is celebrated differently in Gujrat. The Gujrati people celebrate the nine days of Navaratri, which much happiness. They perform Garba and worship the goddess Durga. For Gujaratis, Navaratri is considered as the most important festival.

The Festival of Dussehra has a lot of significance, but most important is that this festival marks the victory of light over darkness or Good over evil. On the 10th day of Dussehra festival, Lord Rama Killed the Evil King Ravana, in the Epic of Ramayana. The celebration of Dussehra is a day of religious beliefs. It increases the faith of people in the believing that every darkness has a light to it.

The following set of 10 Lines On Dussehra Festival will help the students of class 1, 2, 3, 4, and 5. This would help them have a brief idea on the festival of Durga Puja. 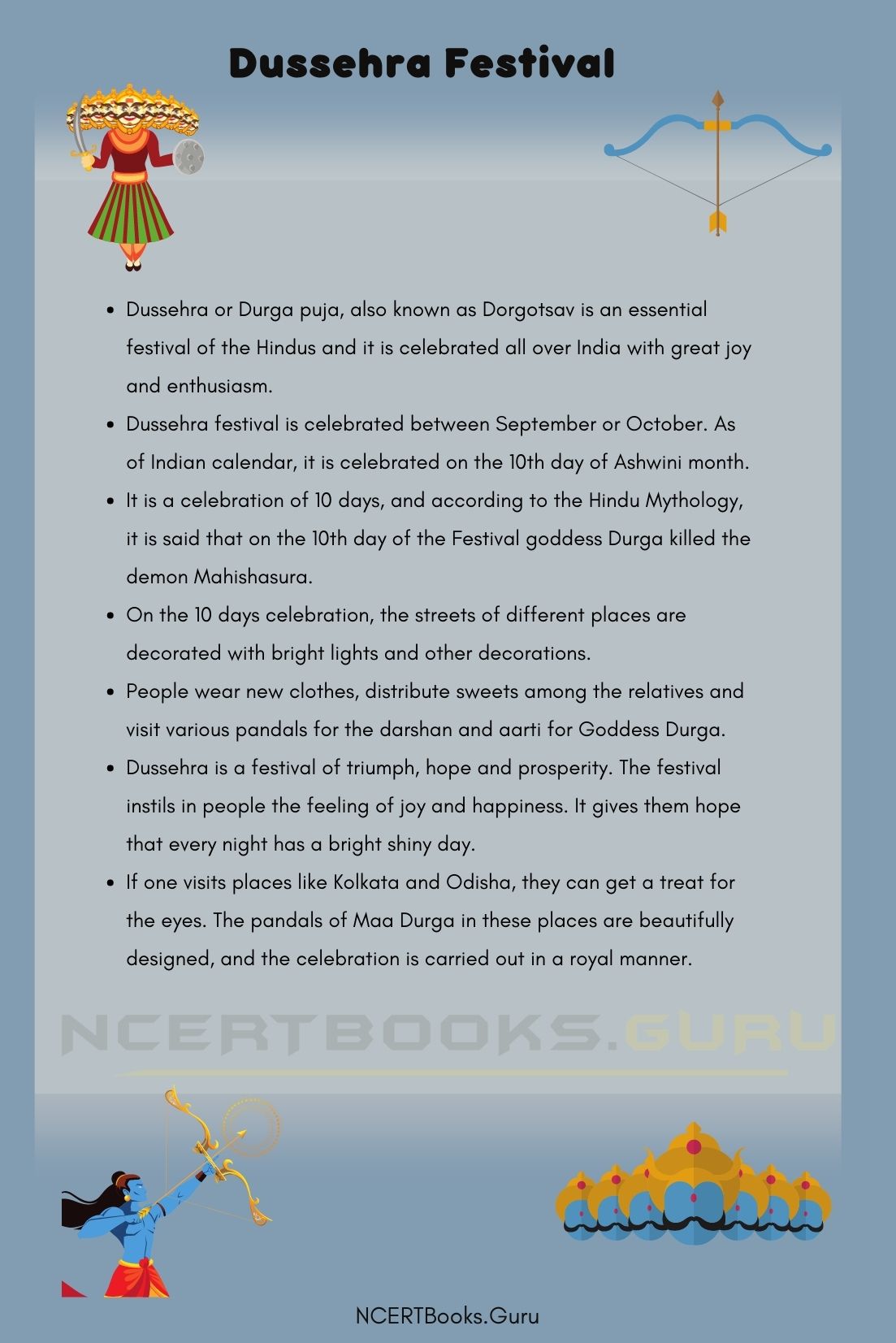 Question 1.
What is the reason for which Dussehra is Celebrated?

Answer:
The festival of Dussehra is celebrated all over the Indian subcontinent with joy and happiness. The reason, however, is different for different regions. Some people believe that on the 10th day of Dussehra, Goddess Durga killed the demon Mahishasura. Some people believe that it is the day on which Lord Rama defeated the evil King of Lanka, Ravana. The people mostly celebrate the victory of good over evil powers. The Goddess Durga is considered the Goddess of Power, and people celebrate the festival of Maa Durga for good health and prosperity.

Question 2.
When is the festival of Dusshera Celebrated?

Answer:
The festival of Dusshera is celebrated in between the month of September or October. According to the Hindu calendar, it is celebrated on the 10th day of Ashwina Month.

Question 3.
How do people celebrate the Dussehra Festival?

Answer:
People in different parts of India celebrate the auspicious day of Durga puja with great joy. They wear new clothes, distribute sweets, visit pandals of Maa Durga and spend time with family. There are decorations all over the places, and people also burn the effigy of Ravana to mark the victory of good.

Question 4.
Give a Brief on Goddess Durga.