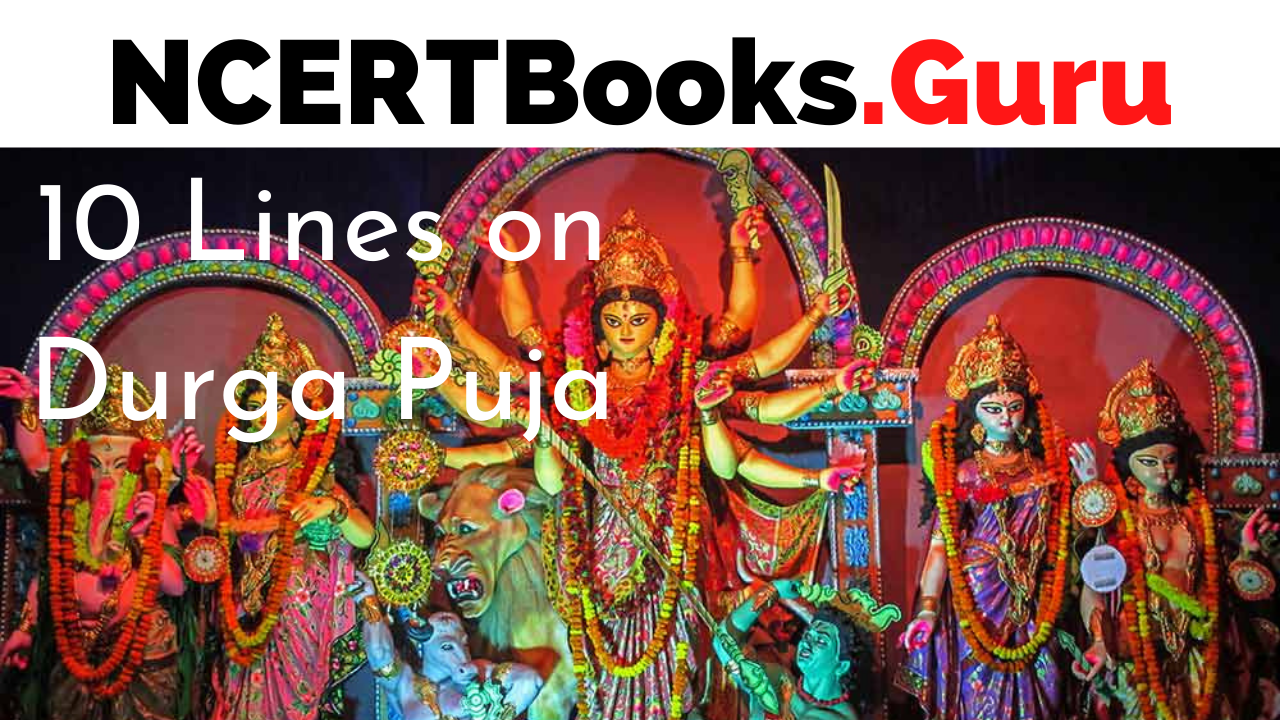 10 Lines on Durga Puja: Durga puja is the major festival of the Hindus, or the Bengalis to be precise. The celebration takes place for ten days. The festival is considered to mark the victory of Goddess Durga over the evil Mahishasura. It celebrates the power of women in the Universe and victory of good over evil.

According to mythology, during this time goddess Durga defeated the demon Mahishasura. Shiva, Brahma, and Vishnu called upon Devi Durga to eradicate the demon and save the world from his cruelty. The battle continued for ten days, and on the tenth day, Goddess Durga killed the demon. The last or the tenth day is celebrated as Dussehra or Vijayadashami. This festival is celebrated in autumn during September or October. States like West Bengal, Odisha and other Eastern Indian states celebrate this festival with great joy and enthusiasm. 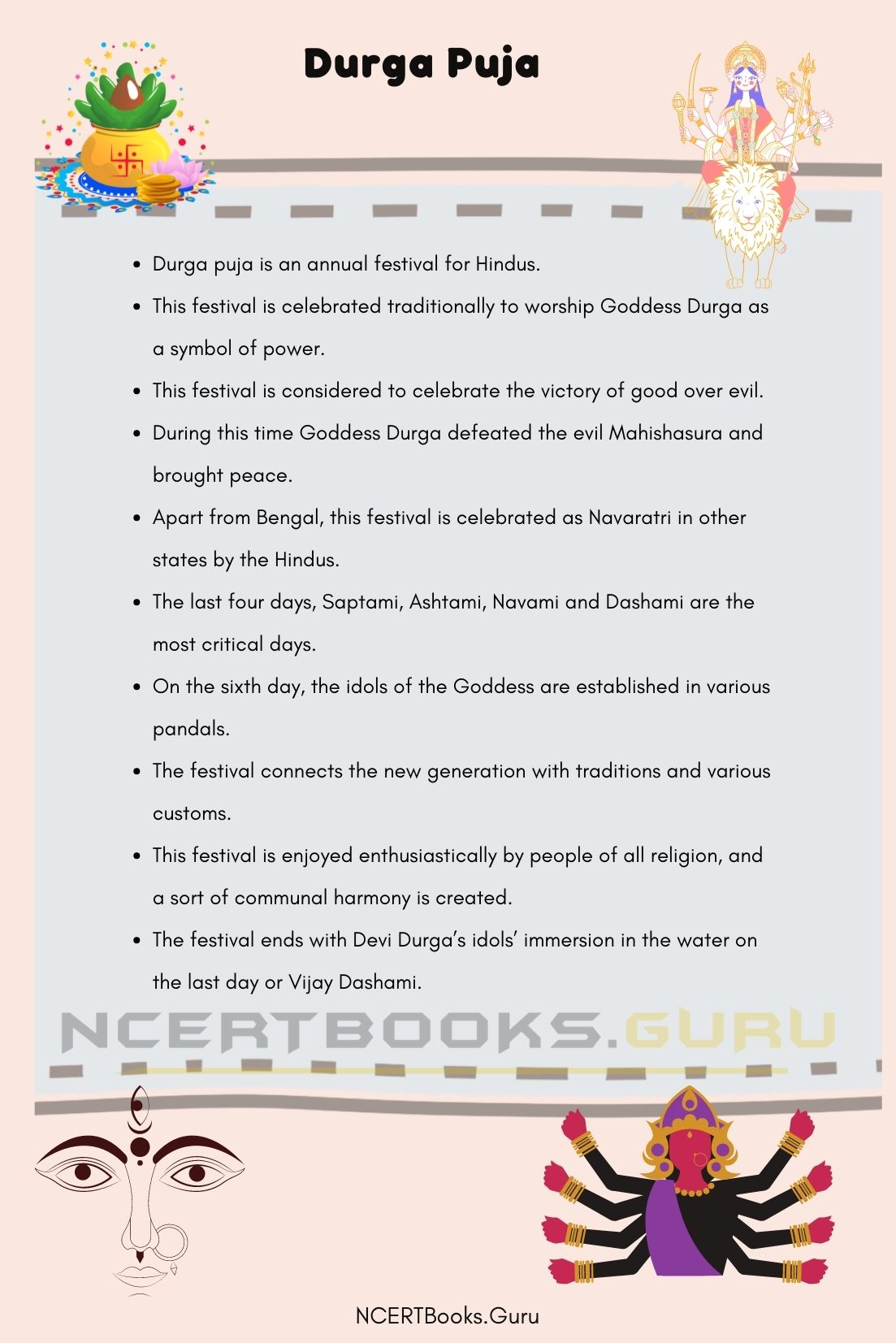 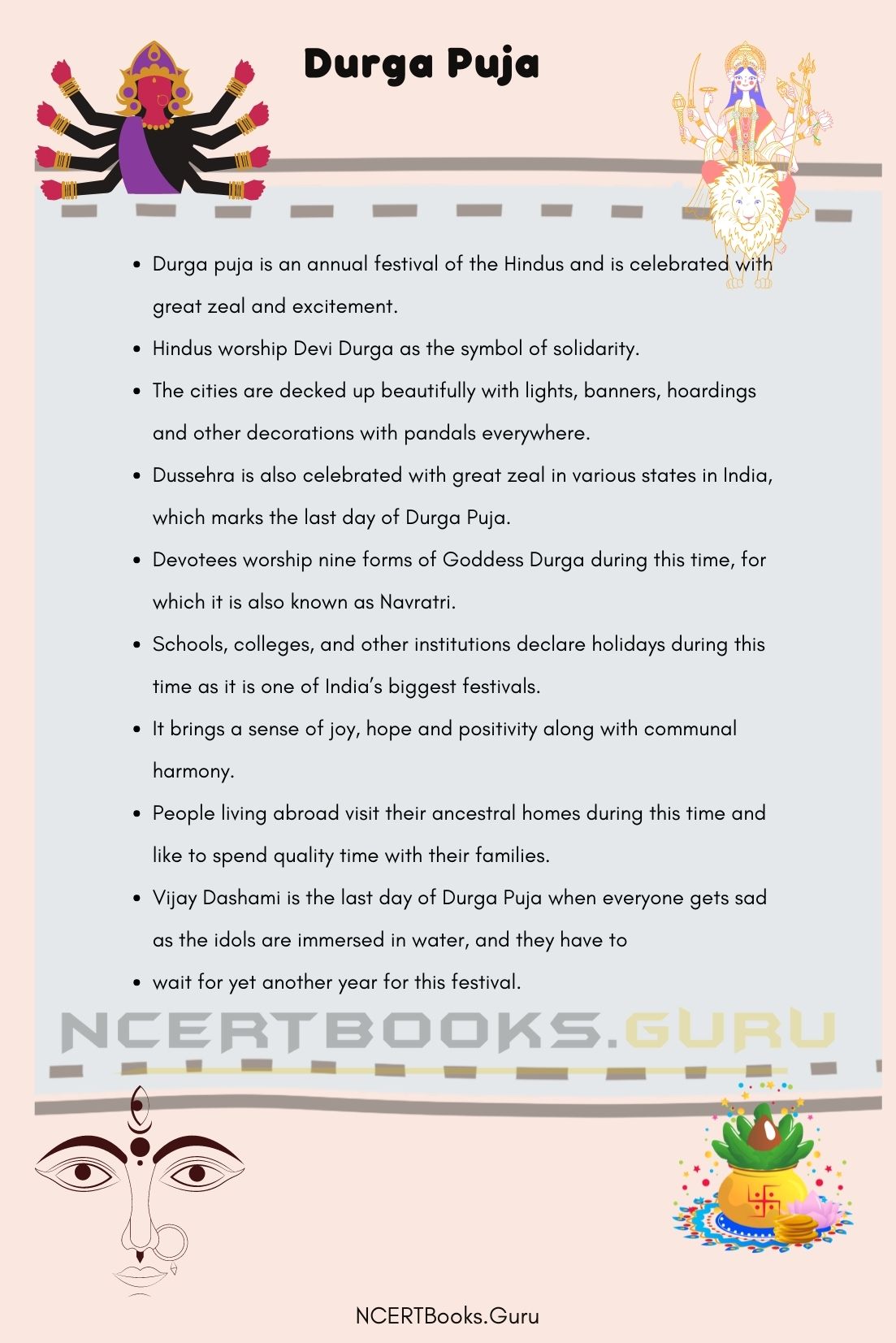 Question 1.
Which state is famous for celebrating Durga Puja?

Answer:
Durga Puja is celebrated nationwide in almost every state in India. But West Bengal stands out here as it consists of the maximum number of Bengali people.

Question 2.
What are the nine forms or avatars of Goddess Durga?

Question 3.
Why is Durga Puja celebrated?

Question 4.
For how many days is Durga Puja celebrated?

Answer:
Durga Puja is celebrated for ten days, though the last four days are the most important.