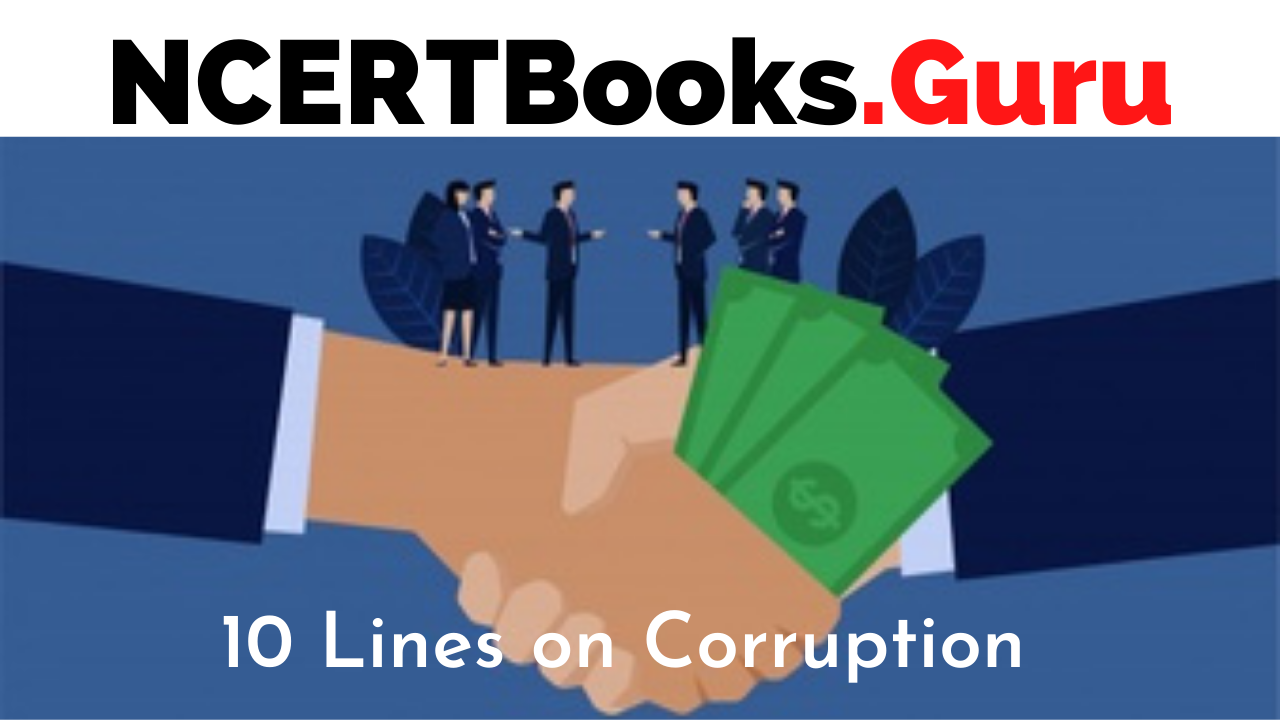 10 Lines on Corruption: No matter which country you are living in today, Corruption is a huge problem. The fact that the system has too many people running for their benefits has corrupted the entire country. No matter how much you try to change the system, the large countries face a similar issue today. With Corruption increases the considerable number of business that grows and operates at the place.

The Corruption Perception Index (CPI) has ranked India further down. The CPI ranks around one hundred and eight countries and territories around the World as perceived on the Corruption of public sectors.  Here we have assembled three sets of 10 lines on Corruption which will help the students of different grades to know what it is, and how to prevent it. The second set will help the students of classes 6, 7, and 8 to understand Corruption’s concept and how it is disrupting the entire system of the country. 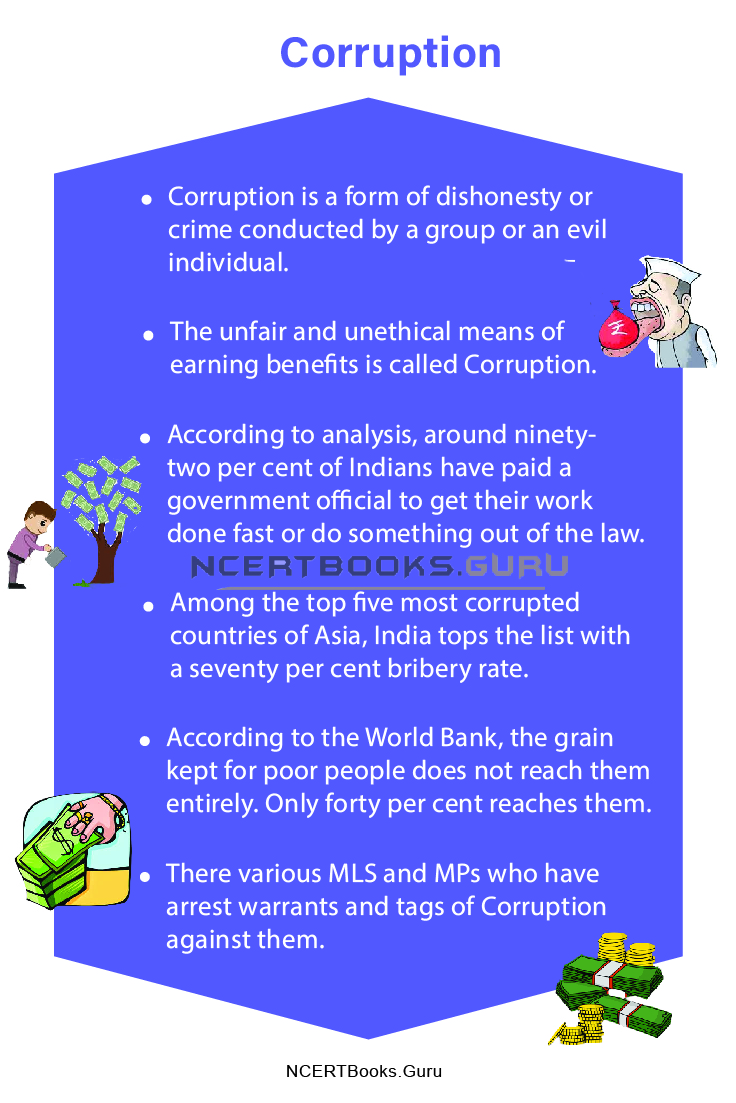 Corruption is a curse to any nation, and in India, the major part of the system is deep into the curse. It is important to know that Corruption is not only within the government officials and business owners but also in making the country’s normal people. When you bribe a government official for getting your work done is also a part of Corruption. Although various activists are working under the Right to Information act to expose Corruption, most of them are under severe life threats, and many have lost their lives.

Question 1.
What are the causes of Corruption?

Answer:
Professional ethics, morality, economic and political condition, customs, tradition, demographics, and habits are the most common causes of Corruption.

Question 2.
What are the types of Corruption?

Answer:
There are variations to Corruption. However, some of them include extortion, nepotism, cronyism, bribery, patronage, embezzlement, institutional Corruption, and so on.

Question 3.
How to detect that Corruption is taking place?

Answer:
Corruption can be detected through various processes, which are reported by citizen journalists, self-reporting, external and internal audits, and using open data web platforms.

Question 4.
How to prevent Corruption?