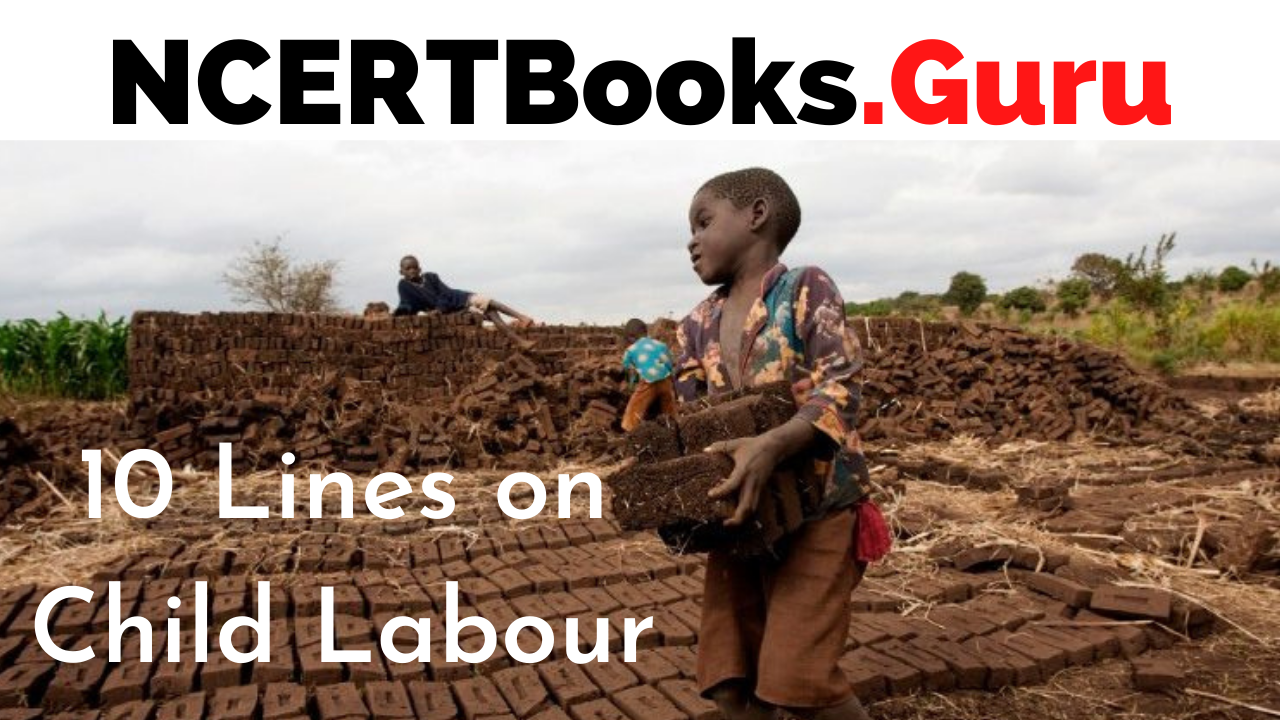 10 Lines on Child Labour: Child labour is the exploitation of children through any form of work that deprives children of their childhood, intervenes with their ability to attend regular school, and is mentally, physically, socially, or morally harmful.

Such exploitations are prohibited by legislations worldwide. Although these laws do not count all work by children as child labour, exceptions include work by child artists, family duties, and some other practices.

Child labour practice has existed to varying extents throughout history. In the nineteenth century, many children aged five to fourteen, from low-income families worked in western nations and their colonies. Globally the incidence of child labour has decreased. However, the total number of child labourers remain high. 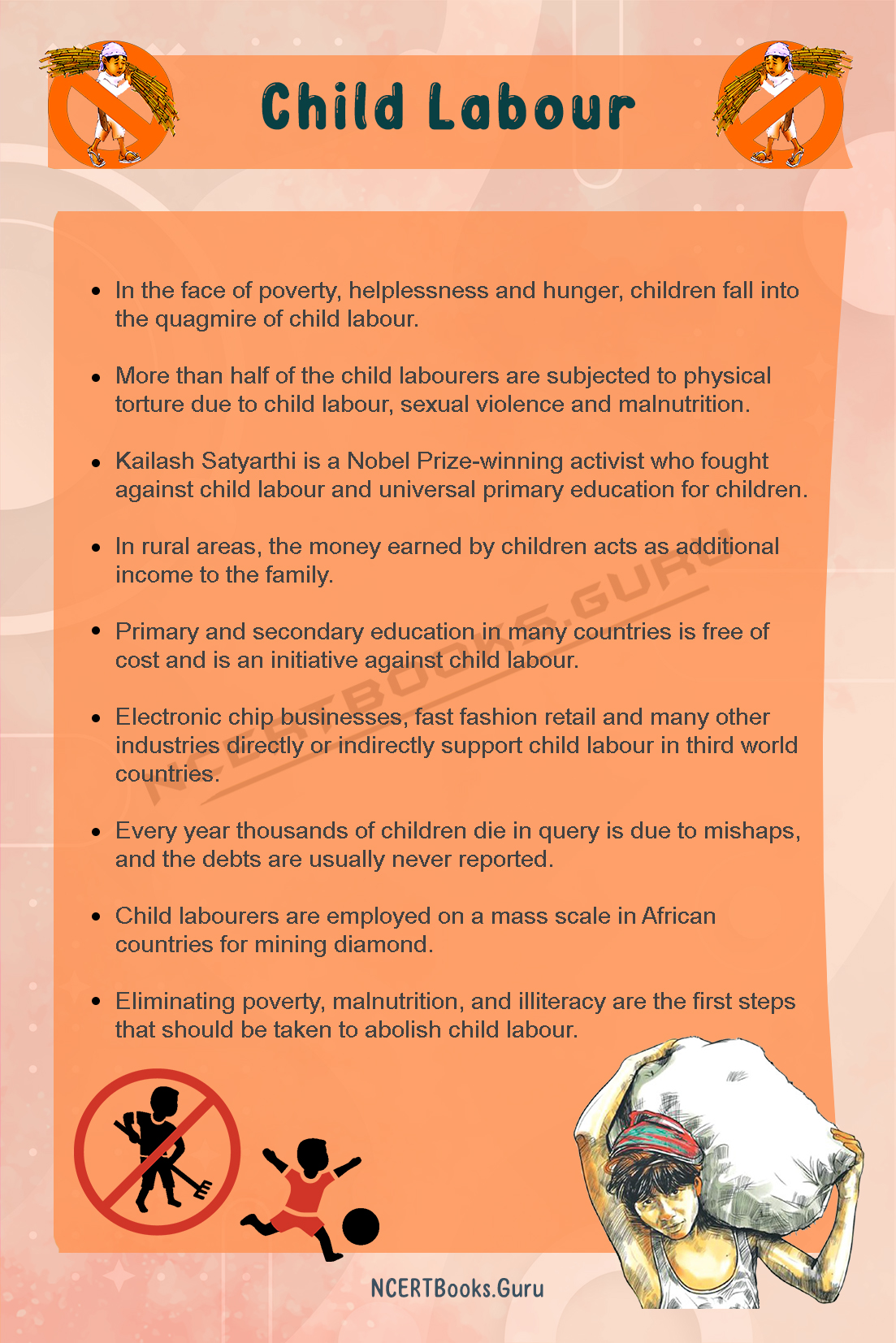 Question 1.
Where is child labour most common?

Answer:
A recent survey that ranks one ninety countries identifies the democratic Republic of Congo, Myanmar, Sudan, Afghanistan, Pakistan, Zimbabwe and Yemen as the top places where child labour is most prevalent.

Question 2.
Why is it essential to stop child labour?

Answer:
Child labour leads to lower wages and higher unemployment among adults. Children who work and do not go to school will end up in low paid jobs later, and so will their children, and this vicious cycle of poverty will continue.

Question 3.
Who is affected by child labour?

Answer:
Over one fifty-two million children worldwide are victims of child labour. Girls leave school early to do so so disproportionately to undertake responsibility for chores within their own home. At the same time, boys are more likely to lead school premature early to join the labour force. In both ways, education is hindered.

Question 4.
What are the reasons for child labour across the world?

Answer:
Poverty, debts and corruption in local politics are some of the reasons for child labour worldwide.