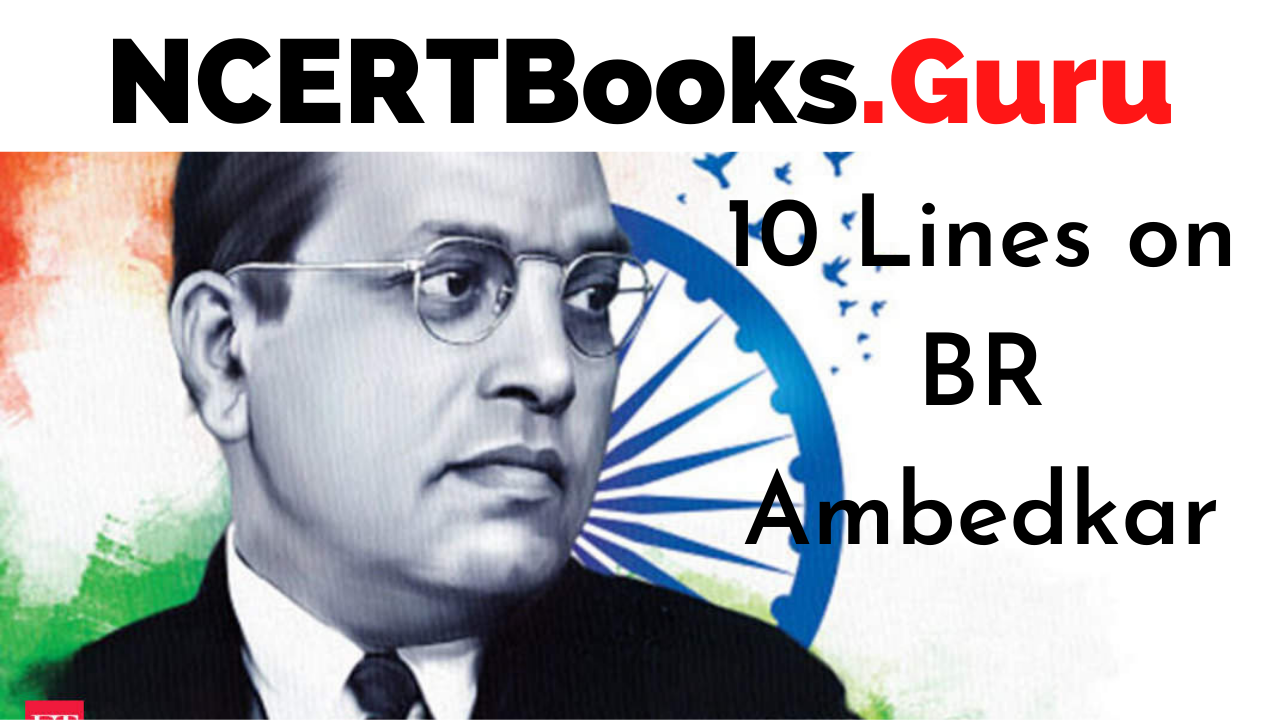 10 Lines on BR Ambedkar: Babasaheb Ambedkar who is also known as Bheemrav Ramji Ambedkar is recognized as the Man behind very secular, democratic, and the brains behind the Indian Constitution. B.R Ambedkar was an Indian Social reformer, an economist, a politician, and an Indian Jurist, he was also well known for being the face of the Dalit movement campaign where fought against all the discriminations shown against the Dalits and also the discrimination is shown on the untouchables of the nation. He helped during the struggle of India’s Independence and then went on to draft the constitution of Indian. His contribution to the constitution is what he is well known for not just in the country but all over the world, his contributions pre-independence and post-independence India is quite significant and everyone owes him for his work. 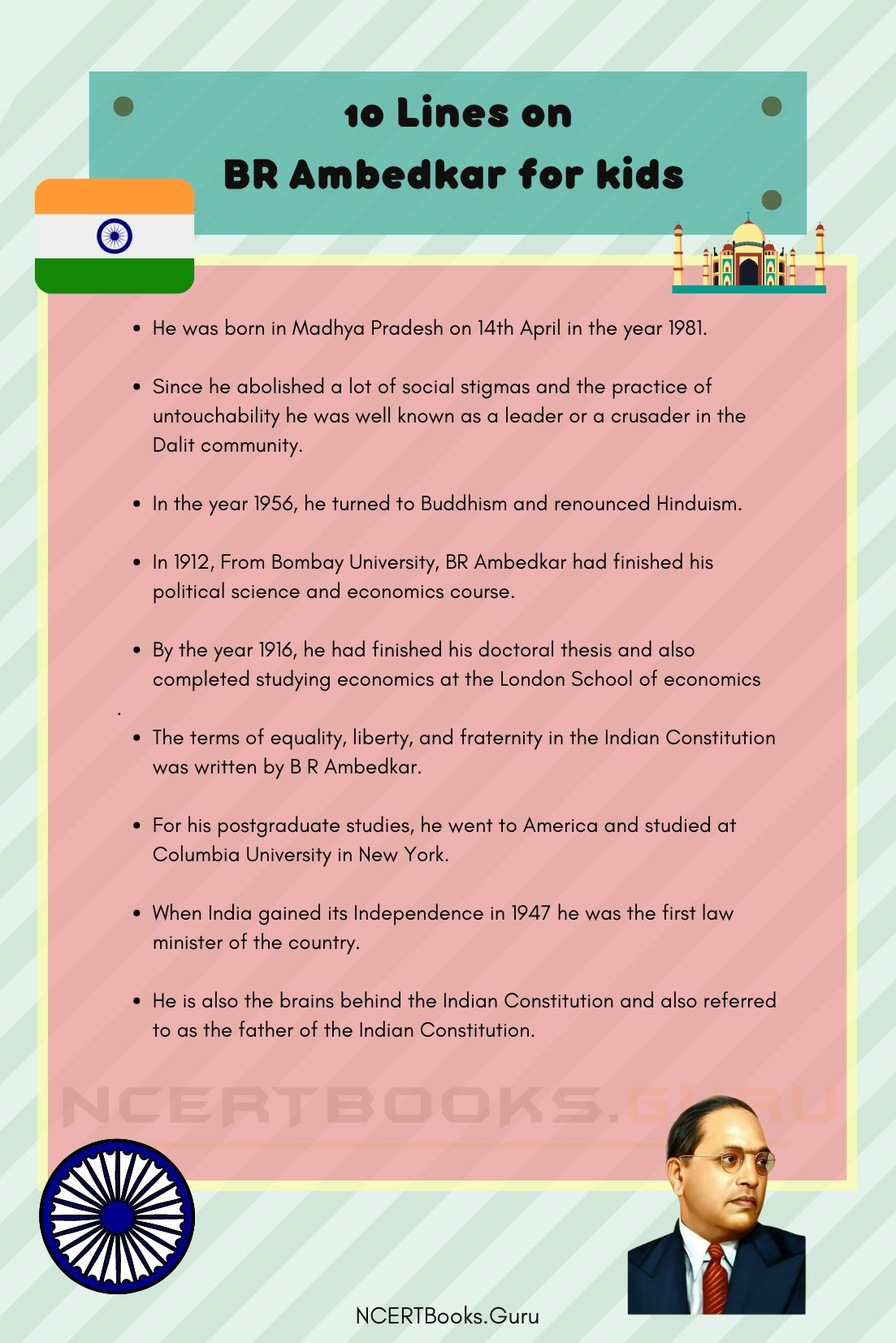 This is appropriate for students studying in classes 6, 7, and 8. 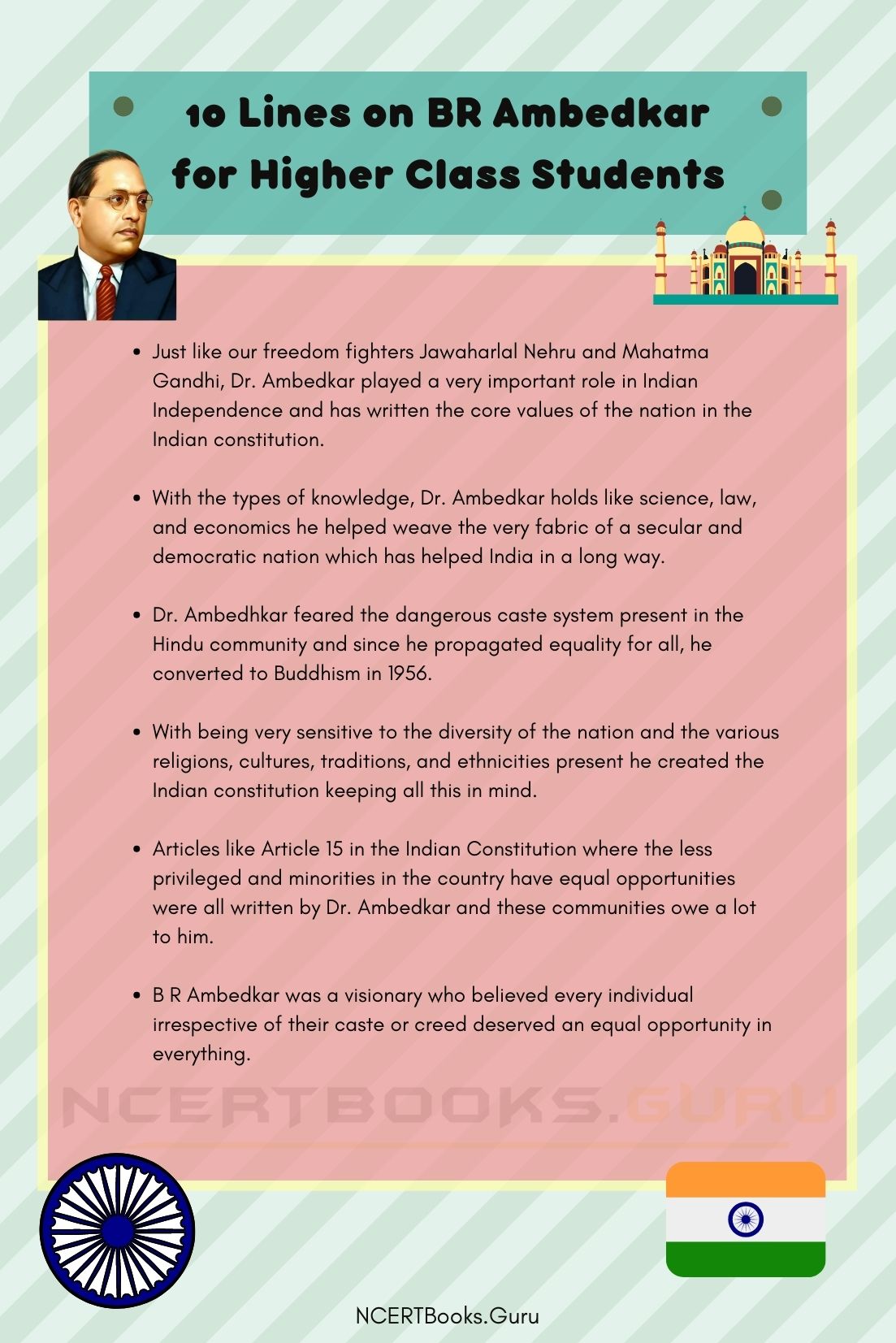 Question 1.
What are other names B R Ambedkar goes by?

Answer:
BR Ambedkar goes by many names such as Babasaheb Ambedkar and Bheemrav Ramji Ambedkar. He is known as the father of the Indian Constitution.

Question 2.
How was B R Ambedkar’s policies still helped presently?

Answer:
Bhimrao Ramji Ambedkar helped in the reservation of seats and jobs in the educational institutes for various scheduled castes and tribes in the country. He had helped uplift these communities and help them be a part of a developing nation.

Question 3.
why did B R Ambekar convert to Buddhism?

Answer:
Dr. Ambedhkar feared the dangerous caste system present in the Hindu community and since he propagated equality for all, he converted to Buddhism in 1956.

Question 4.
where has B R Ambedkar studied from?

Answer:
From the University of Mumbai University he had obtained a degree in political science and economics in the year where he obtained his degree in 1912, soon after started working for the government of the princely state of Baroda. He then went to LSE to study economics and did his post-graduation in Colombia University.