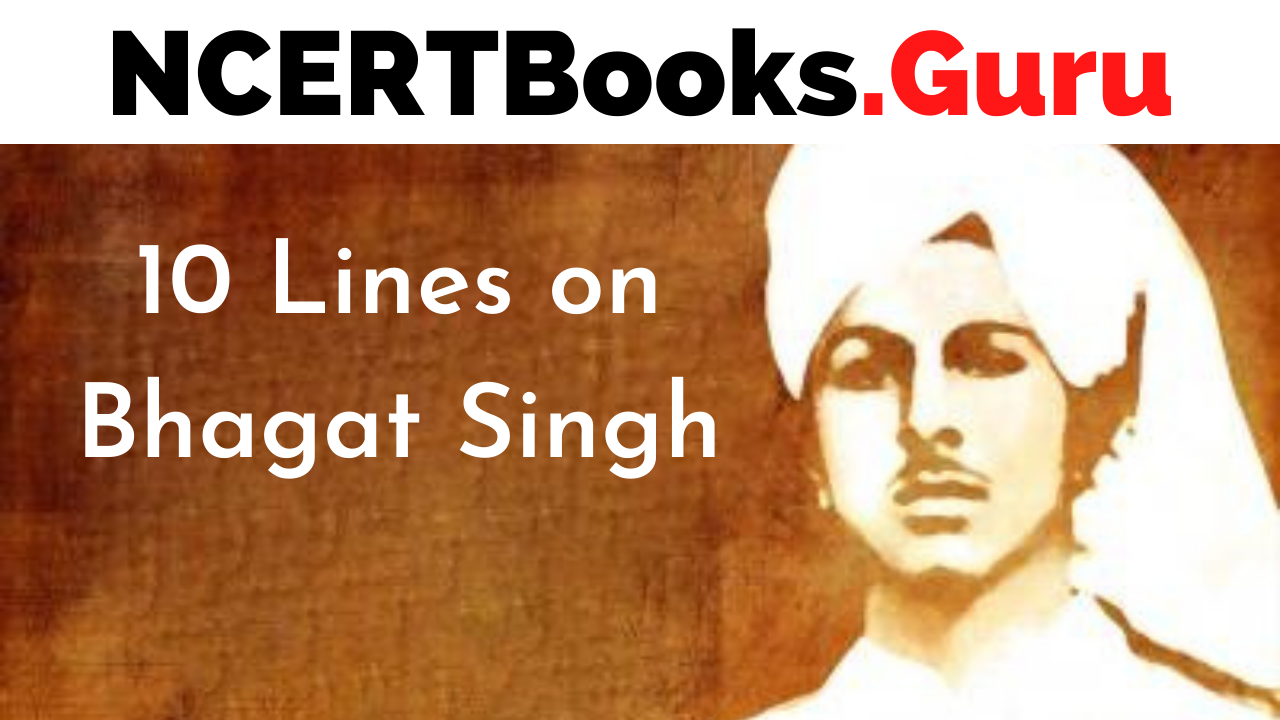 10 Lines on Bhagat Singh: One of India’s bravest freedom fighter since history is Bhagat Singh, popularly known as Shaheed-e-Azam Bhagat Singh among his comrades. He is noted for his commendable contributions in India’s struggle for freedom. Born on September 28, 1907, he belonged from a Sandhu Jat family in Punjab. His family was fully involved in the struggle for freedom and used to support Gandhiji’s ideologies. Bhagat Singh joined the Independence Movement at a very young age of only 13 years.

Bhagat Singh was a true patriot. He was immensely affected by the Jallianwala Bagh Massacre and this, in a way, shaped his strong patriotic outlook. He was disillusioned with Gandhi’s principles on non-violence. Bhagat Singh joined the Young Revolutionary Movement and decided to carry out an armed revolution against the British finally. 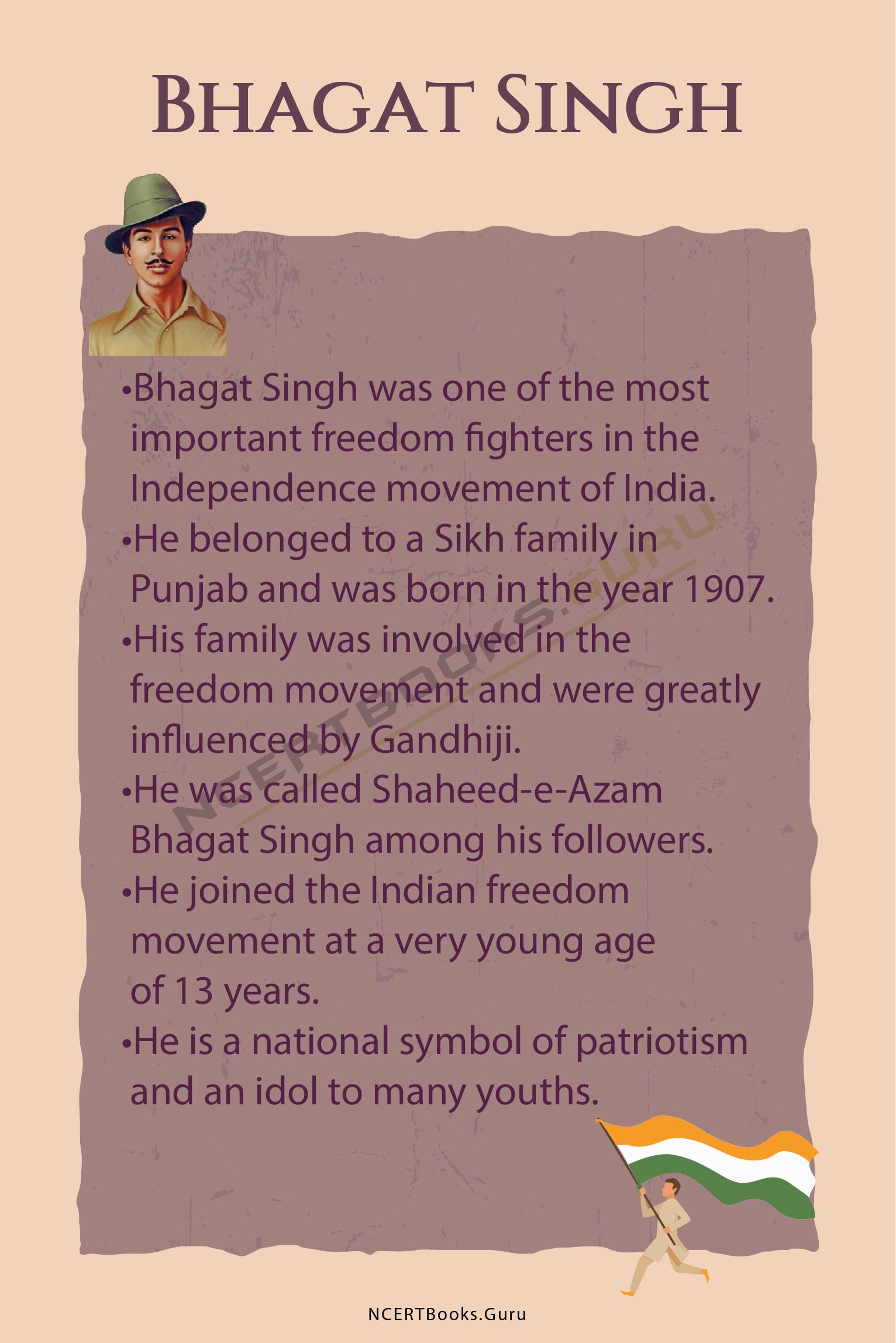 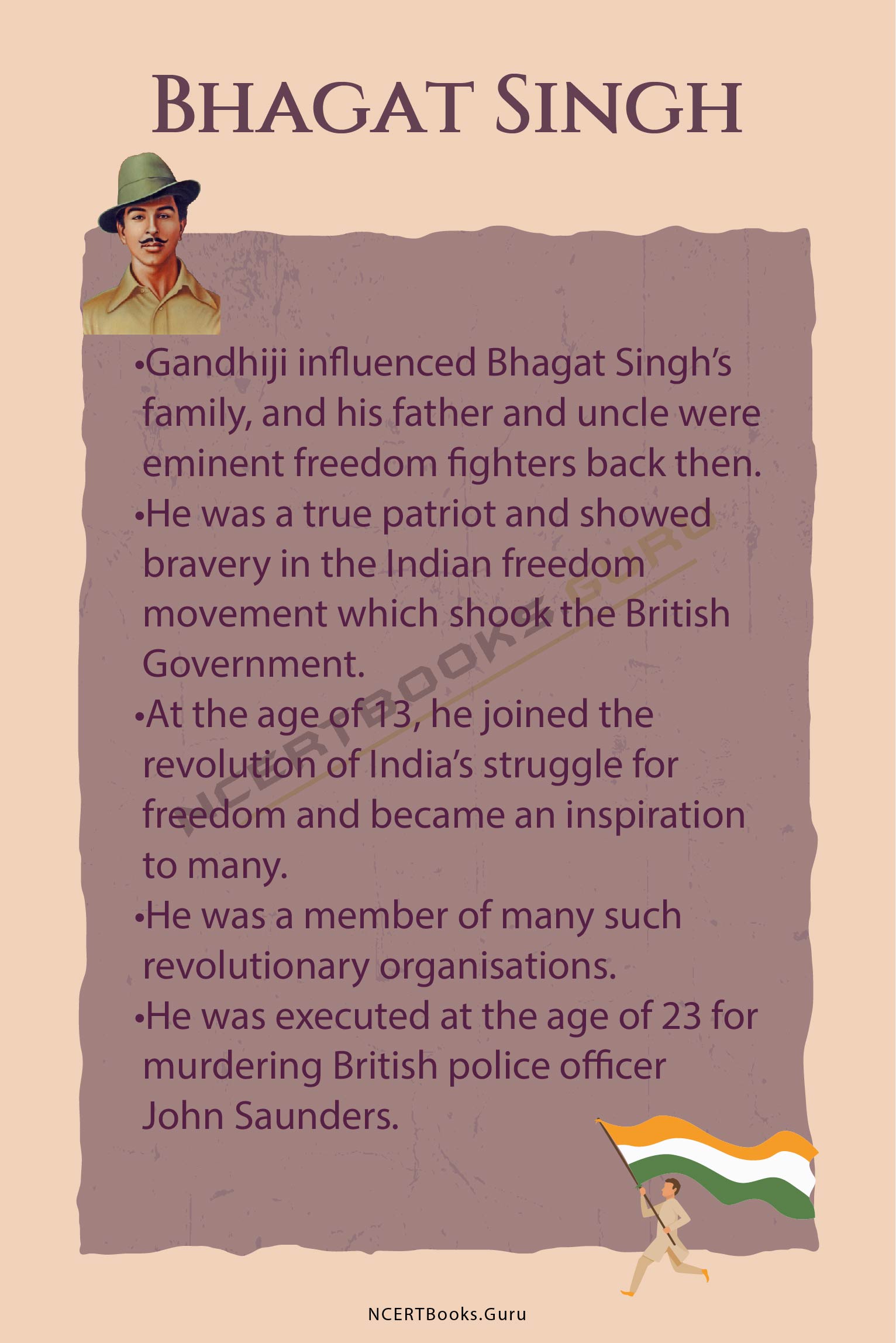 Question 1.
What are the contributions of Bhagat Singh to the Independence Movement of India?

Answer:
Bhagat Singh was an idol to India’s young generation during the time of Independence movement. He fought for injustice against prisoners while in jail. He protested against the country’s communal riots and outbreaks back then by hunger strikes. He sacrificed his life for India’s struggle for freedom and became a martyr.

Question 2.
How did Bhagat Singh die?

Answer:
Bhagat Singh avenged Lala Lajpat Rai’s death by killing John Saunders, a British police officer. He was executed for this at the age of 23 years on March 23, 1931.

Question 4.
Where did Bhagat Singh die?

Answer:
Bhagat Singh was hanged to death in Lahore in the year 1931.