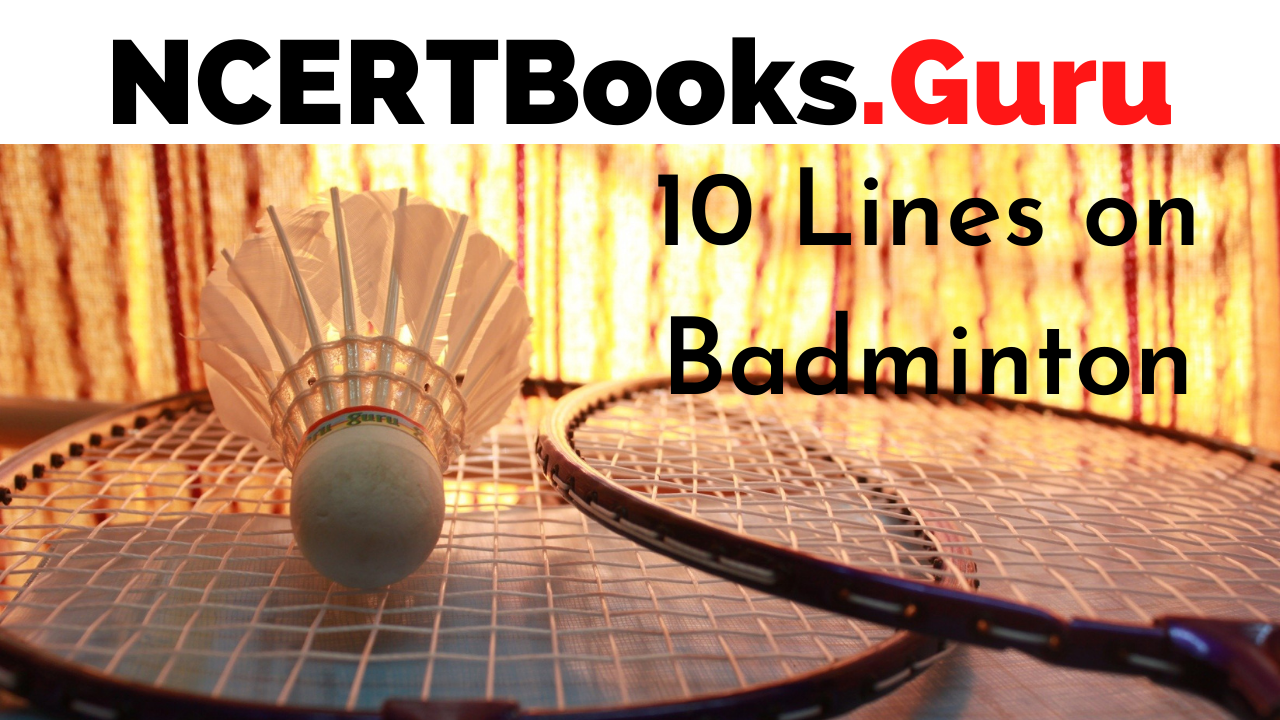 10 Lines on Badminton: Badminton is a sport usually played between two players, but group matches take place. The sport is played using a racquet and a shuttlecock. The shuttlecock has a ball at the bottom and forms a cone shape with feathers all around it.

The place where badminton matches occur is called badminton courts divided into two parts with a net. The game aims to hit the shuttlecock fast and hard to touch the ground on the opponent’s side of the court.

However professional it may seem, badminton is a sport played in every house all over the world. People of all ages enjoy playing badminton, and it is an excellent exercise for people of all ages. 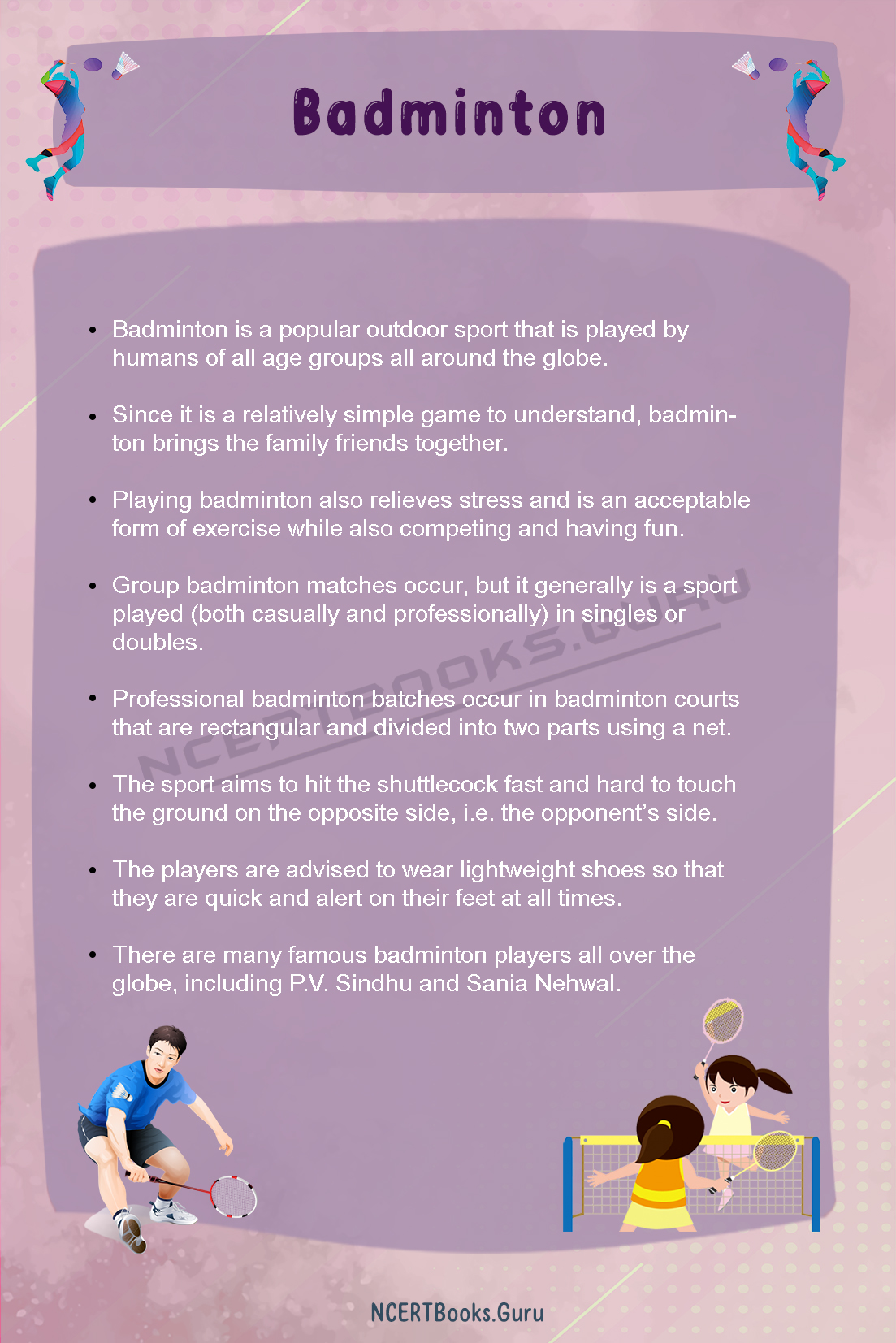 Question 1.
What is badminton played with?

Answer:
Badminton is played using a racquet (by each player) and a single shuttlecock. The racket has a rubber grip with rod and nets on the top, and the shuttlecock has a small ball with feathers all around.

Answer:
Badminton matches take place in rectangular courts which is divided into two with a net. Each side of the net is meant for each player.

Question 3.
How many people play badminton?

Question 4.
How did badminton originate?

Answer:
It is specified that badminton was played a lot in countries of Europe and developed into the modern form amongst the people of the mid-19th centuries of Britain.