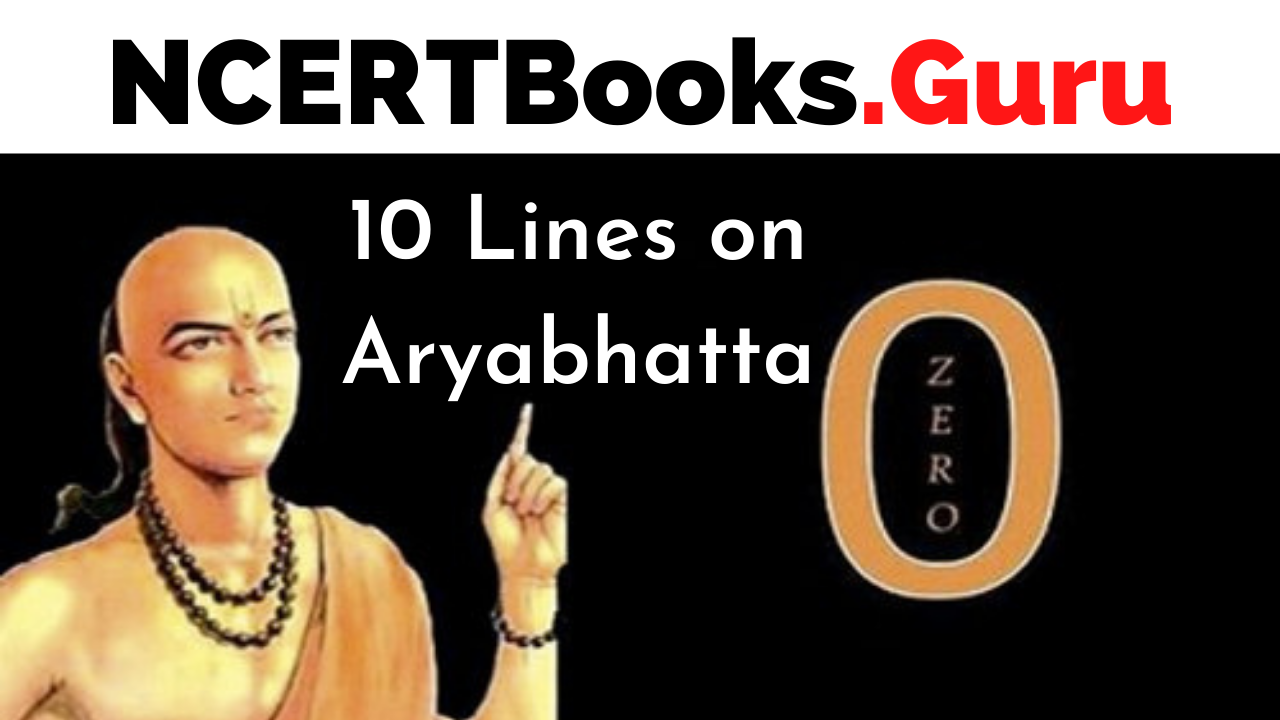 10 Lines on Aryabhatta: The word Aryabhatta means ‘zero’ and is an instant thought that hits our minds, but most of us don’t know that Aryabhatta was the person who discovered and invented a lot of other things apart from developing zero. Aryabhatta was the brilliant mind of the time and is a real success story of India on how dedication, determination, and hard work can make you a great person.

Aryabhatta is a testimony of intelligence and advanced thinking in the Indian society who discovered the theory propounded by Copernicus thousands of years ago. Aryabhatta was a significant influence on many youngsters as he excelled in academics from a very early age. His immense contributions to society through his works and theories are still remembered and honoured till date. Below, there are three sets of 10 Lines on Aryabhatta, which will be handy and practical for students looking to write essays or assignments on Famous Personalities.

The following ten lines are considerate for students belonging to the classes one, two, three, four, and five. 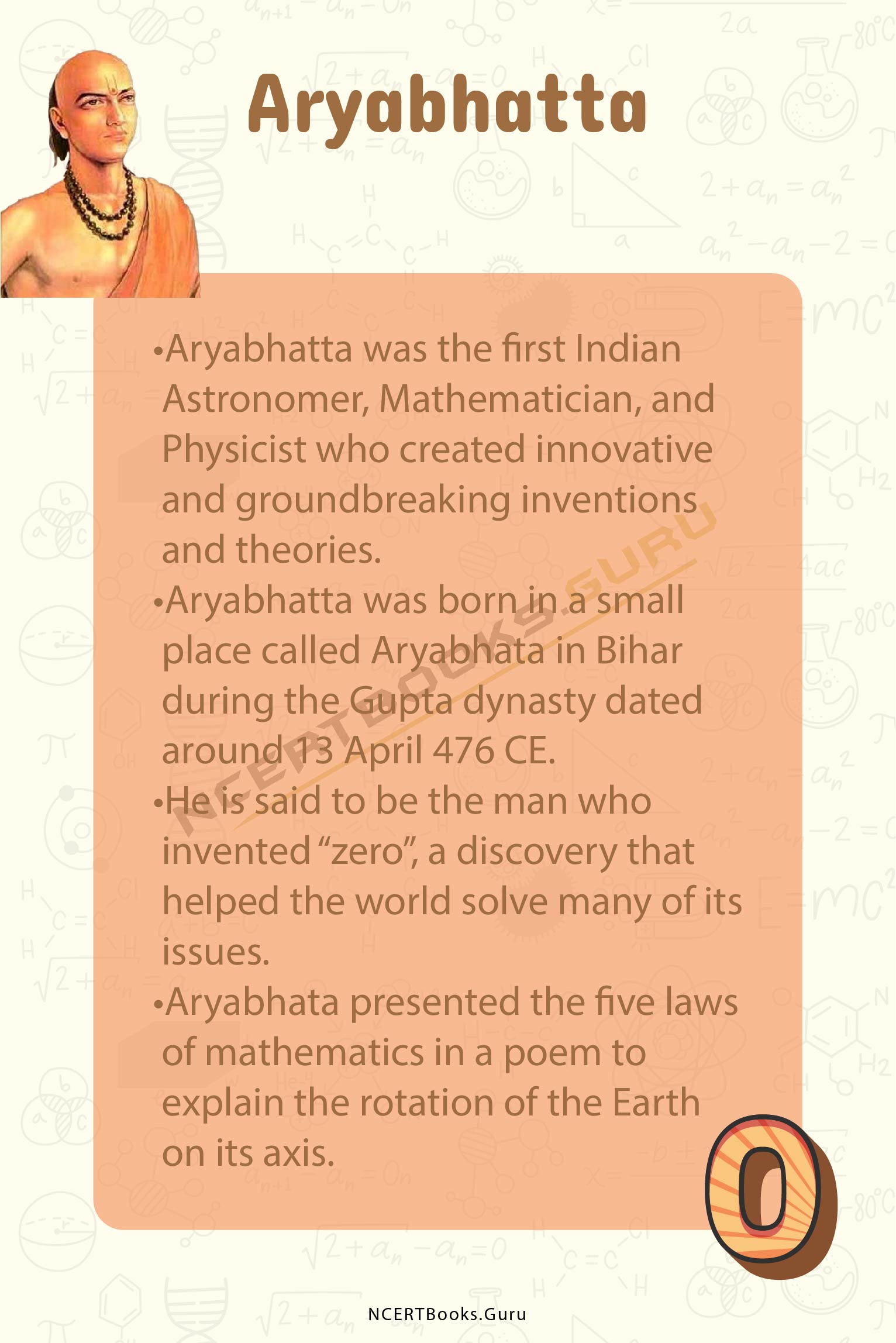 The following ten lines are considered for students belonging to classes six, seven, and eight.

The following ten lines are considerate for students belonging to the classes nine, ten, eleven, twelfth, and students applying for Competitive Exams. 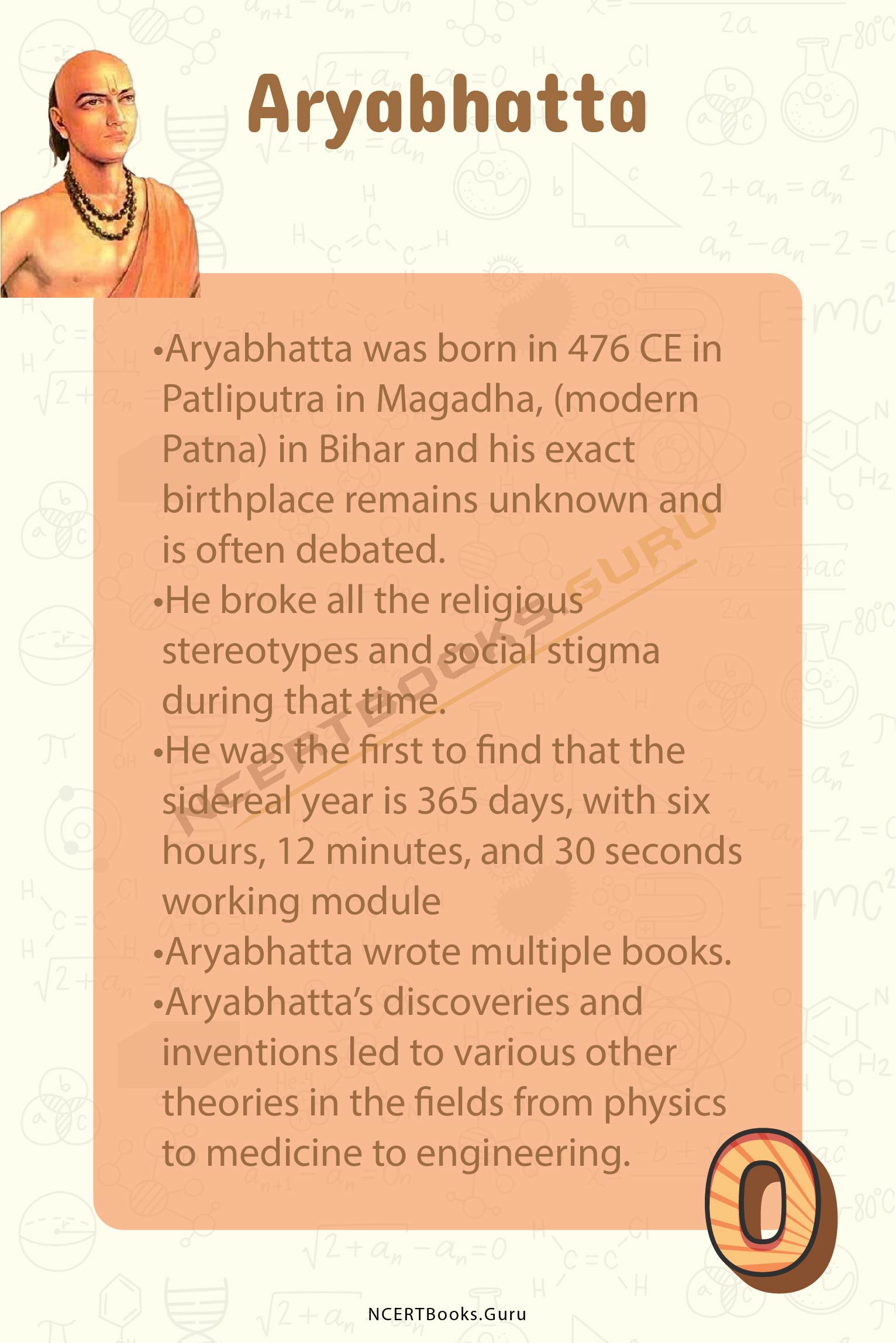 Question 1.
Where and when was Aryabhatta born?

Answer:
Aryabhatta was born in 476 CE in Patliputra in Magadha, (modern Patna) in Bihar and his exact birthplace remains unknown and is often debated.

Question 2.
What are a few contributions of Aryabhatta in the field of Science, Mathematics, and Engineering?

Answer:
Aryabhatta proposed the geocentric model of the solar system which states that the Earth is the centre of the universe and the sun, the moon, and the planets revolve around it. He also worked out the value of the mathematical constant pi (approximately 3.14) and discovered the entire model of the solar system. He put forth the concept of revolution and rotation of planets.

Question 3.
What was Aryabhatta’s theory on the eclipse?

Answer:
Aryabhata explained about the solar and lunar eclipses in his book and a proposal that describes the moon’s appearance due to the reflection of the sunlight. He also elucidates the lunar eclipse and the solar eclipse and hypothesizes that the eclipses occur by the shadow-casting of the Earth and the moon.

Question 4.
What information does the well-known book Aryabhatiya consist of?