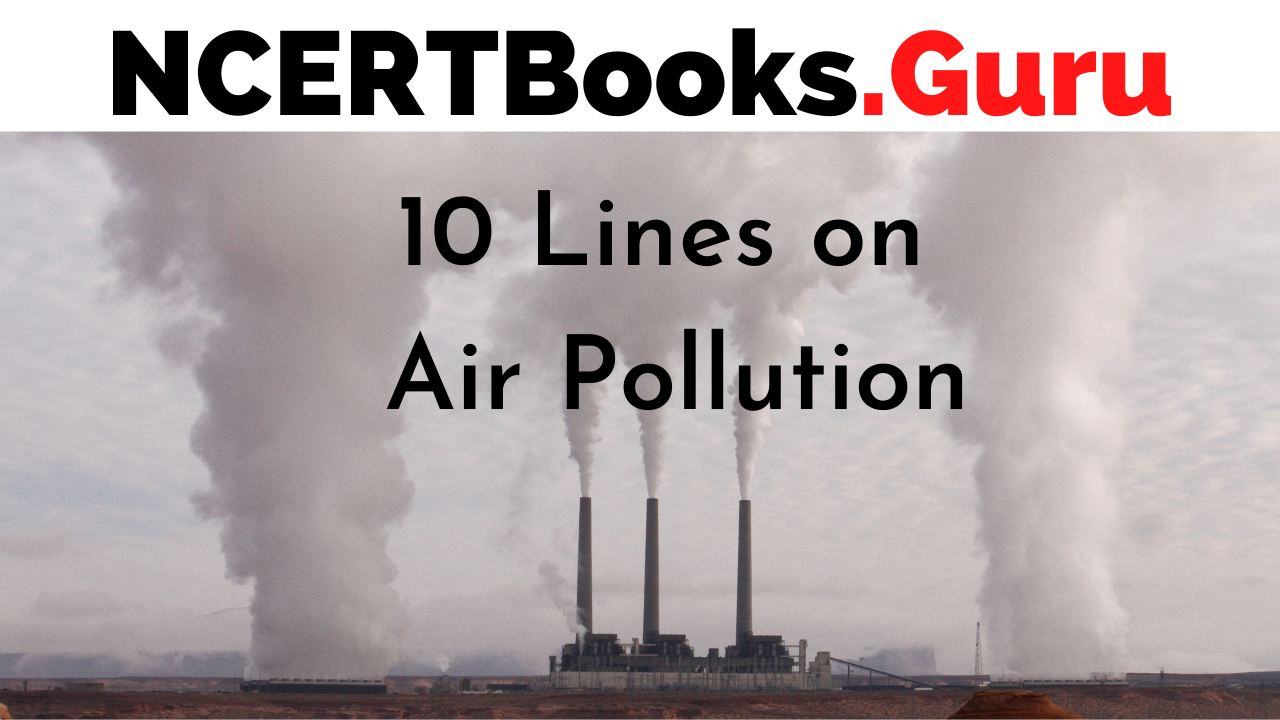 10 Lines on Air Pollution: Presence or increase in the presence of substances in the air that are harmful to living organisms, degrades the air quality, water quality, and negatively affects the climate is called air pollution. It is the detoxification of the air quality to the extent that it becomes detrimental to all humans, plants and animals.

Common air pollutants include particle pollutants, natural source pollutants, greenhouse gases, volatile compounds and ammonia. Innumerable human actions are responsible for the increase in air pollution in today’s world. An alarming number of individuals has died just from air pollution. It is a rising matter of concern, and no one should be ignorant about it. Everyone should be well educated about air pollution and work towards decreasing it to save life on Earth. 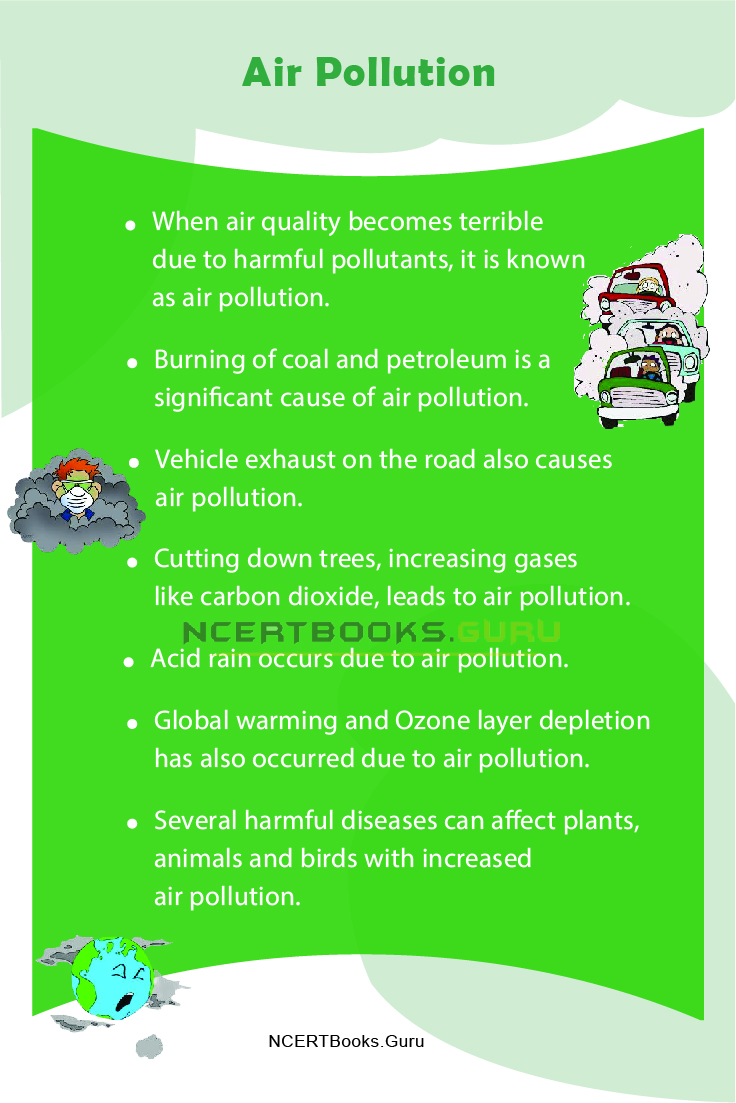 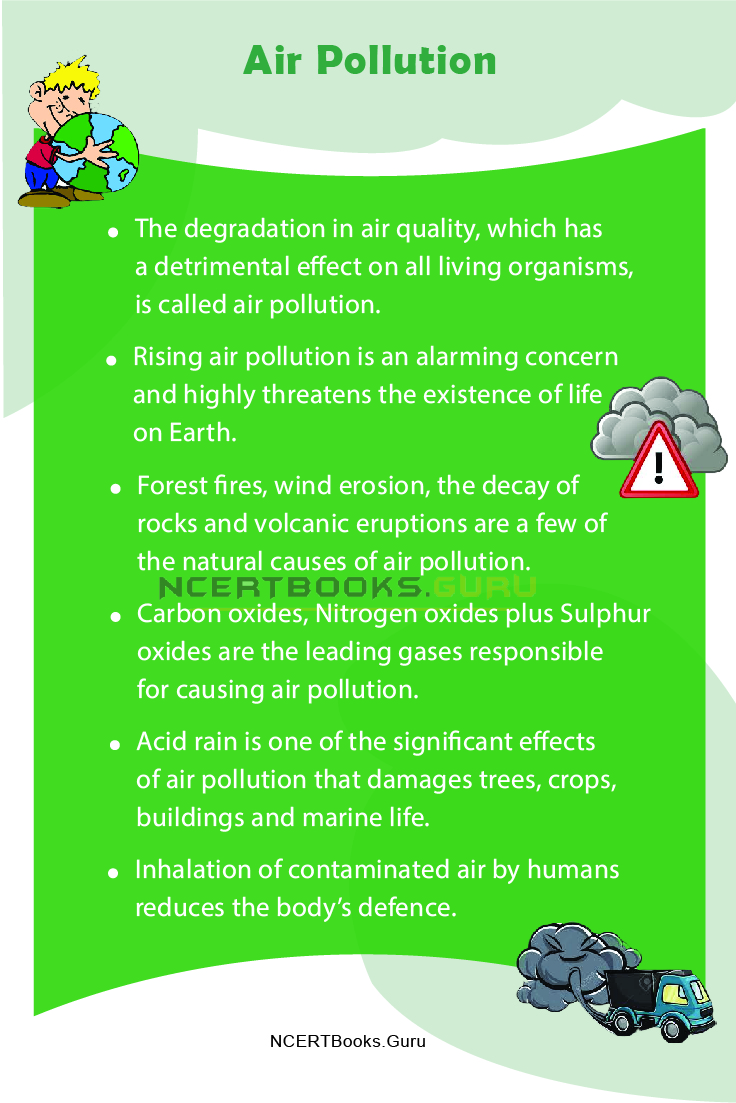 Question 3.
How to reduce air pollution?

Answer:
Abandoning automobile usage, not burning wood and petroleum, less electricity consumption, afforestation, promoted the usage of CNG, reduces air pollution by a great extent. One needs to be educated about air pollution to be concerned about it and thus take measures.

Question 4.
Which country has the most polluted air?

Answer:
Mexico leads the list of countries with the worst air pollution index followed by the United States and India.