Water Conservation Slogans: Mother Earth provided humans with a lot of gifts, and water is the most precious gift. Water is essential for all. Drinkable water is diminishing day by day globally, even where the earth is covered with 71% of water as majority of the amount of water is seawater and we cannot drink it.

In many Indian areas, water is so less in the quantity that even freshwater is nearly over. People walk hundreds of miles far to fetch drinkable and clean water for their daily use in those places. Water is an essential for all human beings, and we need to find out solutions to conserve water before it gets too late to have a single drop of water to drink.

Life is non-existent without water. Every living being requires water. It is required for agriculture and various other industries like Textiles and Garments, Beverages, Fruits, and Vegetable farming.

Slogans on Water Conservation in English

Earth is the only known planet blessed with life because of the availability of water. The unique aspect of our planet is the presence of water. We cannot imagine life here without water; thus, water is the most precious element in the world and a sign of life.

Many regions around us face deadly water scarcity due to the decline of scanty rainfalls and groundwater. In some areas, contamination of groundwater also adds to the problem. Even after knowing that we have significantly less clean water, we regularly waste vast amounts of water.

In India and around the globe, a lot of people are dying every day because of water-borne diseases. Slogans on saving water and water pollution can help you to motivate, inspire and instigate people against water pollution.You can use the following captivating, eye-opening and unique slogans on conservation of water to motivate people in various events or special celebrations in the school, college, or any social place. 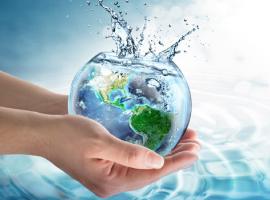 Slogans are the captivating and memorable one-liners that strive to create a positive impact on people and also helps to bring a positive change. Slogans are unique and can spread awareness to all the age groups of the society. Here, we are providing a few slogans on ‘Water Conservation’ as clean water is essential for human beings, plants, and animals.

Factors like urbanization and industrialization are also significant reasons behind groundwater overuse to fulfil the population’s never-ending demands. Save water means saving water from pollution and not just filling up our reservoirs. ‘Save life and Safe Water,’ is not just a saying. It has a profound rooted message for the whole world to understand the importance of saving water.

You can choose any of the slogans as your institute’s (School, college or office) slogan on special days like World Water Conservation Day (observed on 22nd March) and on other similar events. You may write down the slogans on placards and leaflets. The slogans are going to be adequate to create an impact on the society positively.

Following are fifteen slogans specially dedicated to saving water and for the conservation of water to raise awareness amongst every youth, every community, and everybody from nooks and corners around the globe:

1. Conserve water, save a life, save humanity, save the world!
2. For life to exist in the world, saving water is worth it.
3. Save lives around you by saving water around you.
4. Think, think, and think before wasting water in the sink.
5. Harvesting water is better than wasting water.
6. Please do not throw away the drinking water; save it for later.
7. If you choose to save water, then water will save you and humankind.
8. Please enrich the rainwater tank to save the water bank.
9. Please avoid water leakage and save it from seepage.
10. Save water for the future by conserving rainwater.
11. You can survive with love but not without water.
12. He who is thirsty can understand the importance of water, so please save water.
13. It is wrong to waste a single drop of water; otherwise, you will crave for a single drop of water.
14. You might have to look for water in the moon as the earth will soon run out of water.
15. Life is dependent on water, and saving water is dependent on you.

Slogans on Pollution in English

Slogans are a captivating method for learning new subjects. Since environmental pollution is a vital concept that everyone should be aware of, we provide you with some slogans on pollution and its effects. These one-liners are a memorable way of impacting people and bringing about a positive change.

The following are fifteen slogans dedicated to spreading awareness about pollution and its effects. These slogans are adequate to impact society positively. 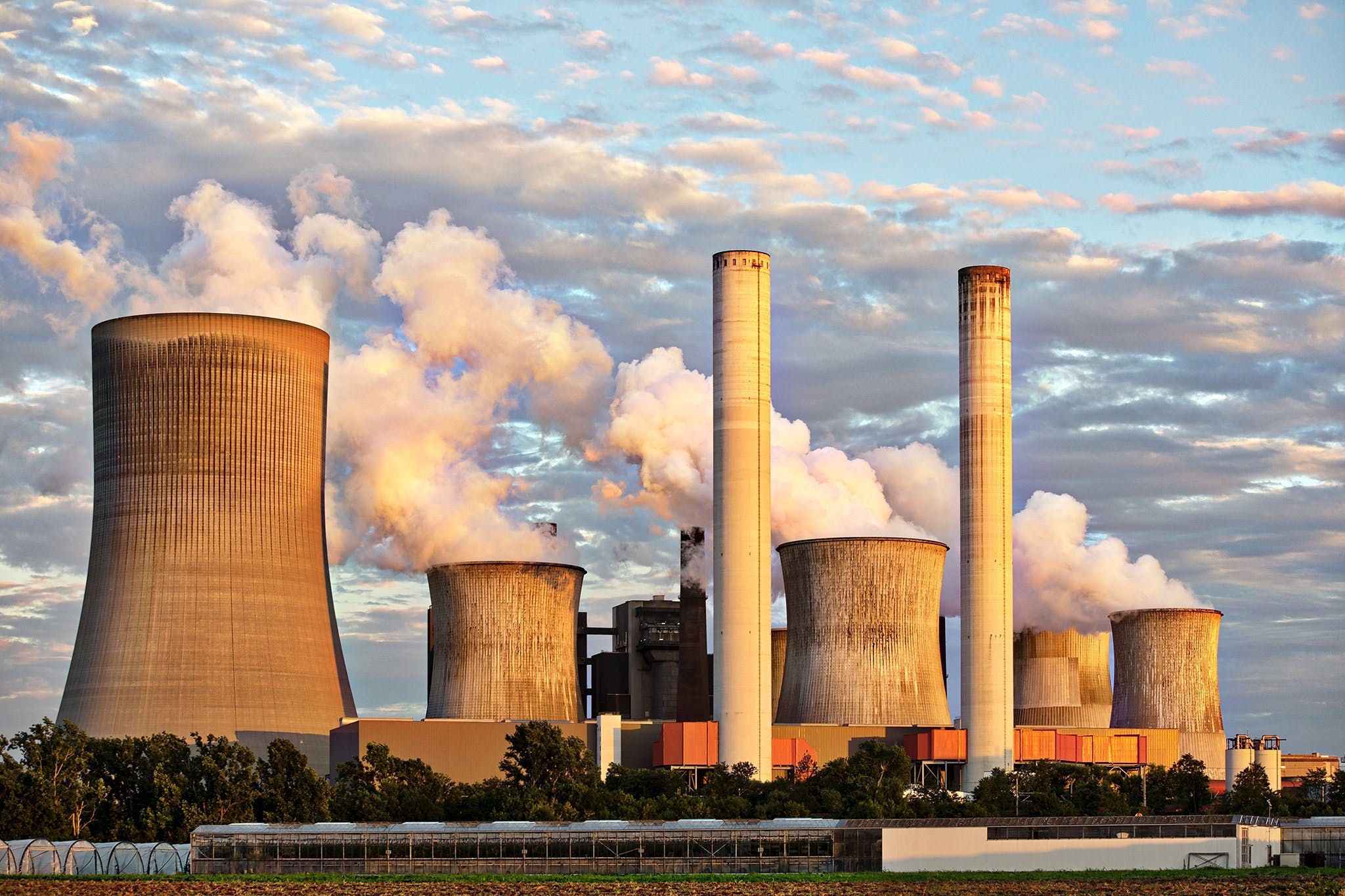 15 Unique and Catchy Slogans on Pollution

1. Instead of being a part of the pollution, try to be a part of the solution.
2. You can increase your life span by reducing the environmental pollution.
3. Pollution is lethal, so please beware before polluting our society.
4. Don’t Dump it, Donate it. Save it, Switch it off. Stow it, don’t throw it.
5. Pollution is for Polluters. Stop pollution gain more fresh air.
6. Prevent pollution, protect nature. Remember, those who create soot pollute.
7. Keep under your foot the trust of those who pollute as Polluting means killing the environment.
8. Be The Solution To Air Pollution
9. Stop pollution, plant more trees, protect your planet for your future generations!
10. Recycle and Save Your Breath.
11. Polluter is an enemy of nature, and Polluting is a criminal offense, it will penalize our lives.
12. Take a deep breath, and do not litter. Stop polluting and start living.
13. Unite against all polluters and do Not pollute mother Earth.
14. Find a solution before our future starts becoming an ILLUSION. A clean Earth needs everyone’s help, including yours.
15. All types of pollution are equally harmful. So please keep your kids away from polluters.

Question 1.
What do you mean by the effects of environmental pollution?

Answer:
Pollution affects the quality of life on Earth more than one can imagine. Even though sometimes you cannot see the naked eye’s pollutants, they are very much present in the environment. Many pollutants are creating havoc, taking away lives and increasing carbon dioxide levels are hazardous for humans. Increased carbon dioxide levels will lead to global warming.

Further, the water is polluted due to industrial processes and religious reasons, leading to a shortage of potable water. Human life cannot exist without water. Additionally, sometimes waste is dumped on the land. Gradually ends up in the soil and leads to toxicity. Land pollution is happening at an alarming rate. Eventually, we won’t have fertile soil to grow our crops. Thus, we need to take serious measures to reduce pollution to the core.

Question 2.
How can you reduce the pollution of the environment?

Answer:
You can reduce air pollution and take public transport. You may also cycle or take a pool car to reduce smoke from vehicles. It might sound hard but, avoiding bursting firecrackers at festivals and celebrations can also reduce air pollution and pollution due to noise. Above all, the adoption of the habit of recycling is significant. All the used plastic ends up in the oceans and land, which pollutes them.

Remember to reuse them as much as possible. We must also motivate everyone to plant more trees, absorb harmful gases, and make the air cleaner. When talking on a more significant level, the government must limit fertilizers’ usage to maintain the soil’s fertility. Also, industries must be banned from dumping their waste into oceans and rivers, causing water pollution.

Question 3.
What effect does air pollution have on crops, biodiversity, and food?

Answer:
Some crops are susceptible to Ozone, especially beans. For example, soybean yields can be reduced by 15% or more. There is also a knock-on effect on the climate, as the reduced growth of forest trees caused by O3 pollution reduces forests’ ability to absorb carbon dioxide and their potential to help regulate climate change.